The BlackBerry Q10 might not have been the first BlackBerry 10 smartphone to reach the market, but with its classic QWERTY keyboard it’s arguably the first proper new BlackBerry. Blending the new OS with both a touchscreen and the sort of physical text-entry functionality that BlackBerry addicts have been swearing by for years, the Q10 promises to bridge the gap between the Brave New World of touch and those for whom stabbing out an email reply wouldn’t be complete without the crackle of tiny keys. Does that make it the missing link in smartphones, or just a bygone of an era that ought to be forgotten? Read on for our full review.

The Q10 may be outwardly very different from the first BlackBerry 10 device, the all-touch Z10, but internally it’s pretty much the same device. The 1.5GHz dualcore Snapdragon S4 Plus processor paired with 2GB of RAM and 16GB of storage, are all identical, along with the microSD card slot, 8-megapixel rear camera, and 2-megapixel front camera. The Q10 also has WiFi b/g/n, Bluetooth 4.0, and NFC, along with a microHDMI port (which will need an adapter, not included, to plug into a regular HDMI input) alongside a microUSB port. 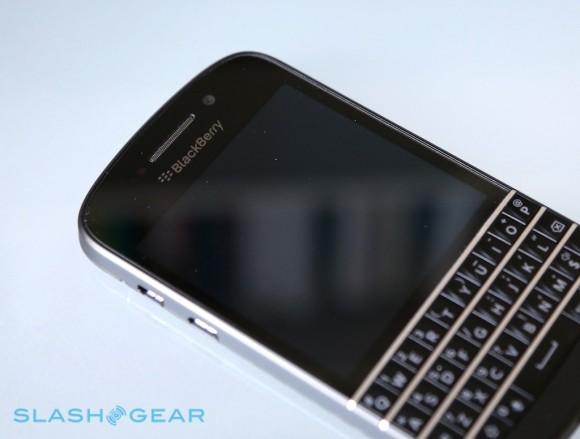 The key difference is obvious, however. Where the Z10 has a 4.2-inch 1280 x 768 display, the Q10 shrinks that down to 3.1-inches and 720 x 720 resolution; it also uses an AMOLED panel, rather than the LCD of the Z10. Using a smaller screen leaves room for the Q10’s four row keyboard – more on which in the next section – that spans the entire width of the phone.

Overall, it’s a broad but stubby device, at 2.62-inches across filing your palm more than the 2.58-inch Z10, but shorter at 4.7-inches. Accommodating a physical keyboard does make for a thicker phone, however, at 0.4-inches, and a slightly heavier one, at 4.9oz. The weight is nicely spread, however, meaning it doesn’t feel top-heavy when you’re typing, and it’s easy to shift your fingers between the QWERTY and the touchscreen.

BlackBerry’s traditional row of buttons in-between keyboard and display are missing on the Q10, which means the only other physical controls are the power/lock key on the top edge, and the volume controls on the right edge, flanking a voice-command button. The 3.5mm headphone socket is also on the top, while a reasonably sized speaker is on the bottom edge, meaning it won’t be blocked no matter whether the Q10 is placed face-up or face-down on the table.

We criticized the BlackBerry Z10 for its uninspiring aesthetic, which felt almost like the company had been so caught up in developing the OS, it had forgotten it needed to design hardware too. The Q10 uses the same dense black plastic, sturdy but lacking in the premium feel of the metal iPhone 5 or HTC One, but jazzes things up with a carbon fiber effect to the rear. Opinions on how successful that is were mixed; some thought it enlivened the Q10 up in a much-needed way, while others argued it makes the phone look relatively cheap. Still, the soft-touch finish is easily gripped.

Keyboards have been BlackBerry’s bread & butter for years, and have arguably kept the company afloat despite rival platforms steadily eclipsing BlackBerry 7. As you might expect, BlackBerry doesn’t mess with the formula too much on the Q10, the only real difference being the regimented layout that lacks the bow of previous models. 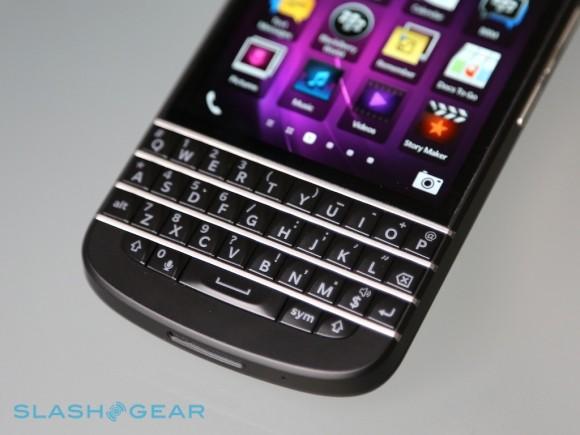 Curved or not, it’s a great keyboard to type on. One-handed, you can just cradle the Q10 with your middle and ring fingers and punch at it with your thumb; again, the excellent weight balance left us with no concerns the phone would tip out of our hand as we did so. Spare two hands and it’s even better, the Bold-style beveling to the key caps neatly cupping your thumbs and helping keep accuracy high. Altogether it’s a sturdy little thing, and we quickly got into the habit of punching replies and tweets on it.

The question is, of course, whether it’s better than the on-screen keyboard of the Z10. BlackBerry 10 does some interesting things with auto-prediction, notably floating the suggested words over the likely next letter and allowing you to select them with a simply flick of your fingertip, and it’s a system we found worked very well. Practically speaking, after getting accustomed to the Z10’s touch system, we were able to hit the same rate of text-entry as we could on the Q10, which suggests that, for the mainstream at least, having the flexibility of a bigger display may be more beneficial. 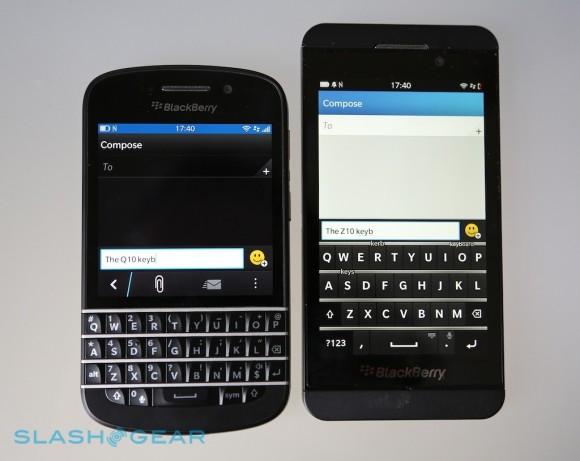 BlackBerry 10 is a considerable improvement on the versions that came before it, combining elements of Android, Windows Phone, and iOS with the Canadian company’s own twists. We covered it comprehensively back in our Z10 review, which we’d recommend reading first. At its core are a new series of gestures which are used to navigate without a dedicated Home button, among other things. So, a swipe up from the bottom of the screen takes you back to the homescreen, while pulling your finger partway up – what BlackBerry calls the “Peek” gesture – pulls in first a column of notification icons, and then hops into the unified inbox. 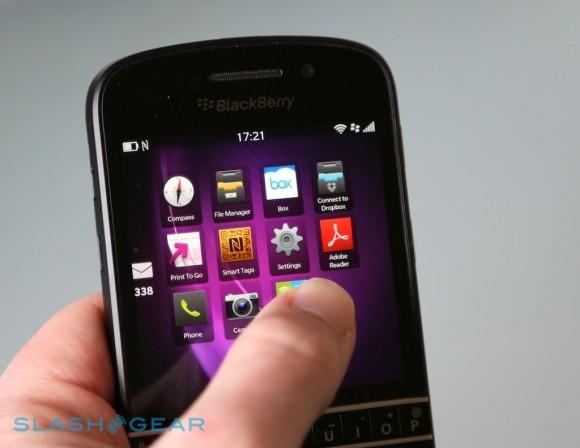 It works well on the touch-exclusive Z10, but the layout of the Q10 can leave the gesture system feeling touch & go at times. The most common is the swipe-up with your thumb, but the proximity of the bottom of the touchscreen with the top keyboard row leaves little room to start your finger off in the right place. All too often we ended up tapping options or scrolling through lists rather than “Peeking”, with the Q10 assuming we were swiping the display rather than gesturing. 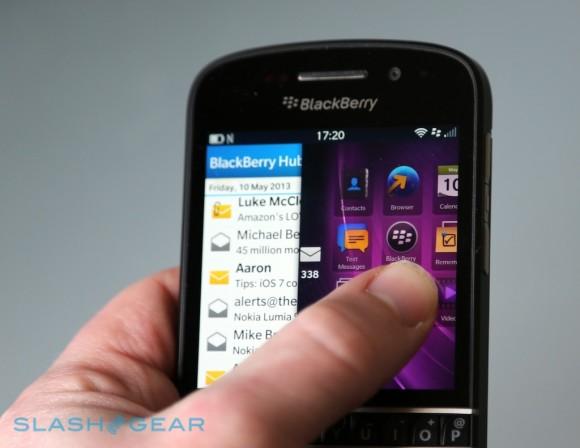 The solution seems to be actually starting your gesture from the keyboard itself, though we then had a few inadvertent text entry moments with that workaround. What we’re still not 100-percent convinced by is the usefulness of “Peek”; just as with the Z10, we found getting a glimpse of new notifications – i.e. that they exist, not any sort of detail as to what they are – simply wasn’t something that made a half-Peek worthwhile to us. As soon as the red LED light above the display started flashing, we swiped all the way across to the inbox instead.

Out of the box, the Q10 runs BlackBerry 10.1, a dot-one update on what the Z10 is using. The changes are minor, though side-by-side the Q10 feels a little more immediate than the occasionally laggardly all-touch phone. Biggest difference – and the one which perhaps takes best advantage of the hardware ‘board – is universal search actions, which allows you to trigger tasks like new messages, reminders, tweets, and more by typing straight into the search box. 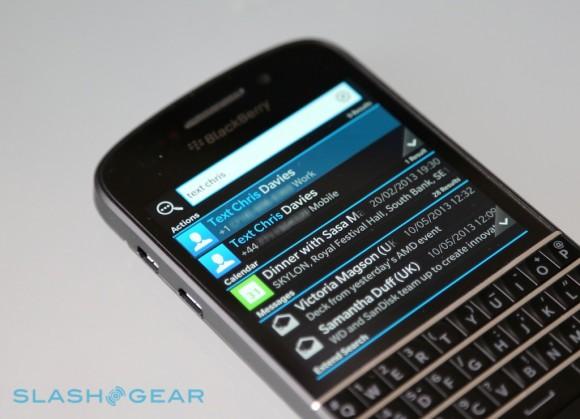 It works particularly well on the Q10, because the universal search pops up as soon as you start hitting the keys. So, begin tying “Text XYZ” and at the top of the list there’ll be two options from your address book to send an SMS to. If you have more than one contact with the same name, or more than one number for the same contact, you can tap the expand button and see the full list of potential recipients. 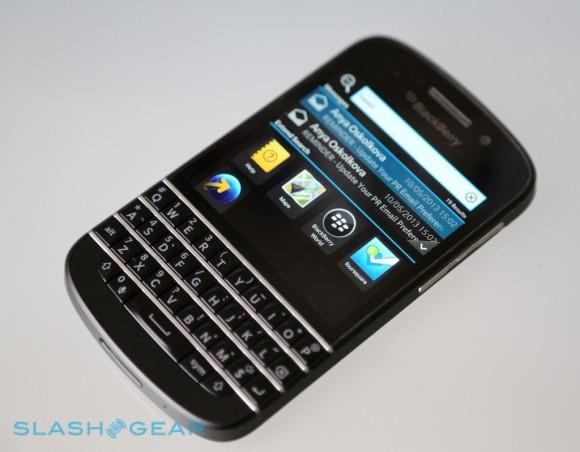 The flip-side of all that usability is the relatively limited amount of screen real-estate for apps. At 3.2-inches and 720 x 720 resolution, the Q10 has a small display compared to what we’re used to from modern smartphones. The browser, for instance, supports everything you’d expect to show full webpages, but they’re crammed into a small window; BlackBerry 10 then makes the space even more confined with its persistent address/search bar running along the bottom. Whereas the page title only shows when you swipe down from the top edge, the bar for switching tabs and entering URLs is fixed, unnecessarily taking up space. 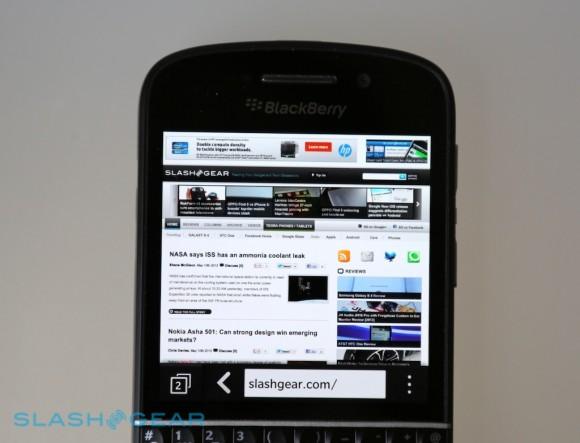 With the same camera hardware as the Z10, it comes as little surprise that, for the most part, the Q10 puts in an identical photography showing. That’s unfortunately not among the best devices we’ve tested in recent months: colors are somewhat drab in all but the best outdoor lighting, but zoom in or step into a lower-light situation and the noise starts to make itself known.

Similarly, video recording at up to 1080p is supported, but you’ll want to be filming it during daylight hours if you don’t want noise and artifacts.

BlackBerry 10.1 adds an HDR camera mode, which fashions images with better dynamic range out of two shots taken in rapid succession. If you’ve a sufficiently steady hand, it works, spitting out images where detail in darker and brighter areas is more clearly visible.

However, we found the HDR mode to be more susceptible to shake than similar settings on rival phones, and even a little movement could ruin a frame with ghosting. There’s also the ability to shoot stills in 1:1 aspect ratio, which certainly fits the Q10’s own display, but look a little strange everywhere else.

Many smartphones seldom get asked to make more than the odd voice call, but BlackBerry knows its audience demands solid voice quality and enough volume to serve impromptu speakerphone use. We had no problems with dropped calls, testing on Vodafone’s 3G network, and the positioning of the speaker – on the bottom edge – meant that speakerphone calls came through loud and clear. 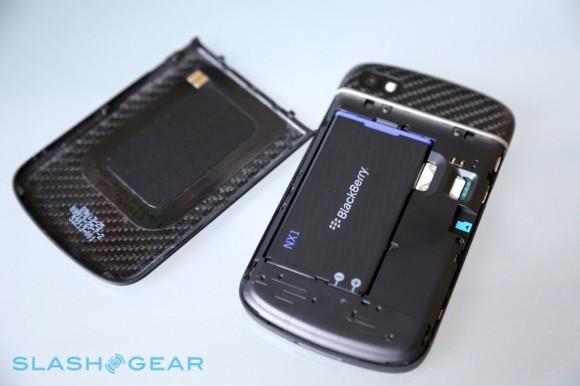 Battery life is also impressive. The Q10 uses a removable 2,100 mAh pack that’s plenty large enough given the relatively compact screen. BlackBerry has even taken advantage included some darker color schemes for BlackBerry 10 apps, to take advantage of the fact that AMOLED uses less power for dimmer parts of the display.

The upshot is a phone which will last the full day without pausing for breath. BlackBerry quotes up to 13.5hrs of 3G talk time or up to 14.8 days of 3G standby (or up to 60hrs of solid music playback); in practice, with push email turned on, and regular use of the browser, camera, multimedia playback, and other apps, we made it to the evening with juice to spare. 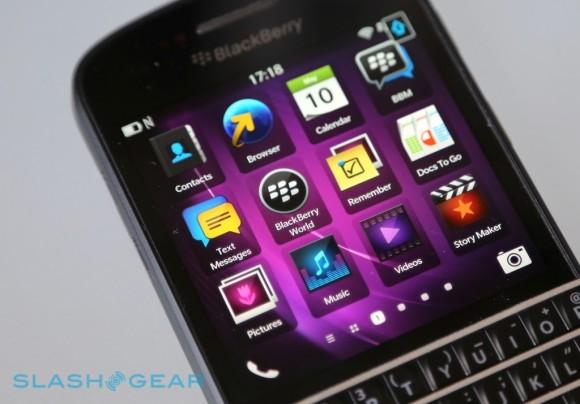 Choices are slim if you’re in the market for a smartphone with a physical keyboard. The rise of all-touch, the flexibility of a big display, and the growing accuracy of on-screen keyboards means that the usability arguments for taking up half your fascia with a QWERTY layout are slimmer than ever. That’s not to say the audience is nonexistent, but it’s certainly smaller than it once was, and physical buttons no longer mean the most productive device. 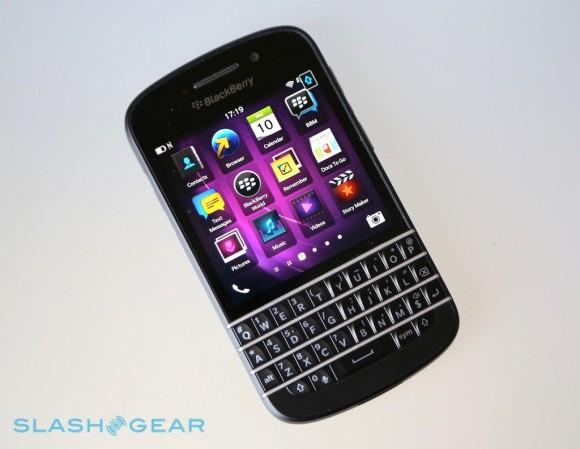 BlackBerry is a company still very much in transition, and trying to find its feet in the process. For existing users, the Q10 is an obvious upgrade: it’s the best QWERTY BlackBerry to-date, BlackBerry 10 is a solid step up from what came before it (even if there are still plenty of rough edges), and the tactile key-feel they covet is there in spades. For that group, only the combination of BlackBerry software and a hardware ‘board will do.

Problem is, that group is also a shrinking one, and what were previously the inescapable advantages of a QWERTY device – like unsurpassed typing accuracy – are no longer so clean-cut. Typing on the BlackBerry keyboard is great, but then so is typing on the Z10’s clever software keyboard, and indeed most other modern smartphones. That leaves the Q10 feeling a lot like a sop to keep the old-school users happy, while the rest of the market goes in a different direction. If you’re wedded to keys then the Q10 is the BlackBerry – and potentially the smartphone, period – for you, but for the everyone else it’s more like proof that the days of physical keyboards are behind us.