The folks at Research in Motion have revealed their BlackBerry 10 Dev Alpha device, a smartphone which very clearly speaks to Apple in the same way their Australian “Wake Up” campaign has this past month. RIM revealed today that they were and are behind the Wake Up campaign in Australia in which their ultimate aim will be to show how Australians want to “do business” in the country – not with Apple, we must assume. So what BlackBerry 10 will be launched with is a developer model smartphone that looks strikingly like another well-known smartphone. Does it ring any bells for you?

Look at the comparison between models below and let us know what you think. The reason RIM has chosen to use a model smartphone such as this is to show off the software in as simple an environment as possible. Since this device looks so extremely similar to the iPhone, does this mean RIM will be demonstrating how the software can improve on iOS in the same casings? Or will future BlackBerry devices simply improve on this model, this model meant to represent only the lowest-grade model, then compared to the iPhone with RIM saying it’s less than perfect? 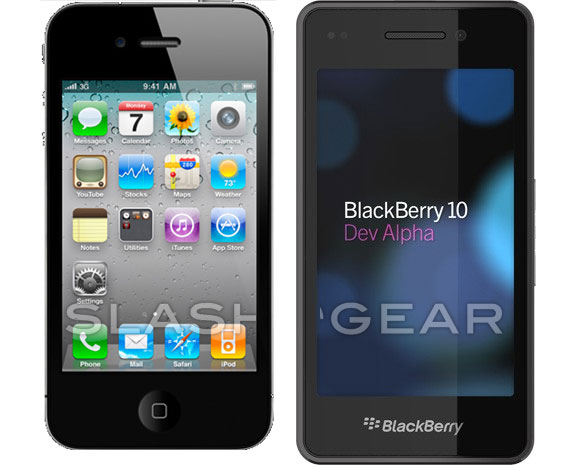 BlackBerry 10 is an operating system that’s set to revolutionize the way people interact with the smartphone environment, with BlackBerry needing to capture their attentions the world over in order to allow RIM to stay afloat this year. The Dev Alpha prototype device will have a 4.2-inch screen with a 1280×768 resolution, 16GB of storage, and 1GB of RAM. Also included will be a microSD card slot as well as a mini HDMI port. 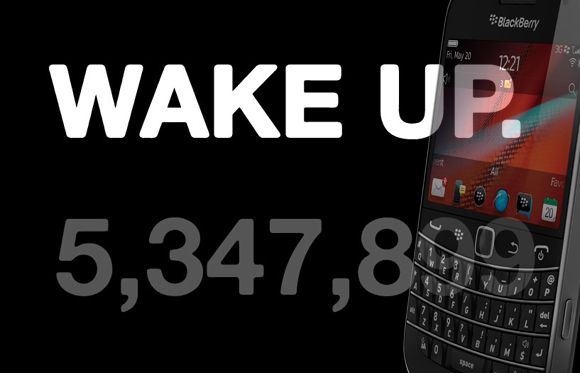 Will this be enough to allow RIM to back up their rather loud campaign in Australia? And why didn’t they extend the campaign over to the USA? Perhaps RIM is planning on working internationally in a much more strong fashion, leaving the USA to fend for itself in the business world with Apple and Android. Not likely! Remember that RIM has three goals for BlackBerry World 2012 – let’s see them access the whole set!