Today the average price of bitcoins to dollars dipped below the McAfee bet curve. McAfee predicted back on July 17th of 2017 that one Bitcoin would be worth $500,000 “in three years.” Bitcoin went from around $2.2k to $19k by the end of the year. According to the mathematics behind McAfee’s prediction, bitcoin pricing just went below the curve. Either it’s time to bounce up, or the world is ending… maybe.

With the original bet, McAfee’s model needed a rate of growth of 0.4841% per day. That’s according to user raumi75, who placed his “McAfeeTracker” on Github for all to behold. According to this model, today is the first day since the original bet that the price of Bitcoin falls below the exponential growth line.

Of course, that’s with steady growth. If you take the chart back to zero, growth actually went below the steady growth line more than once. It’s as if the growth of Bitcoin’s worth is unpredictable, ever so slightly! But peep this: look at how steady the entire lifeline of Bitcoin is with this 0.4841% per day steady growth since the 1st of January, 2011. It’s sort of unbelievable. 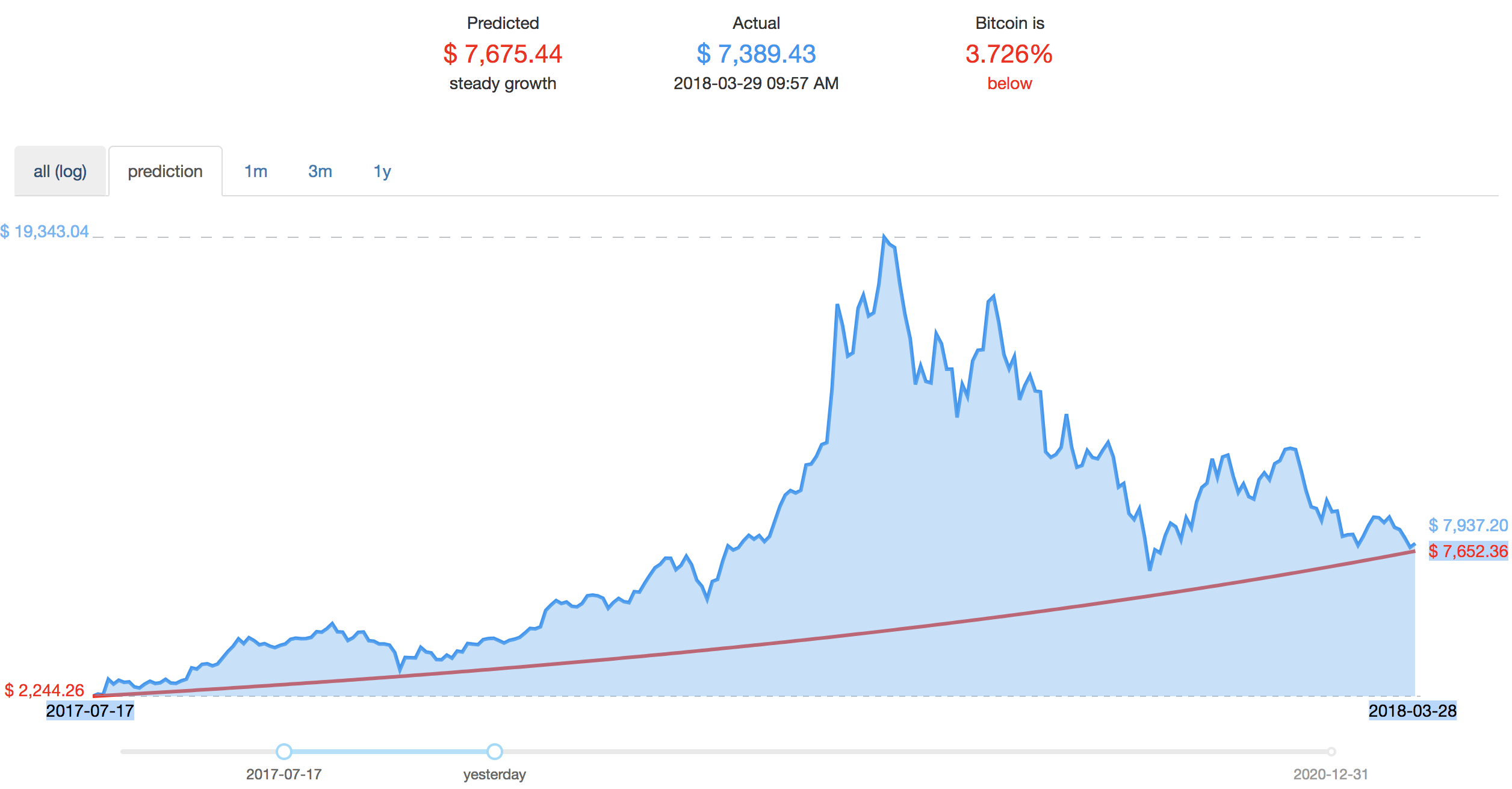 ABOVE: Short Term, since the bet. BELOW: Long Term, back to the beginning.

While there’s no perfect way to predict the price of Bitcoin – or any investment – this one seems pretty gosh-darned solid. Mathematics on the curve right here seem to be pretty much on-point. That’s not to say something wildly, irresponsibly unpredictable might not happen – because it might. We’ve got Donald Trump as a President of the United States, after all. This is the Darkest Timeline.

As it is with all Bitcoin and blockchain-based cryptocurrency articles here on SlashGear, I and we recommend you do loads of additional research before making any financial moves. Any action taken by any reader does before, during, or after reading SlashGear remains the reader’s responsibility alone. Good luck out there in coinland.