Two new burgers appeared in a press release from the folks at Beyond Meat today. The two new versions of the Beyond Burger are expected to launch in the United States in “early 2021” as slightly more nutritional products than what’s been offered before. Beyond Meat representatives suggested that these new burgers represented “a trifecta of taste, health, and sustainability.”

The burgers both look… like cow meat burgers. It’s a credit to the company’s efforts to make animal meat a thing of the past that they’ve created this plant-based material in a form that’s so extremely reminiscent of the product they hope it’ll replace. The two new burgers are shown in imagery shared by Beyond Meat today – again, they just look like burgers, really.

There’ll be an “exclusive preview” of the two new burgers in Los Angeles this month. On November 18, 19, and 20th, there’ll be a tasting event at Beyond Meat headquarters (El Segundo, CA), as outlined at Resy with an abundance of caution to avoid the spread of COVID-19. There’ll be “extra sanitation and cleaning procedures, social distance markers and enforcement, informational signage, PPE, as well as an on-site Pandemic Compliance Advisor.” 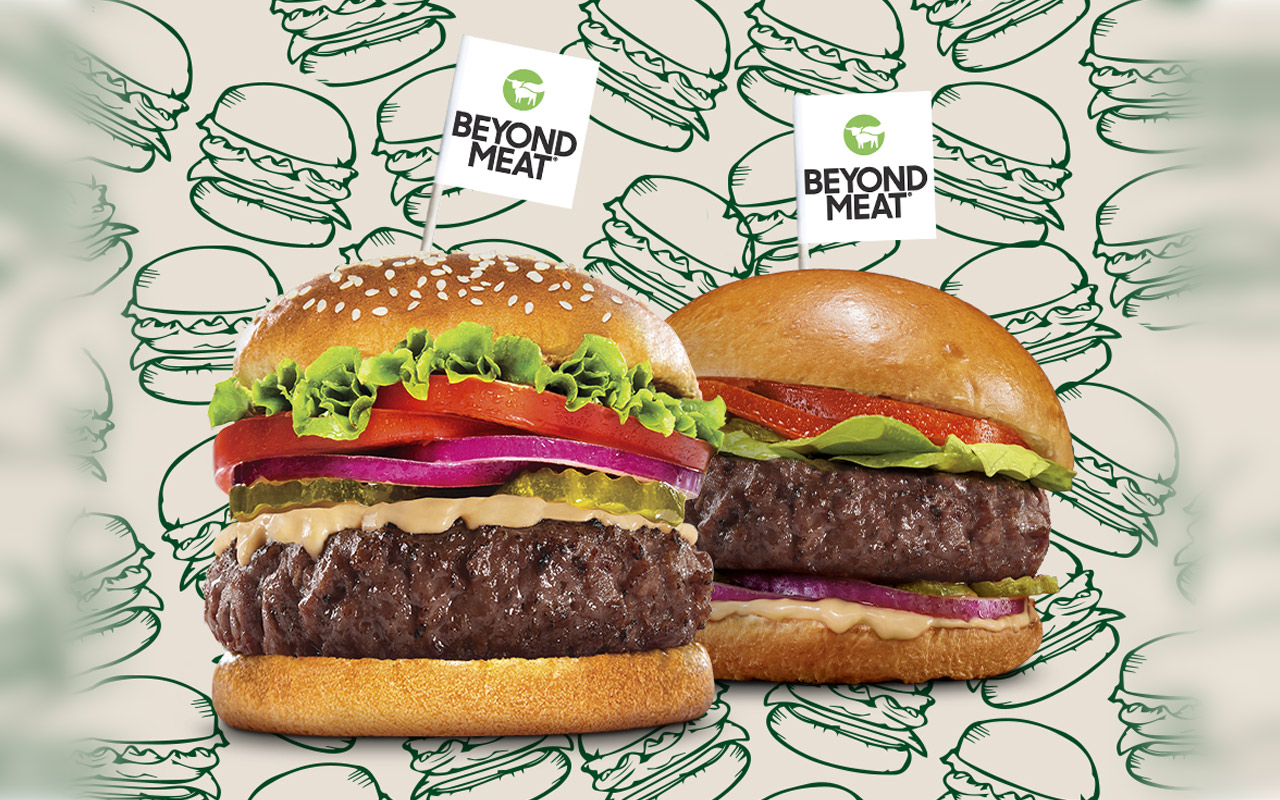 Competition for Beyond Meat made some plant-based meat-like products of their own in the past year, too. Take for example the 3D printed steak revealed by Redefine Meat. Or the plant-based lasagna of Stouffers and the Rising Crust Meatless Supreme pizza from Digiorno (both of which are Nestle brands, mind you). Perhaps the biggest competitor Beyond Meat has for the meatless meat crown is Impossible Foods, creator of the Impossible Burger – a product which is now sold by Walmart across the USA.