Foxconn CEO Terry Gou spoke up this week on a brief news interview in China, suggesting that “bendgate” was nothing more than a distorted view of reality. Created by competitors, he said, “don’t blindly listen to it.” The news footage also had the Foxconn CEO asking “how can a phone bend?” – suggesting there’s no real way an iPhone 6 Plus could bend without significant force applied to it.

He also reacted to those news outlets that took the time to bend the iPhone 6 Plus with their hands in so-called “bend tests.” You’ve seen them, and he’s seen them too. “Hands are made to shake hands,” he said, “not for bending.” 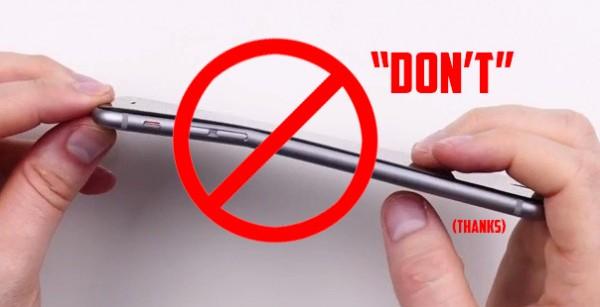 The video which contains these wonderful tidbits from the CEO is coming up next. Here you’ll see his attitude as well – proper, but clearly oppositional. You don’t go around saying this man’s company’s work is less than perfect without some blowback.

We also point toward the brilliant translation done by the production group behind the video, Sanli Finance CH88. They suggest that “After iPhone 6 plus the launch, many fruit powder queuing rushing to buy, and now even the big bosses.”

They go on to say that “Hon Hai chairman Terry Gou, chairman Guo Wei is strong, this two-day event attended all have showed off iPhon E6 plus, and vigorously praised, very easy to use!” What they mean, of course, is that despite “bendgate”, Foxconn has no worries. They’re confident in their work, and they know the phone will continue to sell extremely well.