Belkin is launching a new magnetic iPhone 12 stand that adds face-tracking, letting Apple’s smartphone swivel to follow you much like Amazon’s Echo Show 10. It’s part of the slowly growing ecosystem of accessories that use Apple’s MagSafe system for iPhone, though unfortunately it sounds like it’s not quite as flexible as you might hope.

The good news is that the Belkin Magnetic Phone Mount with Face Tracking should be easy to use. It’s powered with three AA batteries, and the iPhone – which will have to be from the iPhone 12 series, since earlier models don’t offer MagSafe support – simply snaps onto the circular mounting plate. 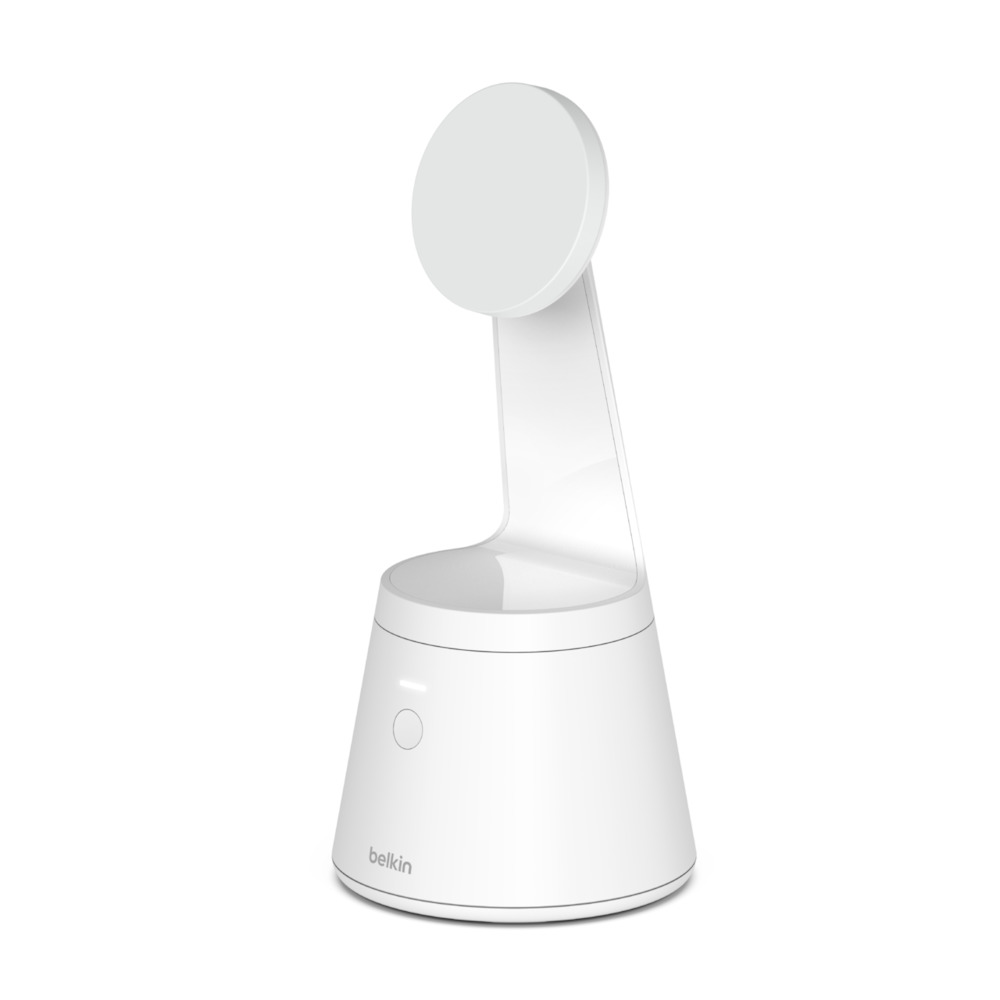 It supports portrait and landscape orientation, and if you have a MagSafe-compliant case then that should stick to the stand too, Belkin promises. Turn it on, and it will rotate around a full 360-degrees, while angle of the 8.3-inch tall stand is adjustable manually between -15 and 30 degrees. Problem is, after that point the problems start.

First off, this isn’t designed to actually charge your phone. Though MagSafe has been – for the moment at least – associated most with recharging without having to plug in a cable, Belkin’s stand doesn’t support that. More frustrating, though, is how much you can actually use the face tracking feature itself. 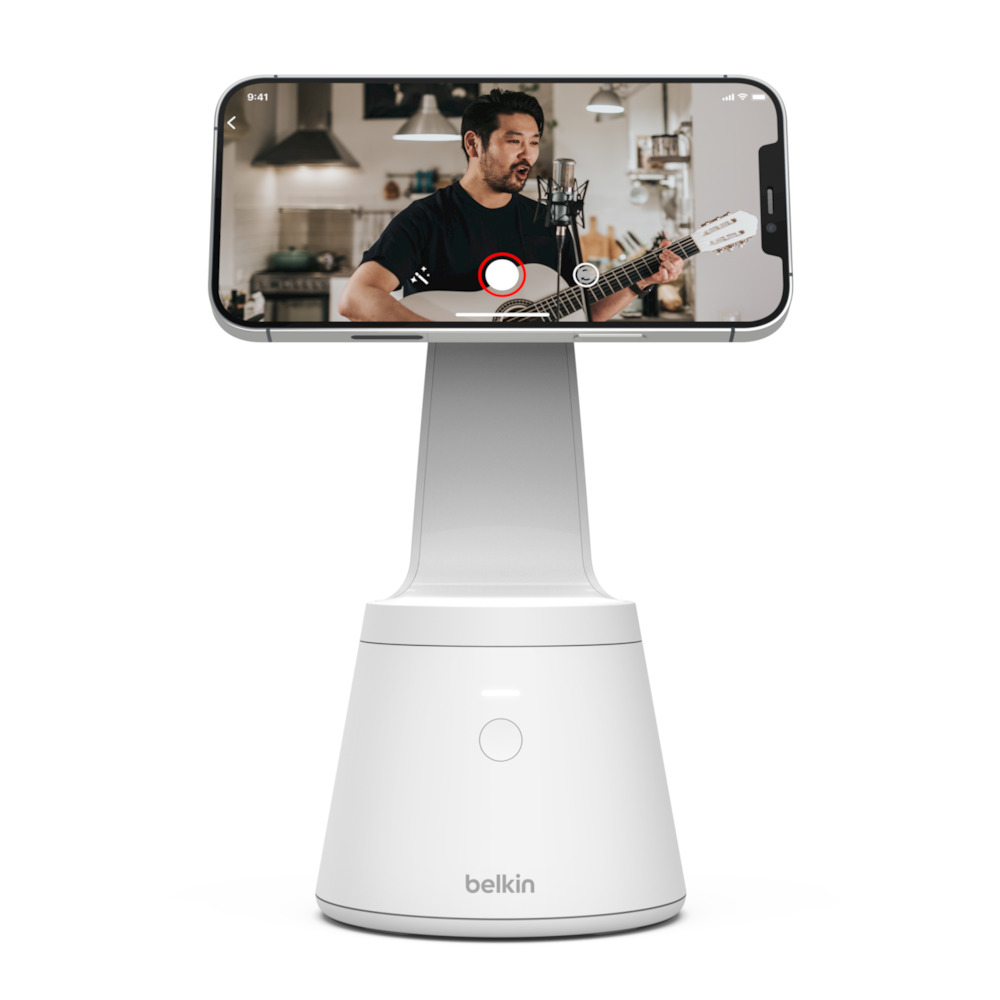 Belkin supplies an app for that – though it’s not yet available for download – and the Face Tracking Mount app can link to Facebook, Instagram, TikTok, YouTube, and other media-sharing social networks. With it, you can start recording and have the Magnetic Phone Mount swivel around to keep you in view. “The app identifies and focuses on a single face shape and directs the mount motor to follow it,” Belkin explains. “It functions optimally during solo video recording using your iPhone camera, and is not recommended for video content featuring multiple faces (including video calls or virtual conferences).” Unfortunately, even with that mention of calls and other uses, that doesn’t seemingly mean that face tracking can actually be used for other purposes. 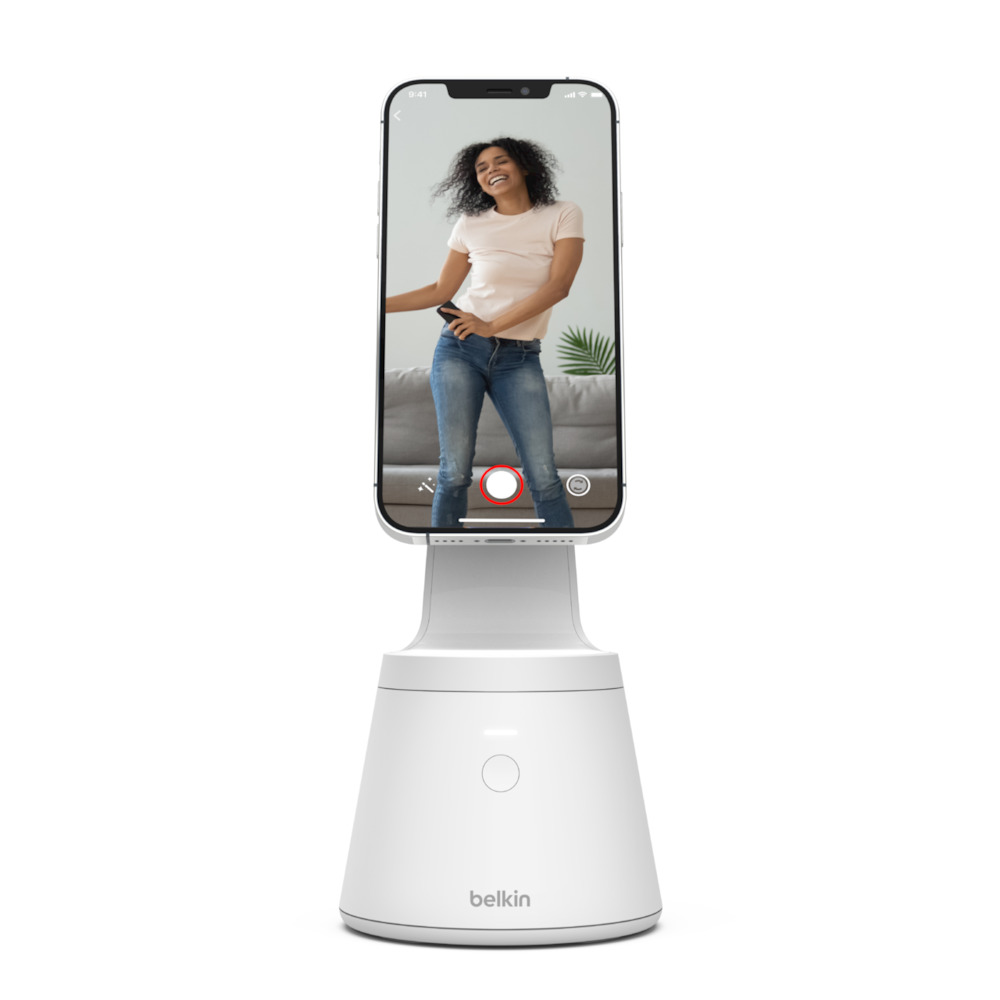 Since the iPhone has no native way to communicate with the stand, other than through Belkin’s software, it doesn’t look like you can start, say, a FaceTime call and have the phone rotate to keep you in frame. Nor will it track you as you watch video, or as you use other video calling platforms like Zoom or Skype, and of course you can also seemingly only use the front camera on the iPhone, not the higher-quality rear cameras.

That’s a shame, as the ability to have the camera track you was one of the most useful features on Amazon’s Echo Show 10 smart display. 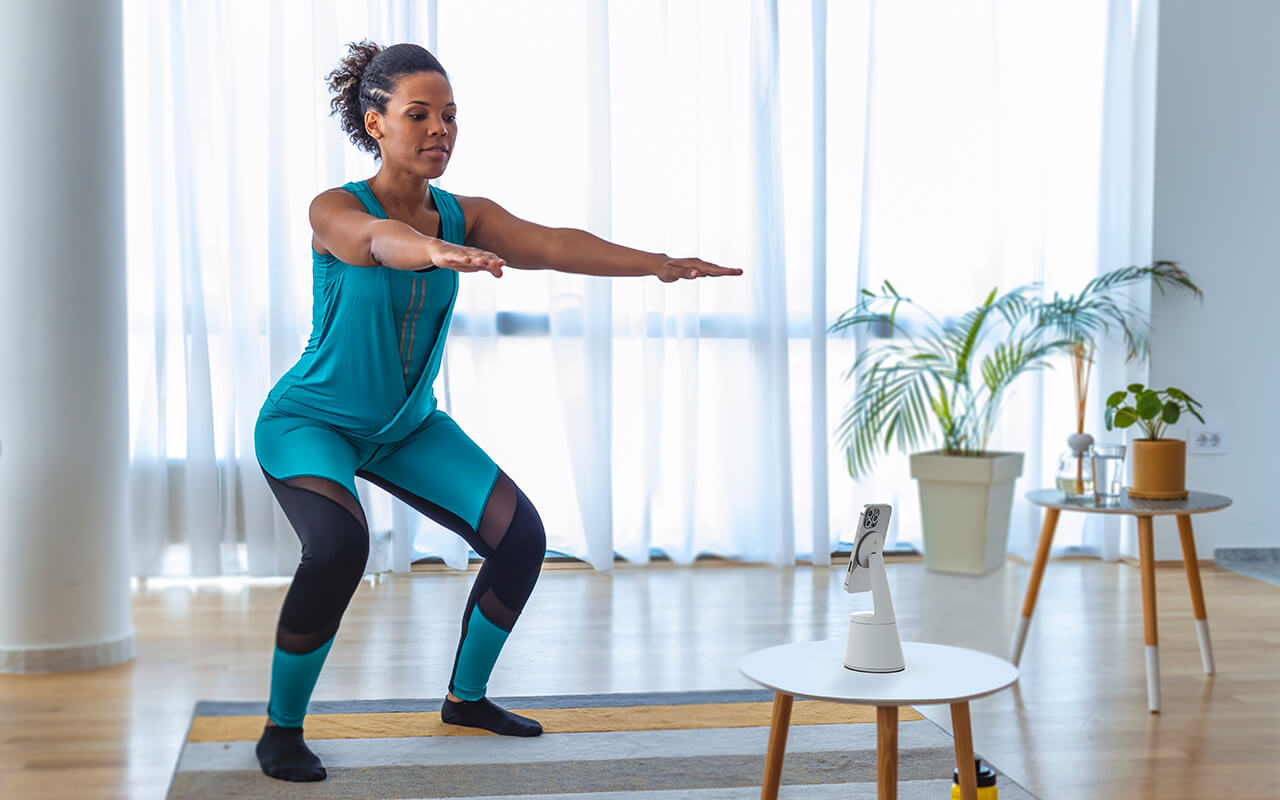 Belkin’s clear focus here, admittedly, is video, and creating content which keeps you centered even as you move around the room. Still, that makes this a fairly niche product over all, given it won’t even recharge your iPhone while it’s magnetically clinging in place. We’ll presumably find out more when the Belkin Magnetic Phone Mount with Face Tracking goes on sale, which the company says is “coming soon,” priced at $64.99.