This week new Apple Beats earbuds appeared in imagery in the code for iOS 14.6 beta and tvOS 14.6. Images show three colors for this new set of earbuds, including black with white “b” logo, white with black, and red with white. The buds appeared near a case for the buds, likely showing how the buds will be stored and charged.

It should come as no surprise that we’re seeing new Beats hardware right this minute, given the recent leak of information about the future of the Beats brand. A former lead HTC product designer was reported to be put in charge of Beats hardware design at Apple. The release of this information (however unofficial it was), suggested Apple would have new “Beats” news in the near future.

The design here is very similar to a wide variety of high-end earbuds on the market today, but with the “b” logo, they stand alone. They’ll likely sport some of the technology included with the most recent round of AirPods and/or AirPods Pro when released, and their charging case will likely be either fast-charge or wireless charge-capable… or both. 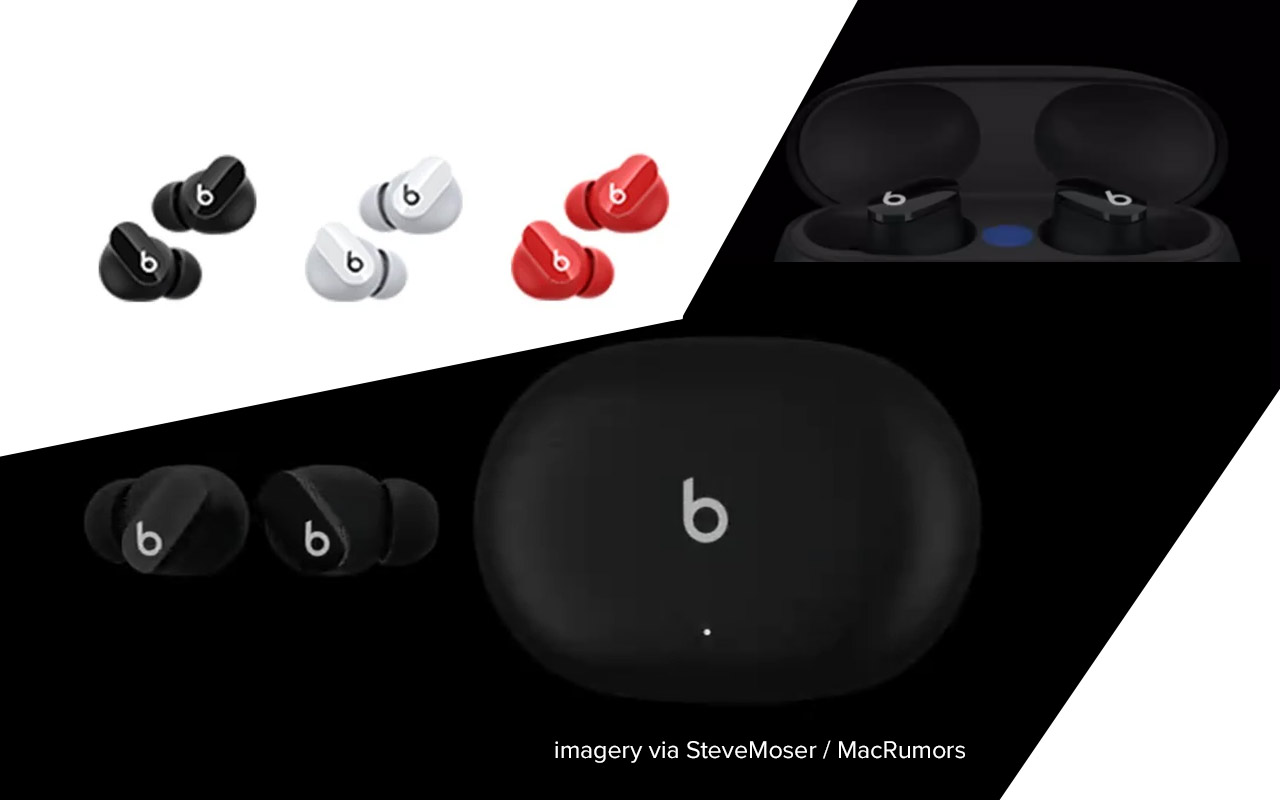 Imagery from MacRumors shows the Beats Studio Buds in black, white, and red, along with iconography of the earbuds and the case. At 9to5Mac a leak shows the buds, the case, and some information about features. They also found code that suggests these earbuds will have Noise Cancellation and an Apple chip for instant pairing with iOS device.

Take a peek at the timeline below to see other recent Beats news. We’ll likely see these Beats Studio Buds in the next few weeks – possibly at an event, but maybe not! Beats are a part of Apple now, but they don’t necessarily fall under the same umbrella as the rest of the Apple hardware universe – they live by their own rules when it comes to event reveals – so we shall see!