Canonical Star Wars is bendy. It’s not the sort of thing that one can keep difinitive tabs on without periodically checking in with the latest “official” Star Wars books, movies, and TV shows. Take for example the latest episode of Star Wars: Bad Batch. In this episode we see our heroes inadvertently cross paths with one of the most notorious monsters in the Star Wars universe: The Rancor!

In this episode, written by Tamara Becher-Wilkinson and directed by Steward Lee, we see the Bad Batch head down to Ord Mantell. You might remember the name of this planet from The Empire Strikes Back, where Han Solo explains why he must leave Leia and the rest of the Rebel Alliance in order to pay off his debt to Jabba the Hutt.

“I thought you had decided to stay,” said Leia. Han replied, “well, the bounty hunter we ran into on Ord Mantell changed my mind.”

This latest visit to Ord Mantell isn’t the first time we’ve been to this planet both in and out of stories that are now considered canonical. The importance of the planet right now is that suggestion from Han that a bounty hunter was on Ord Mantell. Just that – basic.

In Bad Batch episode 5, Rampage, we see our heroes head to Ord Mantell to visit a Jedi informant named Cid. Cid has a job for the clones that, upon completion, she’ll pay for with information (and a cut of the profits). The Bad Batch must retrieve “a kid named Muchi” who’s been captured by Zygerrian slavers. 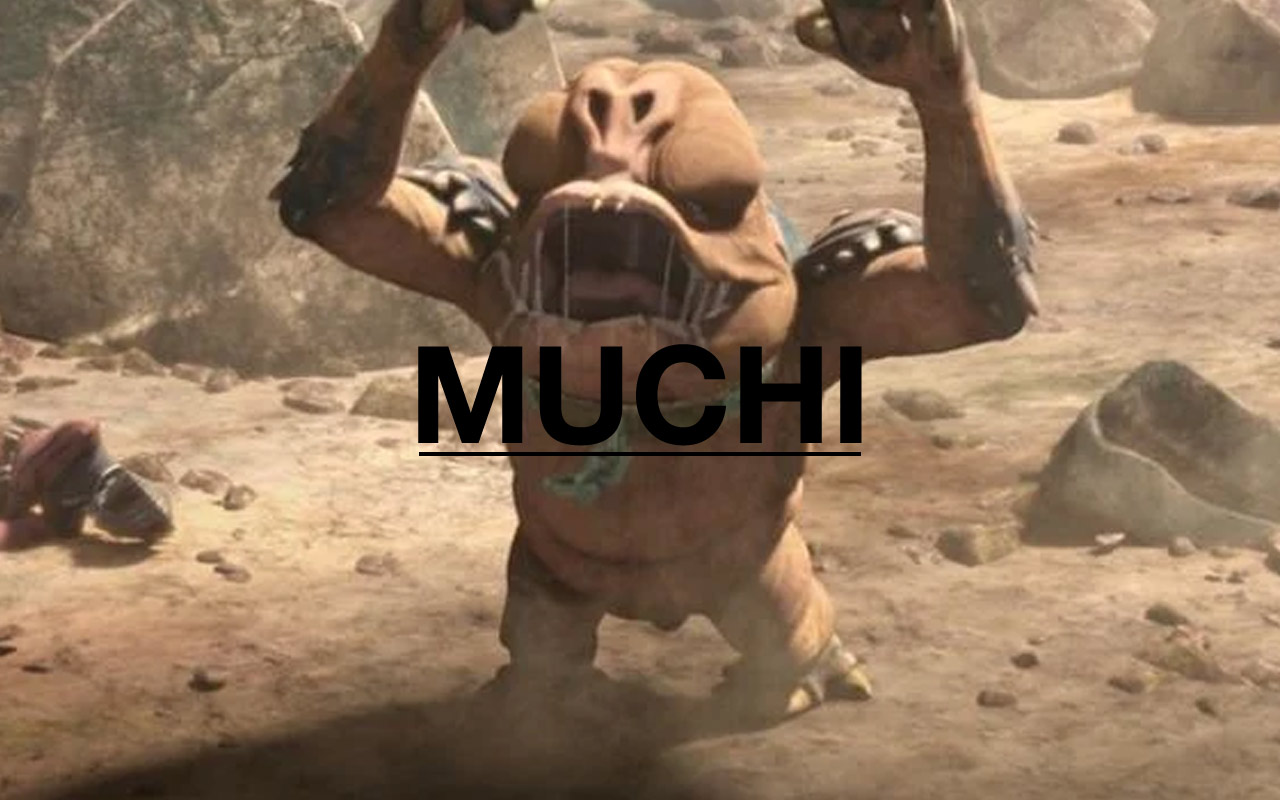 The child, it turns out, isn’t a humanoid. It’s a rancor! The rancor IS a child – an adolescent version of the monster we’ll later see in Return of the Jedi. This lil’ baby is still a formidable beast, even at a size just a few times bulkier than a full grown adult human. 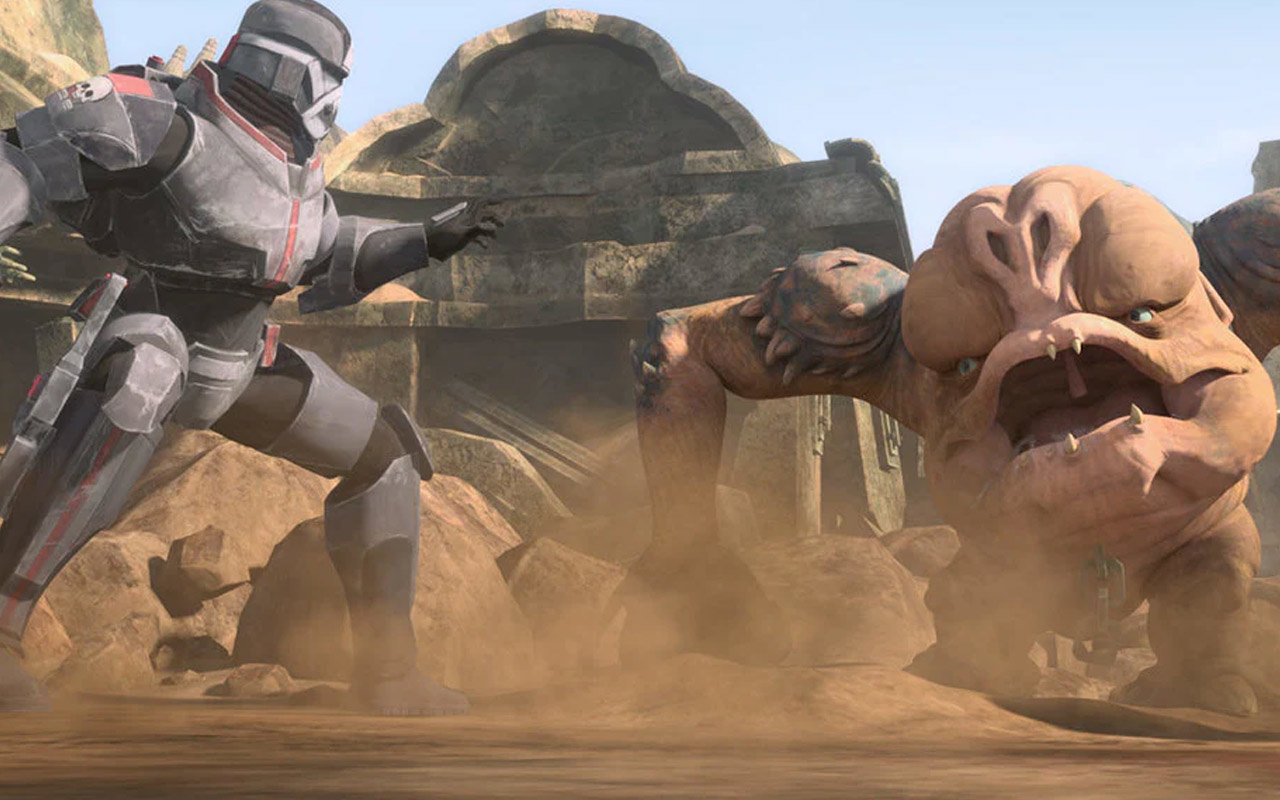 This version of the rancor can easily dispatch several of its captors, and is far more agile than the version we’ve seen in Return of the Jedi. The most beefy clone, Wrecker, is able to effectively tame the Muchi by challenging its authority, defeating it in battle. As Tech suggests, “rancors adhere to social hierarchy.” 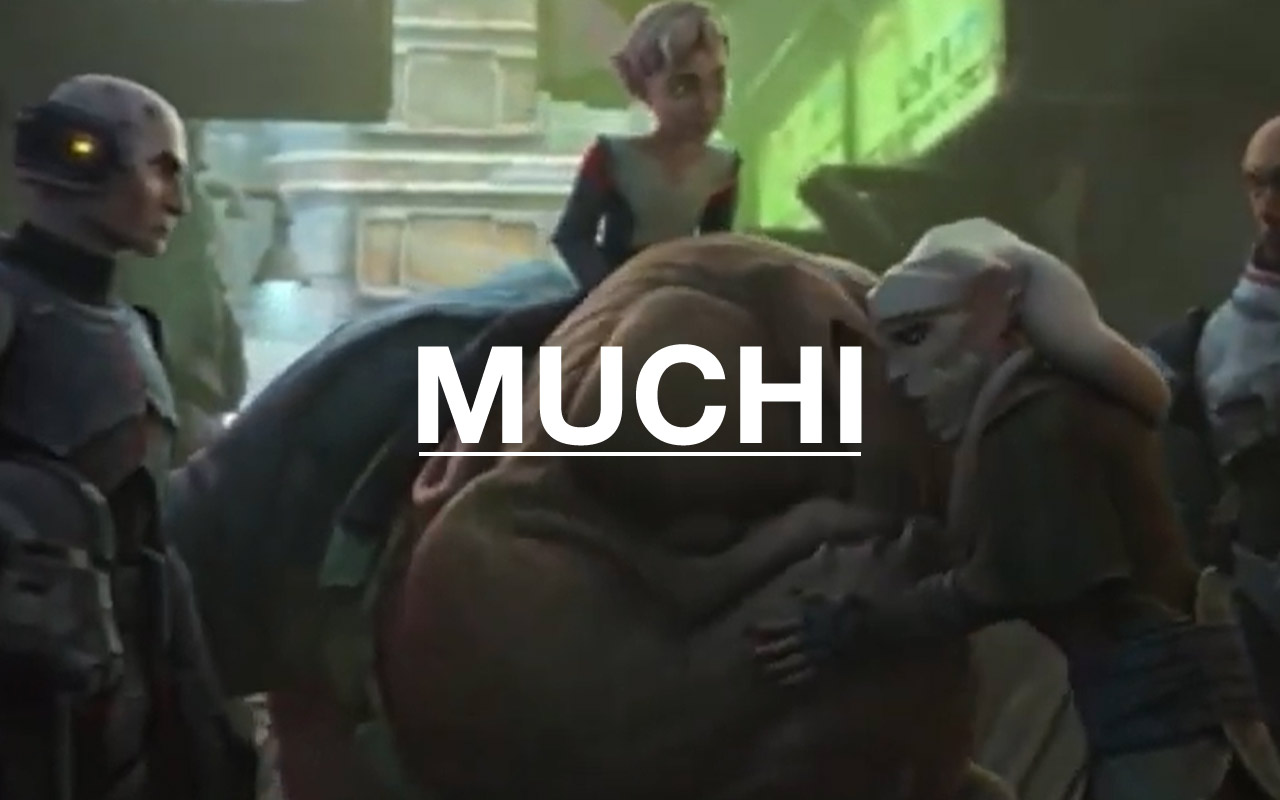 Once the clones return to Cid, it’s revealed that Muchi was to be retrieved for Jabba the Hutt. This gives us another connection between Jabba, the Bad Batch, and Fennec Shand. During the mission, Cid spoke with Bib Fortuna, saying “assure your employer, he’ll be reunited with Muchi soon.”

There’ve been several stories about the origins of Jabba’s Rancor. You could’ve read about it in The Star Wars Sourcebook, in the story “A Rancor Comes to Tatooine” – that was largely made for the Star Wars Roleplaying Game.

You might’ve read the book Tales from Jabba’s Palace, published in 1995, where the story “A Boy and His Monster: The Rancor Keeper’s Tale” suggested that a large freighter starship crashed on Tatooine, was discovered by jawas, and contained the rancor. That story suggested this event occurred on 0 BBY (before the Battle of Yavin), suggesting that the creature was already full-grown by the time it was brought to Jabba’s Palace.

In all cases, previous stories about the origin of Jabba’s Rancor appear to have been pushed back to “Legends” status. Now, here in 2021, we get the currently difinitive earliest-known appearance of this rancor, here on Ord Mantell, where it’s about to be brought BACK to Jabba. 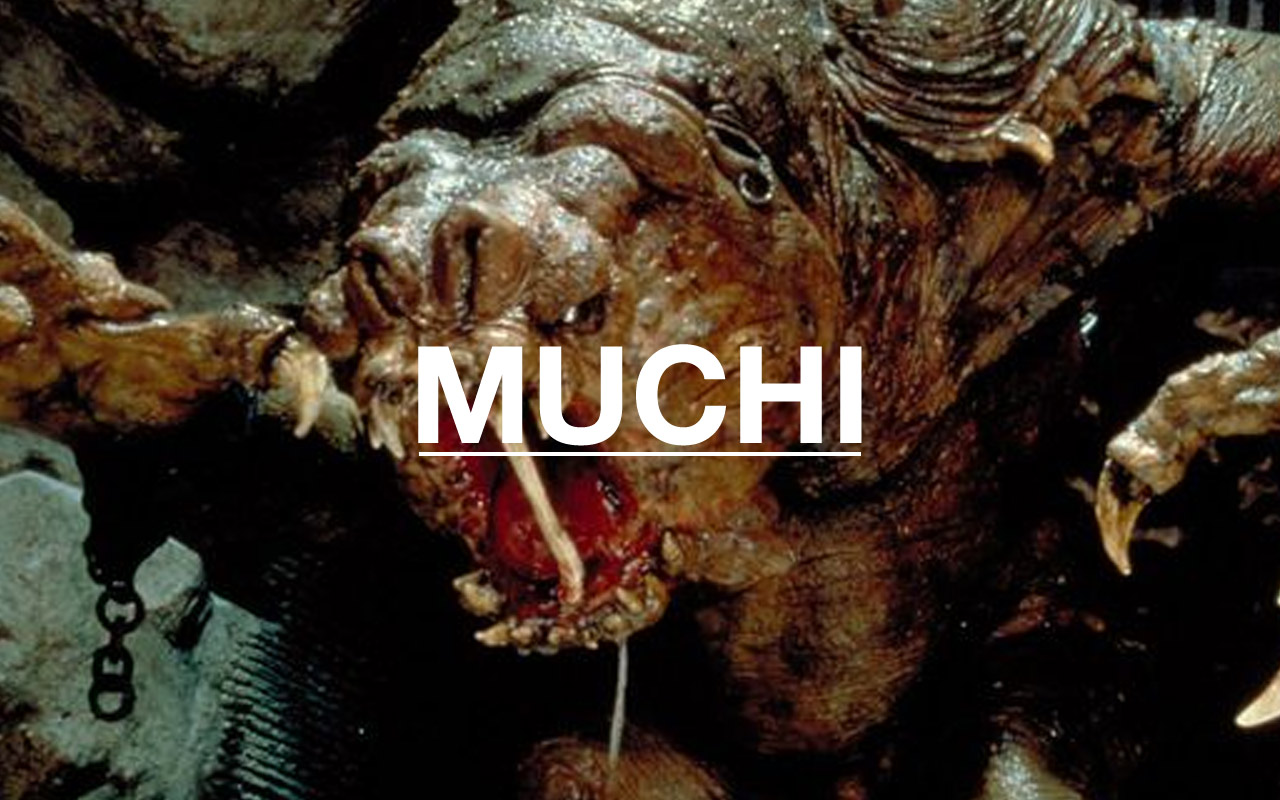 As such, it’s entirely possible that previous tales of the creature being part of a crash-landing on Tatooine COULD remain partially canonical. It’s just that it all happened back in around 19 BBY (approximately 19 years before the Battle of Yavin.)

So say hello to the rancor, now with an official name at last: Muchi! Kind of puts a damper on the creature’s ultimate fate, really… but he’s cute for now!