A second generation Automatic dongle, the Link2, has been spotted passing through FCC testing, ahead of plugging into your car’s dashboard and piping driving stats to your phone. The Bluetooth dongle is outwardly identical to the existing model, which translates data on car status, driving style, fuel economy and more to a companion app for iPhone or Android, and currently there’s no clear indication of what might have improved in functionality. In fact, the most exciting part right now looks like Automatic’s new packaging design, which might actually have some legitimate usefulness to save it from landfill.

The Link plugs into the car’s ODB-II port, a socket in the dashboard – usually tucked somewhere underneath and out of sight – which is more commonly of interest to mechanics. From there, it gets a stream of metrics above and beyond what most dashboard displays will surface, giving a significant insight into engine faults and more.

However, what started as a service center in your phone quickly progressed to embrace other platforms, essentially turning the car into another component in the Internet of Things.

For instance, an update last year bridged a link between Automatic and Jawbone’s UP app, feeding health and lifestyle metrics into the life-logger. Earlier this year, Automatic began to play nicely with the Google-owned Nest thermostat, so that your home could start heating up or cooling down only when you were nearby.

How, exactly, the 2015 Link will differ is uncertain, but there’s undoubtedly been hardware changes despite the fact that things externally are the same. A side-by-side comparison of Link v1 with the new model shows plenty of differences on the ‘board. 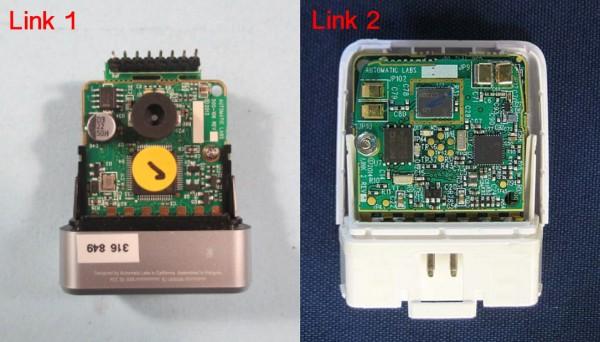 The terse user guide does spill at least one detail: fantastic new packaging. Rather than a cardboard or plastic box you’d simply throw away, the new model will come in a travel-cup style container with a silicone lid.

BPA-free, it’s intended for cold liquids or snacks and to be slotted into your car’s drinks holder. 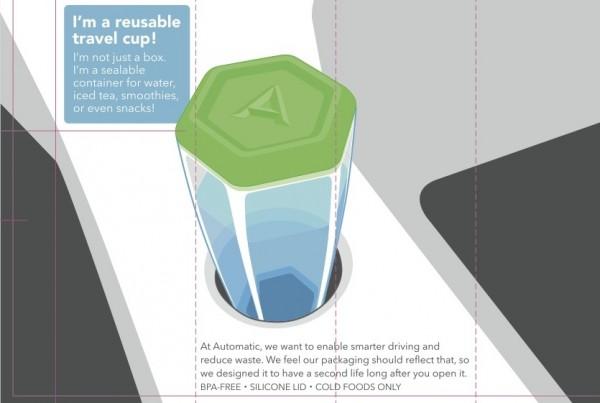 Still, it’s entirely possible that the changes between the Link versions will be effectively invisible to the end-user. The original dongle was first tested back in 2013; Link2 could simply be a new hardware design with a faster processor, more cost-effective chips, or some other back-end improvements.

We’ve got a request in for comment with Automatic, and will update if the company tells us any more. Update: Automatic has “nothing to share” at this point in time on the new hardware.