August’s new slimmer, smarter Wi-Fi Smart Lock has gone on sale, after the new IoT security gadget was announced back at CES 2020 in January. Most notably, the Wi-Fi Smart Lock drops the separate bridge requirement of its predecessors, baking in a WiFi connection so that it can directly connect your router.

Previous August locks supported Bluetooth alone. That allowed them to connect directly to a smartphone, but if you wanted remote access you’d also need the August Bridge. That was a small plug-in repeater, which paired via Bluetooth to the lock and then via WiFi to the home network. 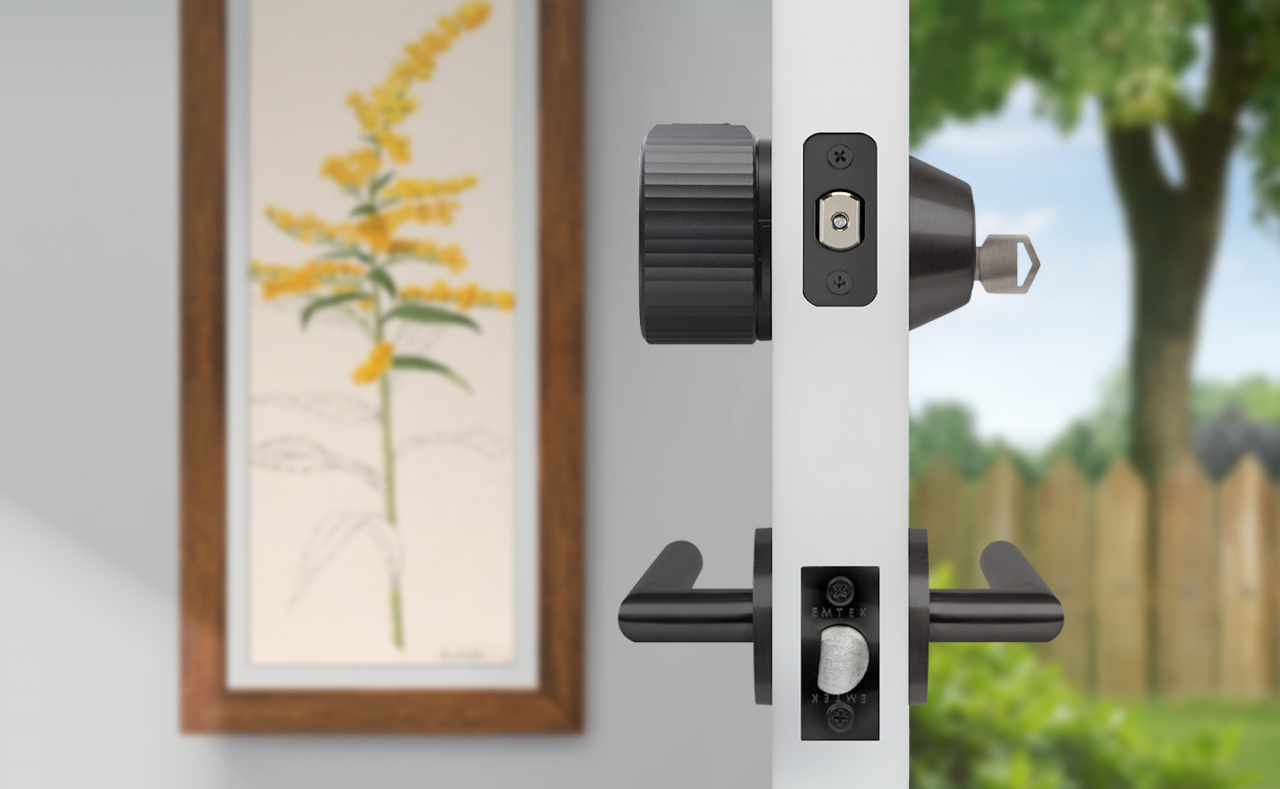 This new August Wi-Fi Smart Lock does away with that, but also manages to slim down considerably compared to the old version. In fact, it’s 45-percent smaller in volume and – maybe even more important – 20-percent slimmer than the August Smart Lock Pro released in 2017. The design has softer moldings, too, with more rounded edges.

August has finessed its textured ridges surrounding the lock, making it more comfortable to rotate manually, and says the lock is also smoother in action as well. A new August badge makes it easier to see whether the lock is engaged or open from a distance, too. 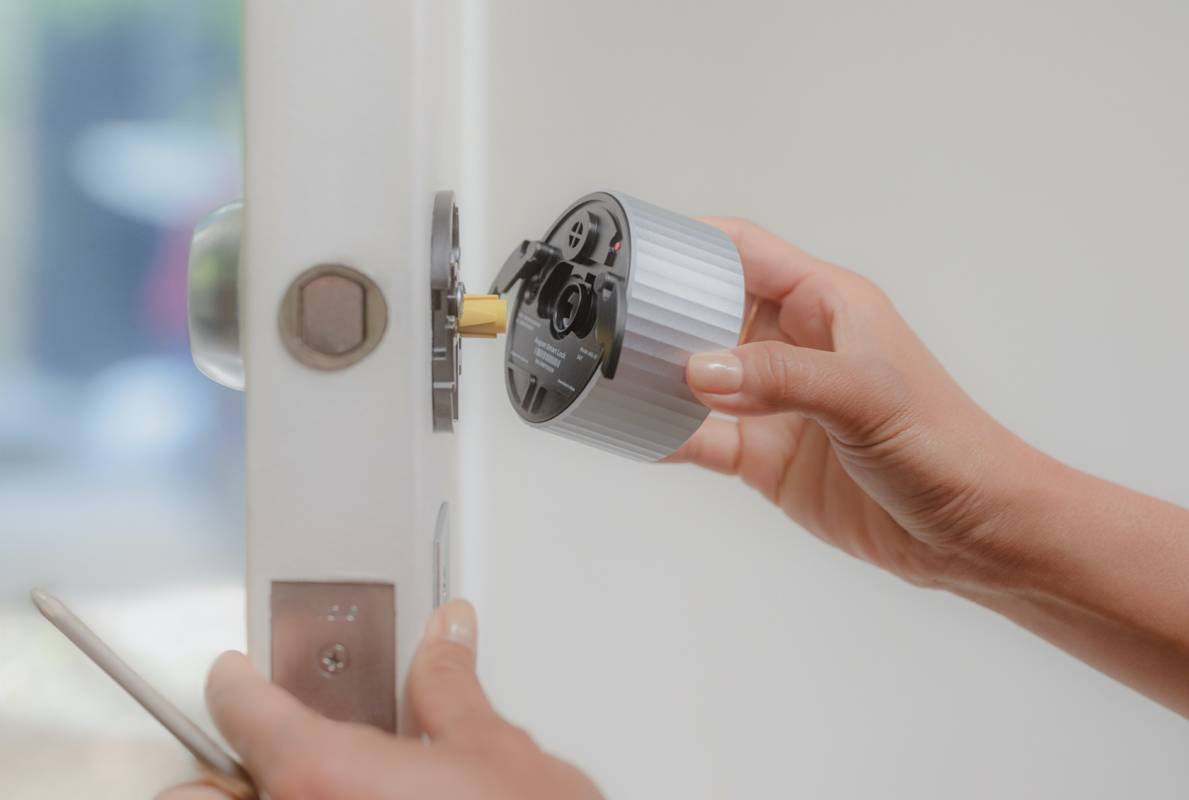 Our concern with WiFi-enabled locks was always that battery life would be a concern. After all, Bluetooth is designed to be low-power – and that means August’s earlier Smart Lock models could last for months on a handful of AA batteries – whereas WiFi is traditionally more power-hungry.

For the new Wi-Fi Smart Lock, August has switched to CR123 batteries: the lock requires two of them, and August includes them in the box. They’ll last for 3-6 months, the company says, depending on lock usage. 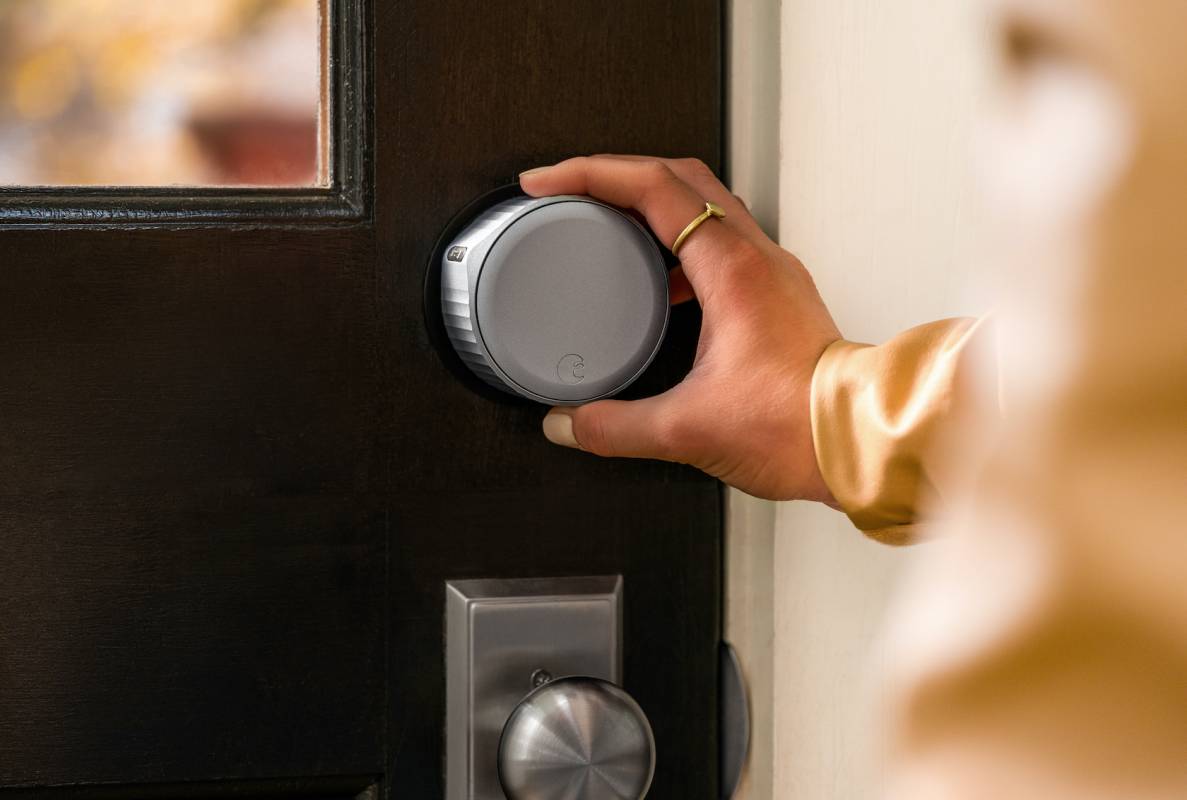 August also includes a DoorSense sensor, which fixes to the door frame. That allows the app to know whether the door is physically open or closed, or even just ajar. It can also be set to auto-lock when the door is closed – or after a preset period of time – and to auto-unlock when you get close, using geofencing on your smartphone or Apple Watch. You can set up guest access passes for other people to use on their own smartphones, if you’re having visitors or need to let a cleaner or maintenance worker inside, or use August’s Keypad which mounts on the outside of the door and supports PIN-access instead.

The August Wi-Fi Smart Lock is up for order now, priced at $249.99. It’s also available in a bundle with the August Keypad, at $309.99. The lock is offered in silver and matte black finishes.