Audi and quattro all-wheel drive usually go together like peas in an automotive pod, so nobody expected this: a rear-wheel drive Audi R8. The limited-edition supercar is making its debut today at the Frankfurt Motor Show 2017 in Germany, based on the R8 LMS racing car, but bringing that to public streets. The result is this, the new Audi R8 V10 RWS.

“The R8 V10 RWS is made for purists,” Stephan Winkelmann, CEO of Audi Sport GmbH, said of the car. “A limited-edition special model for customers with an appreciation for essential driving enjoyment, the R8 V10 RWS is an absolutely exclusive offer.” 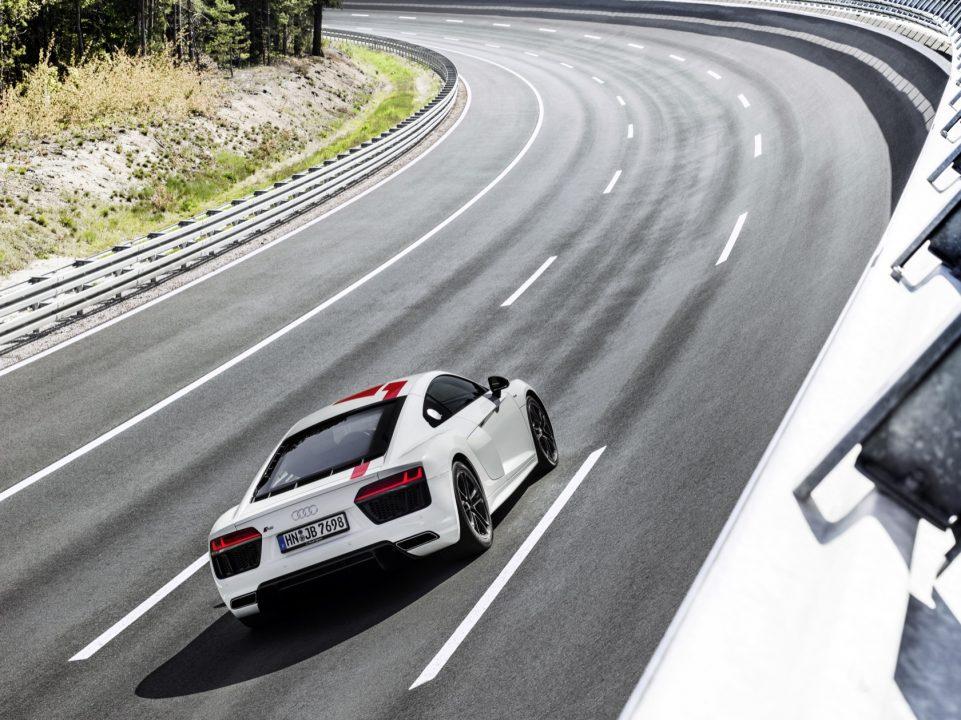 However the driving feel may well be very different versus the “regular” R8. Whereas the quattro car has all-wheel drive to guarantee its stickiness in the corners, as well as make sure all that V10 power makes it to the asphalt, the R8 V10 RWS pushes all of the grunt to its rear wheels.

While you might think that’s a step backwards, Audi says there are some legitimate advantages that drivers might want to think about them. Not least is weight: the rear-wheel drive Coupe is around 3,505 pounds without the driver, which is more than 110 pounds less than the R8 V10 quattro. That’s down to the savings from not needing a propshaft, multi-plate clutch, and center differential. 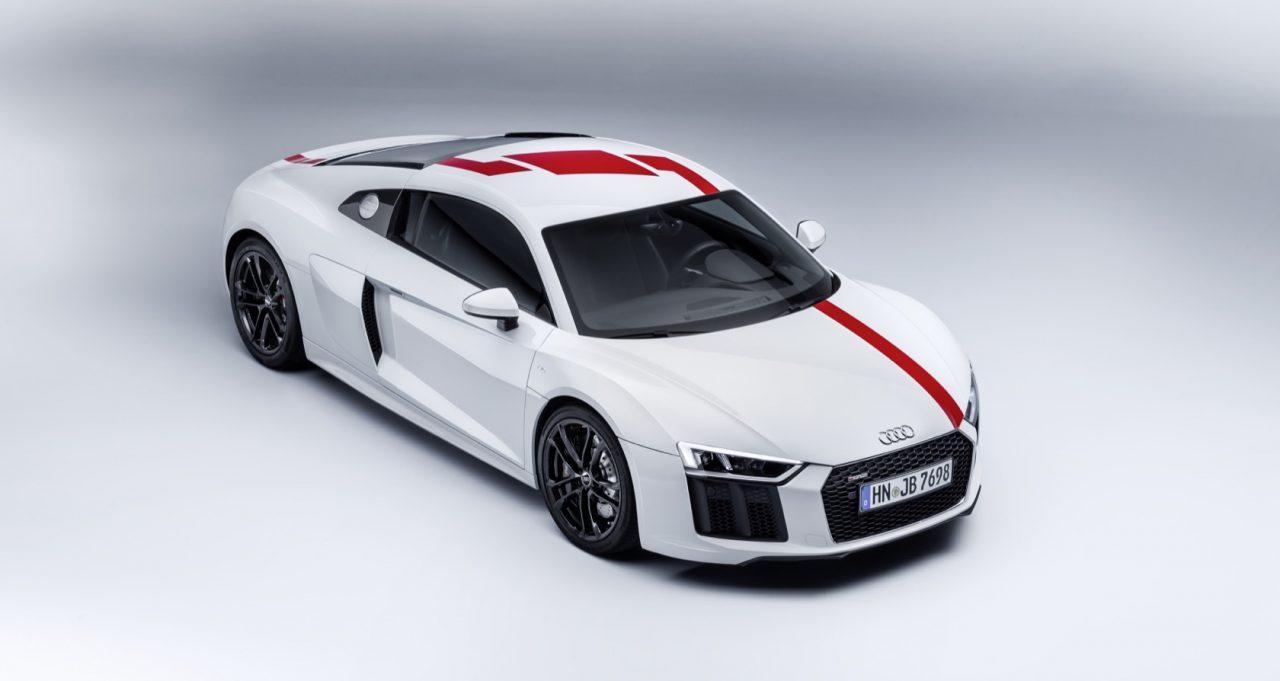 On the Spyder side, the rear-wheel drive convertible is over 88 pounds lighter than its quattro Spyder cousin. In both soft and hard top cases, Audi has tweaked the axle load distribution – 40.6:59.4 in the Coupe, and 40.4:59.6 in the Spyder – along with fettling the chassis and handling tuning for what it says is “incredibly fun driving”.

That also opens the door to something the quattro usually shuts down before it has time to even begin: drifting. Select “Dynamic” mode in Audi’s drive select dynamic handling systems, and switch the Stabilization Control ESC to “Sport”, and controlled drifts are possible. The ESC, Audi promises, will step in at the limit to save your incredibly rare R8 should you push things too far. 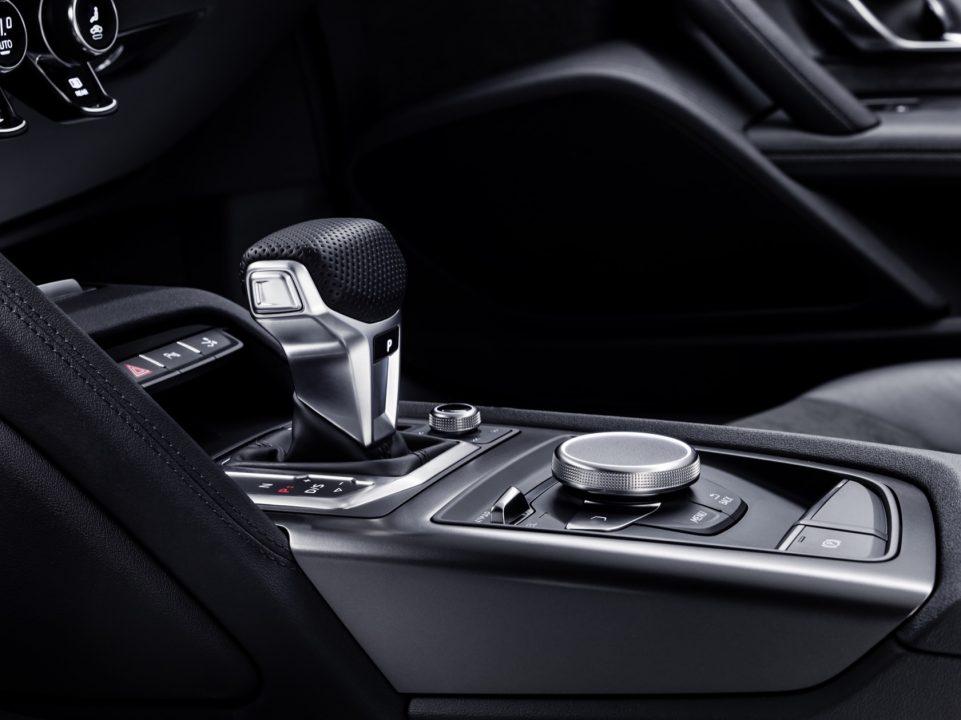 As for the electromechanical power steering, that promises zero torque-steer. The car sits on 19-inch cast aluminum wheels in a five-spoke V-design, finished in black, and shod in 245/35 rubber up front and 295/35 at the rear. It also gets a matte black Singleframe grill and matching air apertures at the front and rear, while the Coupe’s upper side blade is gloss black contrasting with the body-color lower portion.

A red film can be spec’d for running over the hood, roof, and rear end. Inside, leather and Alcantara sports seats are standard, with buckets an option, and a “1 of 999” badge is on the dashboard. 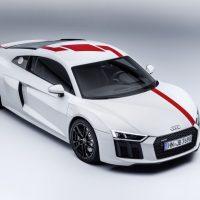 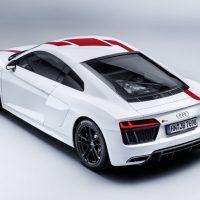 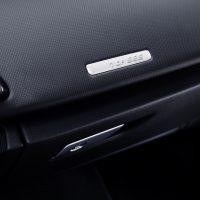 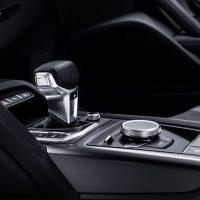 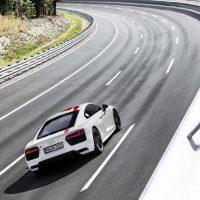