Audi R8 e-tron concept is ready to drive itself

Just two months ago, Audi revived the R8 e-tron to take another stab at the electric vehicle market. Now it is taking it further, this time with very little help from humans. Trying to smash stereotypes again, Audi is revealing a new self-driving car that is something no other electric car has tried to be: a sports car. Based on the Audi R8 e-tron, this EV is no underdog, boasting a range of 450 km (279.6 mi), an acceleration of 3.9 seconds from 0 to 100 km/h, all on two electric motors each spewing 170 kW of power. And it can drive itself.

Autonomous vehicles aren’t usually associated with sports-like performance, mostly because of the inherent risks of driving at top speeds. Of course, Audi won’t take no for an answer and has merged two of the most unlikely features to work hand in hand in a single concept car.

As an R8 e-tron, you can expect sports car power delivered via twin electric motors. Actually, it takes things a step further by increasing energy density to 154 Wh/kg, up from the previous 84 Wh/kg. Depending on the tires, the EV can reach top speeds of 210 km/h or even 250 km/h. To pull all of these off, the battery capacity has been nearly doubled from 48 kWh to around 92 kWh.

Of course, those might be on par with a sports car, especially an EV one, but where else would you see one that can drive itself? As part of Audi’s piloted driving study, this R8 e-tron concept has been outfitted with the latest in sensor equipment, including a new type of laser scanner, video cameras, ultrasonic sensors, radars, the works. All of these data is fed into the car’s central driver assistance control, dubbed zFAS, the R8 e-tron’s brains for getting a picture of the car’s current environment. 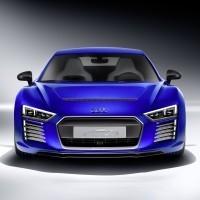 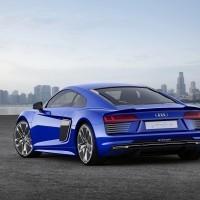 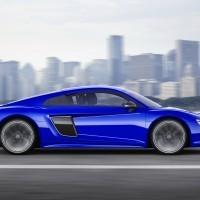 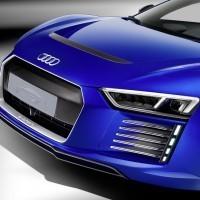 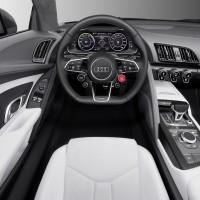 The practicality of combining sports car speeds with autonomous driving is yet to be fleshed out and might be calling for trouble in some cases. That said, it is good to know that it is technically feasible and that Audi might be on the verge of completely figuring it out. The self-driving Audi R8 e-tron is on display at CES Asia 2015 this week.