Audi recently created a series of articles explaining the technology behind the brand. The first is a comprehensive take on Audi’s plan to release 20 all-electric models by 2025. It sounds like a massive undertaking, but Audi can rely on parent company Volkswagen’s industrial and technological strength to make it a reality.

In fact, Audi plans to release 30 electrified models in the next five years – twenty of which are fully-electric – and it’s doing it by using four dedicated electric platforms. For the record, Audi already has plug-in hybrid models (PHEV) of the Q5, A7, and A8. In the all-electric genre, Audi has the e-tron SUV and the incoming e-tron Sportback.

Next up is the Q4 e-tron SUV and the e-tron GT high-performance electric sedan, both of which were presented in concept form and are expected to reach production early next year. In case you haven’t noticed, those are four different vehicles using three different platforms. Let’s take a closer look at each. 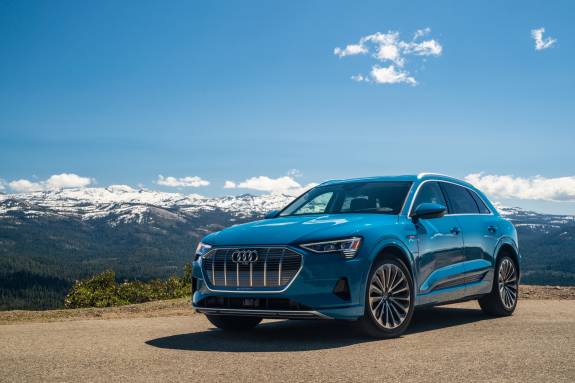 Audi’s first production EV is the e-tron SUV released in May 2019. It utilizes a slightly modified version of Audi’s MLB platform that currently underpins gasoline-powered versions of the A4, Q5, and Q8 to name a few.

The Audi e-tron SUV slots nicely between the Q5 and Q7 in terms of size and width and is almost the same size as the flagship Q8 SUV. But it has a 115.3-inch wheelbase to offer generous cabin space and cargo room in a five-seat package.

Powered by a pair of asynchronous electric motors (ASM) with a combined output of 402 horsepower, the e-tron SUV is powered by a 95 kWh battery pack. Power is channeled to all four wheels via a rear-biased Quattro electric all-wheel drivetrain. Governed by a state-of-the-art power electronics module, the e-tron reads sensor data in a bewildering 10,000 times per second and can shift traction to slipping wheels in 30 milliseconds. 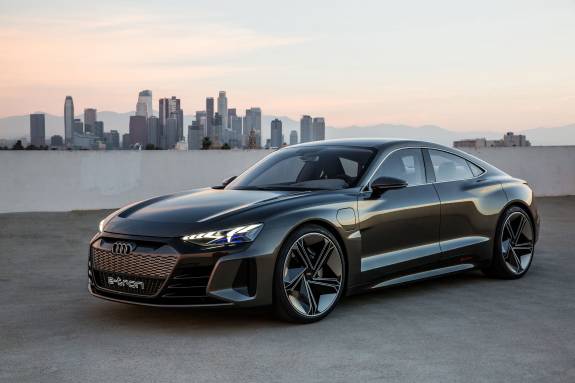 The Audi e-tron GT is still in concept form, but we got lucky enough to drive it in the streets of downtown Los Angeles a few years back. At that time, it was the only e-tron GT in existence and already bore a striking resemblance to the Porsche’s Mission E Concept car, which later became the Taycan EV.

No surprises there since the J1 architecture was co-developed by Audi and Porsche. The e-tron GT concept is motivated by a pair of permanently excited synchronous electric motors (PSM) with a combined output of 582 horsepower and 612 pound-feet of torque. 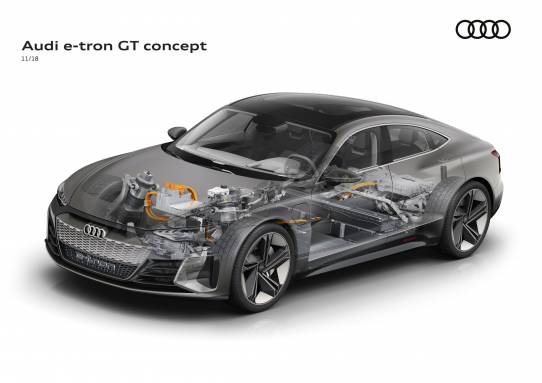 What’s so special about PSM is the ability of the motor’s rotor to spin faster than an ASM unit. Because of this, Audi claims the e-tron GT can sprint to 60 mph in 3.5-seconds and 124 mph in under 12 seconds. The car has an 800V architecture which charges the battery pack from zero to 80-percent in 20 minutes using a 350 kW Level 3 DC fast-charging station.

Audi claims production models of the e-tron GT can be fitted with all-wheel steering or a sport differential to further enhance traction and stability. There’s also the possibility of fitting electric motors with different power outputs. 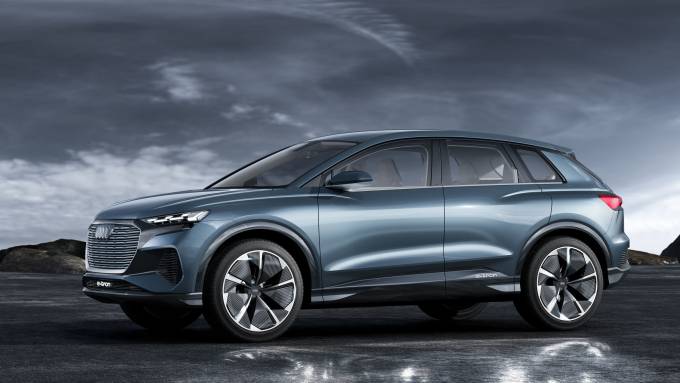 The MEB platform allows Audi to fit compact electric motors and lithium-ion battery packs in various shapes, sizes, and outputs. The first Audi vehicle to arrive using this platform is the Q4 e-tron Concept. With a shorter front nose and a stretched wheelbase, it’s about the same size as an Audi Q3 but with the interior room of a Q5. 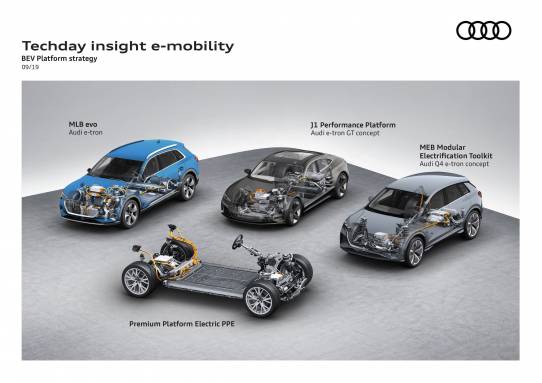 The MEB platform is for small electric SUVs. On the other hand, Audi’s newest PPE platform is meant for medium and large electric vehicles. Designed and co-developed with Porsche, this highly scalable electric platform is the perfect starting point for an all-electric Audi Sportback, Avant, crossover, or large SUV.

The standard configuration of PPE allows for a single rear-mounted electric motor and floor-mounted battery pack. However, the architecture has room for a second electric motor in the front axle with Quattro AWD. If Audi decides to build an all-electric version of the RS7 Sportback and RS6 Avant, it will most likely start with the PPE platform