This week the folks at AT&T have decided it’s time to bring the Moto G with LTE connectivity to their collection of phones. But they’re not bringing the newest version of the device to market, they’re bringing last year’s model. Here’s why that’s totally OK: the original is still good. Not even just for its price. It’s just a good phone. Solidly built, ready to take on your daily tasks – and it’s ready to be customized too. It’s more of a “why not” situation than a “why.”

Last year we reviewed the Moto G, the first Moto G, giving it high marks for its surprising value. It’s not meant to take on the top-tier smartphones on the market – it doesn’t have specifications that make it one of the best phones out today.

But it is inexpensive. And for the price, it’s really great.

This is a device you can purchase for $179.99 off-contract. That’s lower than many phones cost attached to a 2-year contract, subsidized and everything. You can also pay $7.50 a month for 18 months with Next18 or $9 a month for a year with Next12.

This device comes with the following bits and pieces: 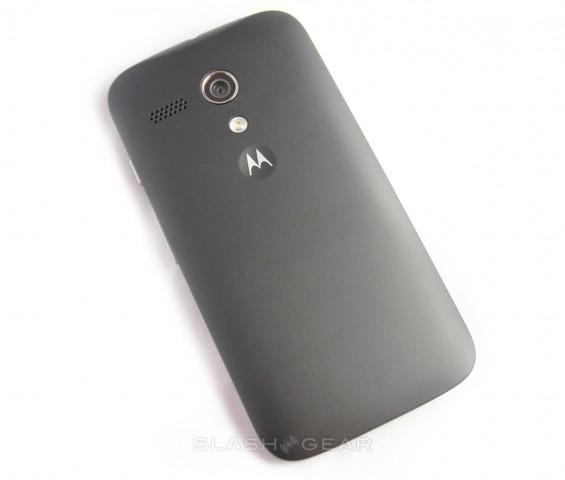 That’s almost identical to the Moto G 2014, save a few minor differences. Front-facing speakers and a slightly better camera experience change up the device.