The newest Android tablet by the name of ASUS Transformer Prime is also the first place on earth you’ll be able to work with the NVIDIA Tegra 3 quad-core mobile processor, and today we’re going to have a peek at it’s power for the very first time. We’ve got both the tablet itself and the keyboard dock that when connected allows this lovely slate a second life as a laptop, and what we’re going to do here is give you our first impressions and a full hands-on treatment with the hardware. We’ll also have a full review up for you within the next few days, so stay tuned for that too – meanwhile, enjoy!

This tablet is made of Gorilla Glass, radial-spun aluminum, and a whole bunch of varied innards that we’ll never come in contact with. The only moving parts on the tablet are the removable covers for each of the ports, the volume bar, and the power/lock button. Unlike the original Transformer whose volume and power buttons have been prone to get a bit loose after extended usage, these are set nicely in place like a high quality product’s buttons should. 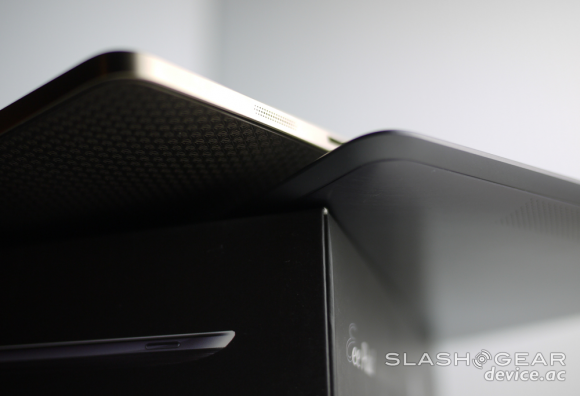 The tablet is cold to the touch most of the time because of its entirely aluminum back, and the glass along the front has a nearly up to the edge coverage, making the whole tablet seem rather refined in its industrial design. The back camera boasts an impressive 8-megapixel rating and has a single LED flash, an upgrade on both accounts when you compare this device to most of the rest of the tablet selection out on the market today, including the first generation Transformer. 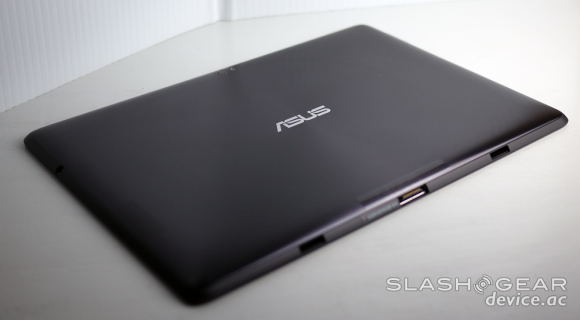 We won’t go too deep into the products of the camera today, but know this: it’s a vast improvement over most tablet-type camera toters your humble narrator has seen thus far. The camera interface remains mostly the same as your average Honeycomb shooter, as does most of the user interface, but ASUS has done an excellent job modifying the few bits that it has, including first of all the pop-up menu in the lower right-hand corner, it now including the all-important Super IPS button which will blast forth the brightness up to 600nits for outdoor reading. 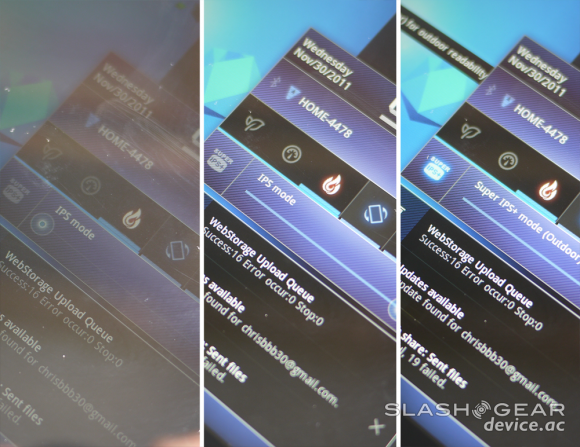 There’s also to three modes in which you can work: power saving, balanced, and high-performance (aka normal). In our initial battery test, we stayed in Normal mode for the majority of it, and with it we’re seeing something like 10+ hours with a large bit of that being screen off time. This is by no means the scale to judge the battery life by as it wasn’t done under any kind of controlled set of rules, but it is a very basic peek at what we’re likely dealing with here. Expect a vast improvement when we flip the power saving mode on. 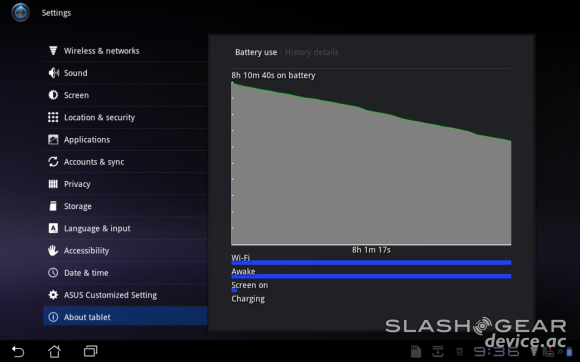 Check out our first round of benchmarks here, and note that each of the following is on the tablet without the keyboard dock attached — also head to the gallery below to see the improvement this tablet has made over the original transformer if you wish. 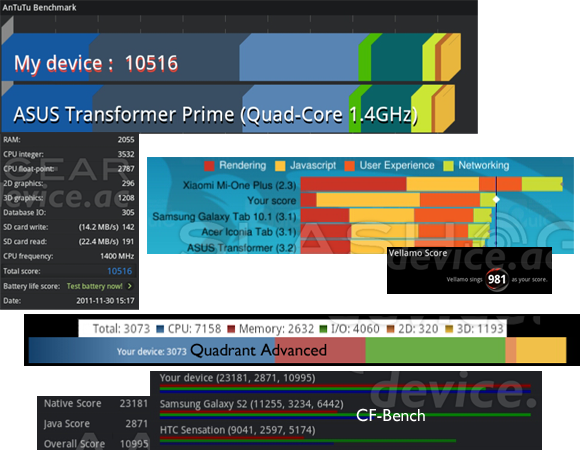 We’ll also be doing extended tests showing the original Transformer verses the new Prime in a later post, just so you know, as well as any other comparisons to mobile devices you’d like us to do.

Another possibility is us comparing this tablet docked in its keyboard dock compared to the MacBook Air. One thing I’ll say right now, something I’m sure some of you out there will have a tiny heart attack reading, is that this device with its keyboard dock may well be a good alternate for those of you thinking the MacBook Air is too costly for your tastes. The Transformer Prime attached to its keyboard is both thin and light, and the whole thing is made of a nice thin but tough aluminum, so what does that sound like to you? Also the keyboard itself is really quite good, comparable to full-blown laptop keyboards from that same fruit-flavored company. 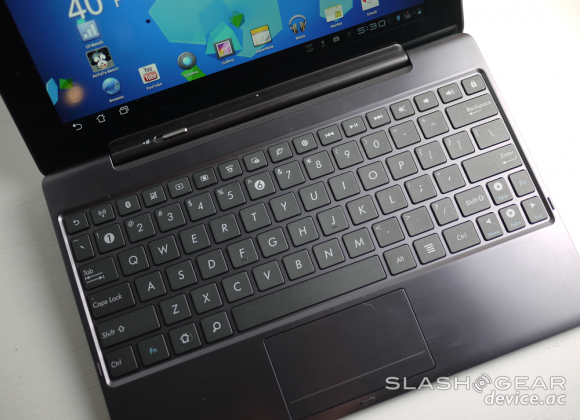 In our first two hands-on videos you’re going to see the device compared to the original Tranformer and some of the unique bits in the software on the Prime, followed by a nice close-up look at the keyboard dock. First up have a peek at the intro and mind the whale at the end, I think you’ll find the bubbles to be more than enough to entice you to go under the sea to track your batteries, if you know what i mean:

Then it’s time to head down deeper into the settings on this tablet / transforming tablet computer, noting especially how NVIDIA wasn’t about to let us take a peek at their Tegra 3 processor embedded inside without testing out a plethora of new games. The games will be shown in future hands-on videos, mind you, so let us know which ones you want to see first and I’ll be sure to fire them up.

Then note this: the ASUS Transformer Prime, otherwise known as the ASUS Eee Pad Transformer Prime, will be released $499 for the 32GB TF201 model, $599 for the 64GB model, and $149 for the new docking station in the USA. The tablet will be available in Amethyst Gray (like ours) and Champagne Gold, and per Asus: “We expect availability to start the week of 12/19 based on the pre-orders and inbound shipment schedules.” Sound like a good deal to you? 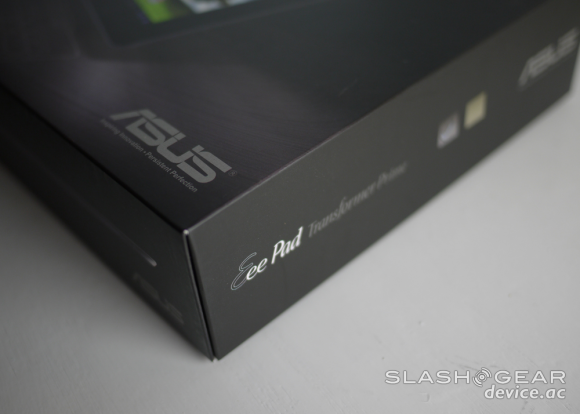 At this time I’d like to ask you, the prospective user to ask any and all questions you may have of this tablet so that we can answer them in the upcoming hands-on and review posts. Anything at all, ask away, and don’t forget to mind the videos as well as the photos incase you answer appears there in some form or another. Thanks in advance, and expect the full review in just a few days right here on SlashGear in the main news feed!