ASUS’ PadFone is currently splitting opinion at Computex 2011, and not just because the company has bizarrely chosen to brand the décolletage of its demo model. As well as a couple of ASUS-made demos, we’re seeing a number of hands-on first impressions of the hybrid phone/tablet prototype, and we’ve gathered them all up for you after the cut.

NetbookNews and jkkmobile got up close to the stickered ASUS lady (who doesn’t appear to have pulled off the backing plastic from her temporary tattoos) as well as producing the two videos below. Engadget got their eyes near to the slate too, though it seems opportunities to actually play with the prototype were in short supply. It’s worth bearing in mind that ASUS has said the final specs of both sections are not yet finalized, so everything from chipset to screen size and aesthetics could be tweaked prior to launch. 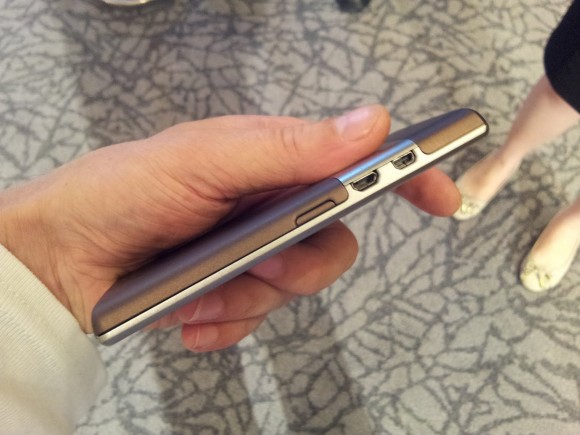 In the photo above, by jkk, you can see the two side-mounted ports for microUSB and microHDMI, that the PadFone tablet section hooks up to for power, display, internet access and data. There are two official ASUS videos to go with the PadFone launch, including one with an accidental IE8 gaffe. Seen any other hands-on reports? Let us know in the comments below.

ASUS PadFone: Behind the Scenes: