ASUS kept their word when they said that the Android 3.1 Honeycomb update would be arriving on its ASUS Eee Pad Transformer tablet starting early June. It’s the very first day of June, and some Transformer tablet owners have already reported receiving the update.

The Android 3.1 Honeycomb update is rolling out over-the-air, so you own a Transformer tablet, you can expect to see it any day now if you haven’t already gotten it. The update will bring many improvements as was demonstrated at Google I/O, including a new task switcher, resizeable widgets, and support for more USB devices. 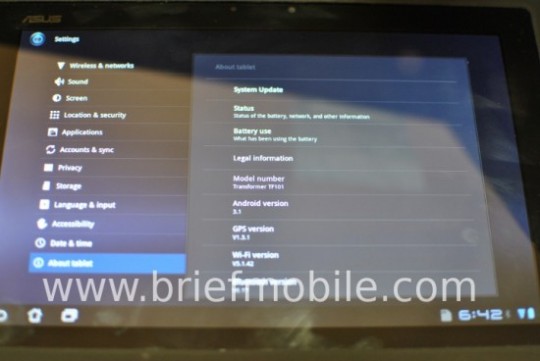