ASUS may not be the first name you associate with either smartphones or photography, but the company could change all that with a new handset featuring an optical zoom. Teasing for the new phone began last month, most notably flashing a curious dual-lens camera on the back. While some speculated that it could be a return of 3D mobile photography – something consumers rarely warmed to – a new teaser indicates it’s something far more unusual, with ASUS seemingly managing to squeeze an optical zoom system into its smartphone form-factor.

While optical zooms are commonplace on standalone cameras, they’re far rarer on smartphones. Samsung attempted it with the Galaxy S4 Zoom, though arguably developed something more akin to a connected camera than a phone-with-zoom; either way, the compromise of adding physically moving lenses was significant bulk.

ASUS, though, seems to be taking a different approach. Morse code in its latest brief teaser posted ahead of CES 2015 next week spells out “optical zoom”, but the twin lenses hint at a far more interesting solution to the challenge.

In fact, they could be the handiwork of Corephotonics, GigaOm suggests, which has cooked up a camera module strikingly similar in appearance to the assembly on the back of the unnamed ASUS handset.

That module combines mechanical, optical, and computational photography technologies. One of the lenses uses a wide aperture, the other a low height tele aperture: they fire off simultaneously, and by combining the two pictures with a sprinkling of fancy processing, Corephotonics says you can get the equivalent of a smooth 3x optical zoom.

The module also includes optical image stabilization, and can supposedly add an extra stop of exposure. Corephotonics’ hardware supports 3D depth tracking, too, though it’s unclear whether ASUS would actually use that.

If anything, it’s more akin to lossless digital zoom as we’ve seen from approaches like Nokia PureView than a true optical zoom: there, Nokia used high-resolution digital cameras and then cropped sections of the frame to replicate the effect of a zoom lens. 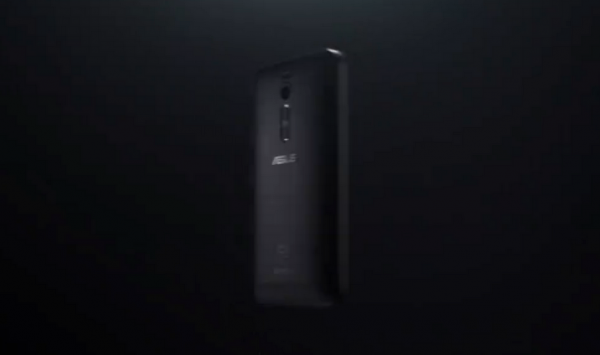 Whatever ASUS’ system, it will take more than just a clever camera to distinguish it in the ever-more-competitive smartphone market. We’ll know more next week, when the company shows off its new CES range.