Aston Martin cars are already a relatively rare sight on the road, but don’t expect to catch this striking new Aston Martin Victor pulling up at the lights next to you – the British automaker is only making one. A very unusual, and very special, commission from Q by Aston Martin, the coupe is intended to capture the style and spirit of the 1970s and 80s, but with a thoroughly modern heart.

It’s definitely a car of contradictions. The exterior started with an original, refurbished One-77 carbon fiber monocoque and rear housing, around which a seriously sculpted body was built. Full carbon fiber was used for the bodywork panels, pulling in elements of both the 1970s V8 Vantage and the DBS V8 that raced in the 24 Hours of Le Mans as the RHAM/1. 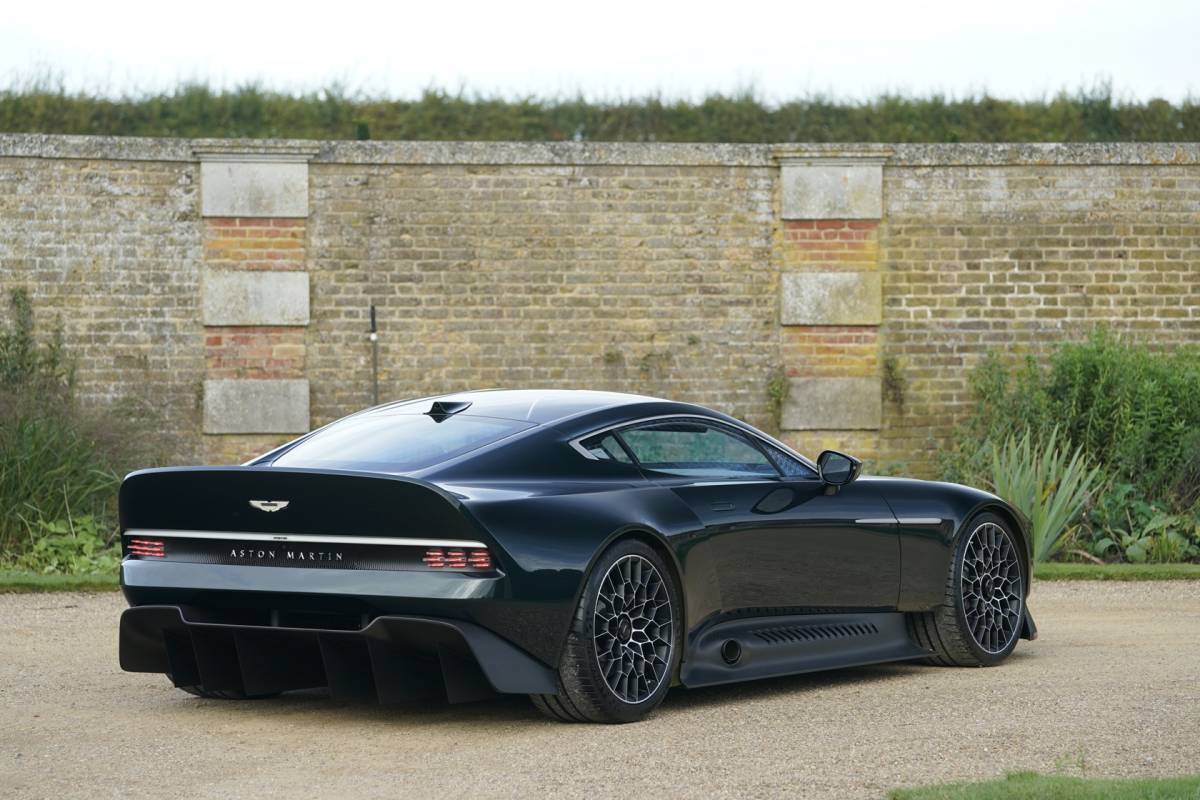 With that, Aston Martin’s designers paired some of its cutting-edge technology. The Victor gets the latest Valkryie rear lights, for example, and a combination of special Pentland Green paintwork offset with satin carbon fiber. Computer fluid dynamic modeling made sure the exaggerated bodywork was aerodynamically slippery, too. Indeed, Aston Martin says it was targeting GT4 levels of downforce.

It all paid off, too. There’s 842 Nm of downforce at 100 mph – considerably more than the 525 Nm that a race-prepared Vantage GT4 can deliver – and there’s no denying the speed the Victor is capable of, either. 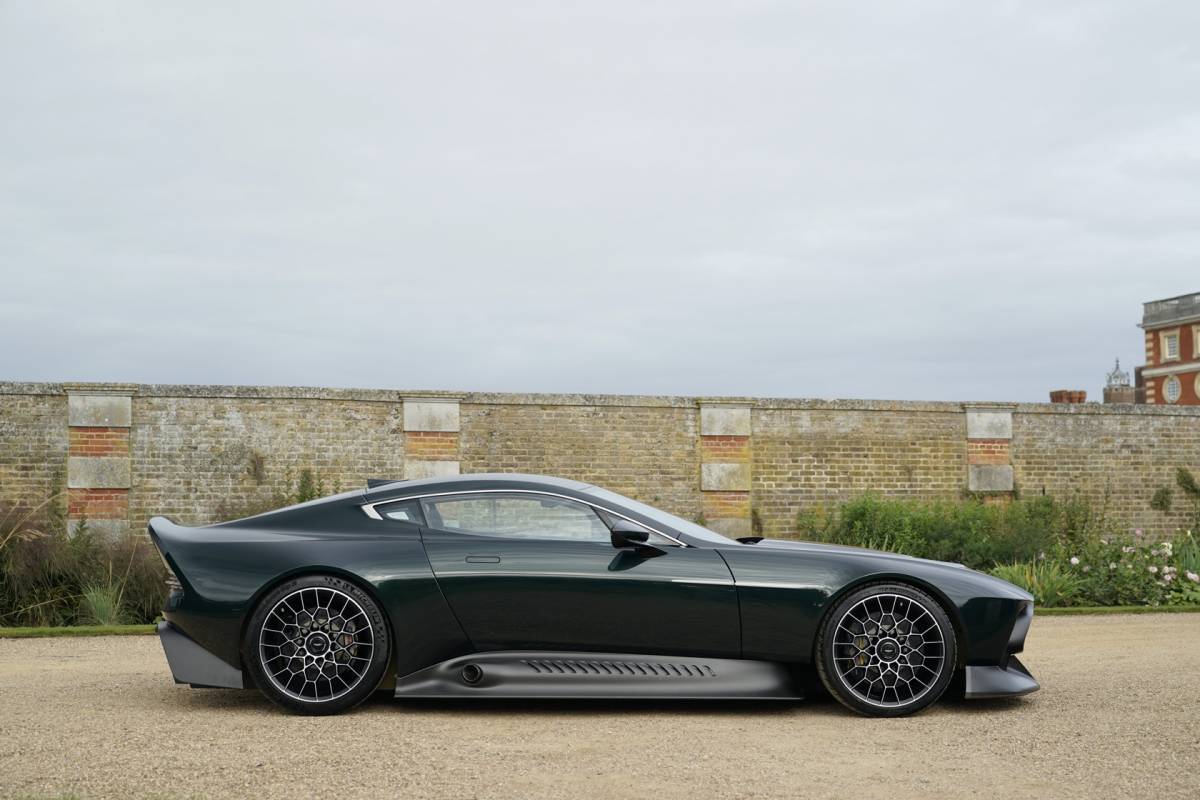 Aston Martin borrowed another One-77 part for that, a naturally-aspirated 7.3-liter V12. It was rebuilt, and retuned, by Cosworth to deliver 836 horsepower and 606 lb-ft of torque. No word on official 0-60 mph times or top speed, but we’re talking about more power and torque than the One-77, and that could do the dash to 60 in 3.5 seconds and keep going all the way to 220 mph. 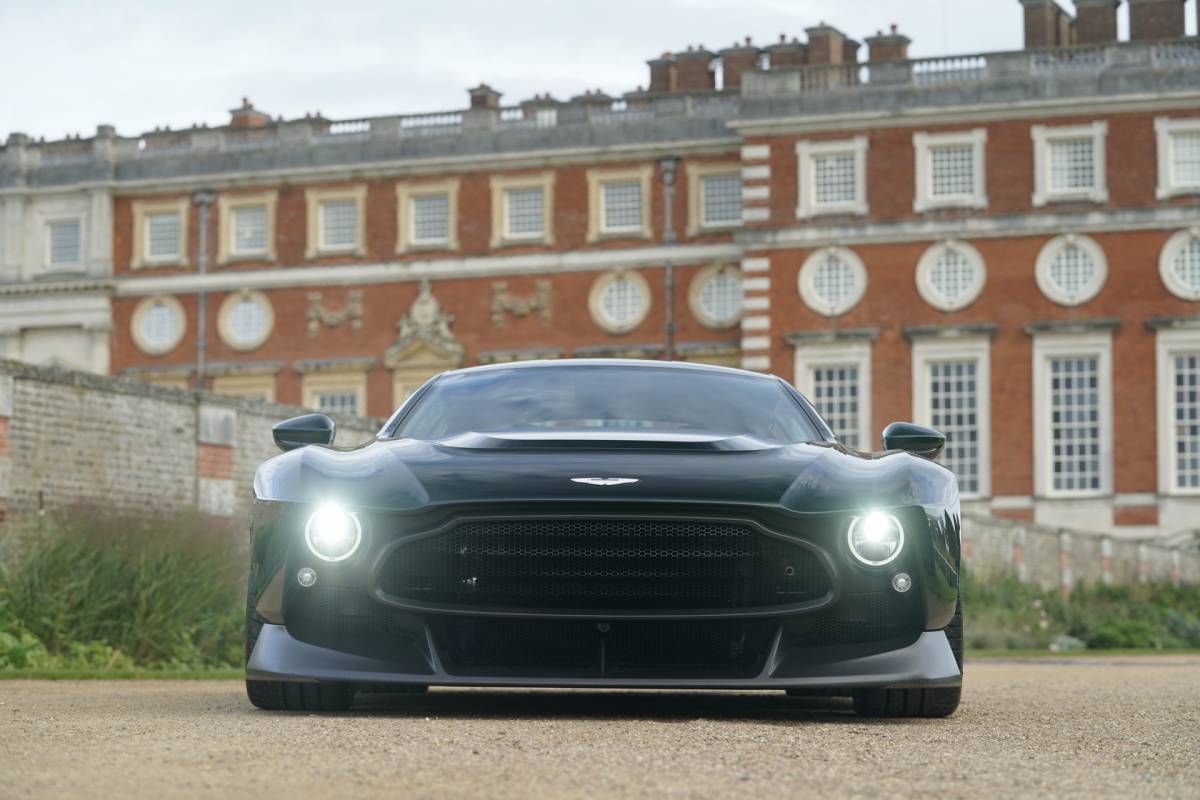 Strangest of all? You’ll be rowing your own gears. The V12 is paired with a six-speed manual transmission, built for Victor by Graziano. That makes it the most powerful manual Aston Martin so far, and the automaker had to fit twin coolers and a bespoke motorsport clutch in order to make it possible. 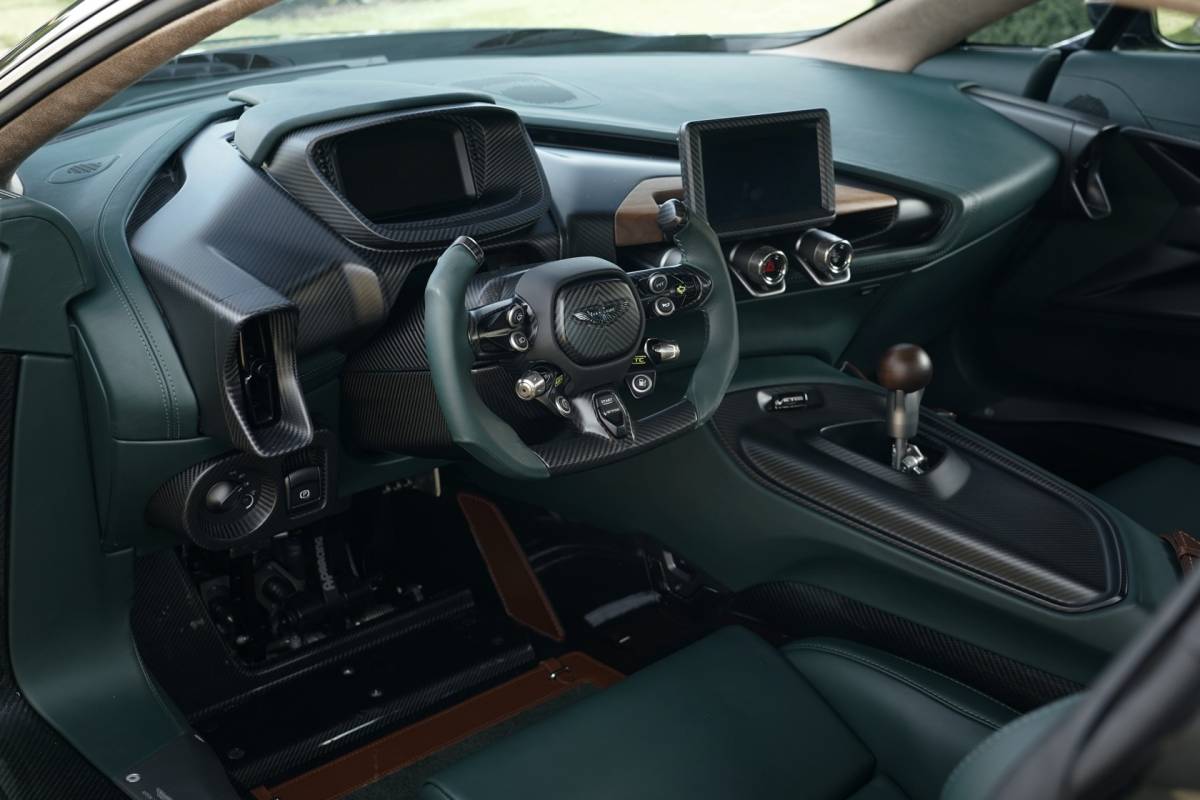 The cabin itself is finished in Forest Green and Conker leather from specialist Bridge of Weir; that’s combined with cashmere. Large swathes of the carbon fiber chassis are left exposed too, alongside anodized aluminum, and machined and polished titanium. Crown cut solid walnut is used on the dashboard and for the stick-shift knob, while the Aston Martin Vulcan donates the motorsport-inspired steering wheel. 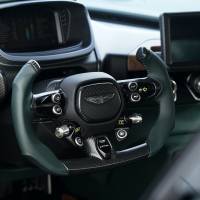 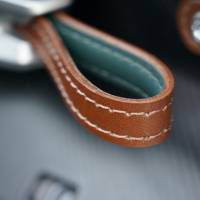 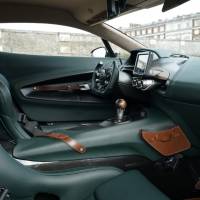 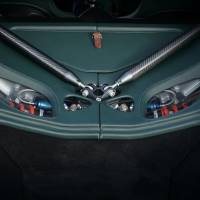 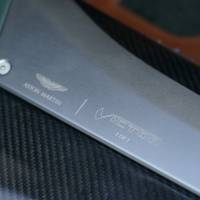 Inboard springs and dampers come from the Vulcan too, with center lock wheels and GT3-spec Brembo CMM-R Carbon Ceramic brakes round things out. There are six different suspension settings, taking the coupe from boulevard to race track. 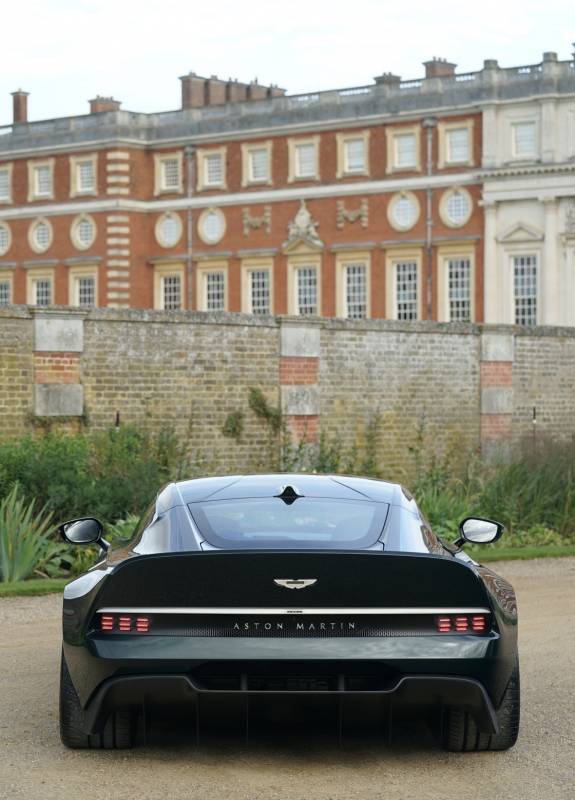 Exactly how much all this might cost, Aston Martin isn’t saying. Nor is it detailing just who commissioned Victor, which was a surprise reveal at the Hampton Court Palace Concurs – as a “Future Classic” – in the UK this week. According to Aston Martin the owner wants to keep it relatively “low key,” which is easier said than done when you look quite this dramatic.