It’s not been a great couple of days for Ubisoft. Assassin’s Creed Unity was put on sale a full 12 hours before the review embargo was lifted, reviews were less than positive, and there’ve been several reports of graphics glitches in-game for both the console (PS4, Xbox One), and PC versions of the game. Today Ubisoft has responded to a couple of complaints, suggesting in one case that “graphics performance” could be “adversely affected by certain AMD CPU and GPU configurations.” Ubisoft appears to be suggesting this performance hit is only present on PCs, not necessarily Xbox One or PS4.

UPDATE: Ubisoft has now made clear that issues this week do not stem from any one piece of hardware – noting specifically that they did not mean to imply that AMD was the source of the troubles they’ve been having.

“As previously reported on the Assassin’s Creed Live Updates Blog, our team is furiously working to resolve bugs and performance issues for Assassin’s Creed Unity on all platforms.” Ubisoft continued, “On PC, some media outlets have misinterpreted a forum post indicating that we were working on resolving issues that were AMD-specific. We apologize for any confusion and want to be clear that we are working with all of our hardware partners to address known issues that exist across various PC configurations.”

In our Assassin’s Creed: Unity Review you’ll find us giving the game a lower-than-usual score. Not because the game isn’t beautiful – it certainly is – but because after Black Flag, especially here with out-of-game purchases and sign-up incentives running rampant, Unity isn’t all that it could have been. 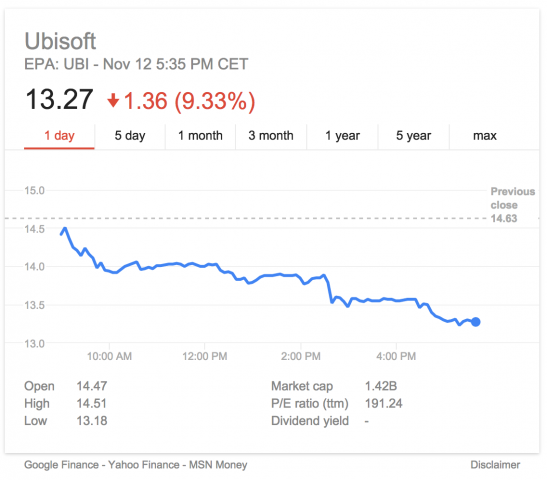 Ubisoft seems to be suffering a blow in the stock market as a result of launch-day woes. This image was captured at 5:35 CET on the 12th of November, the a bit over a day after the launch of Assassin’s Creed: Unity. 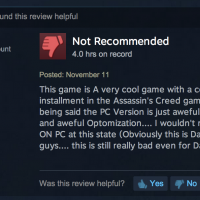 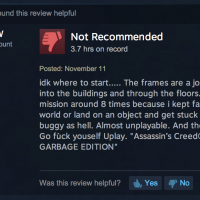 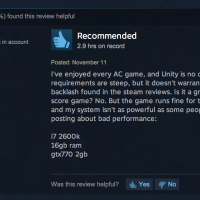 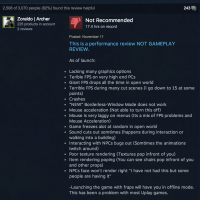 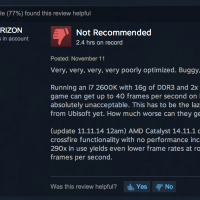 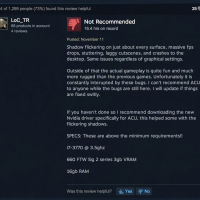 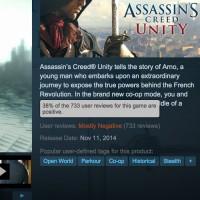 Thus far we’ve seen many of the issues spoken about in Steam – lagging menus, very poor frame rates, and crashing. A shocking 62% of reviews on steam – out of well over 700 reviews – are currently negative for this game.

A community manager by the name of “UbiJohkr” on the official Assassin’s Creed Unity Forums suggested the following bit on the PC performance thus far:

“We are aware that the graphics performance of Assassin’s Creed Unity on PC may be adversely affected by certain AMD CPU and GPU configurations. This should not affect the vast majority of PC players, but rest assured that AMD and Ubisoft are continuing to work together closely to resolve the issue, and will provide more information as soon as it is available.” – Ubisoft Community Manager

“Hi Villarán, we are aware of these issues and our teams are working on fixing them. Glad you’re enjoying the game!” – @Ubisoft

Uplay services were out on and off throughout the day today, with @UbisoftSupport suggesting services would be back up this afternoon. Downtime is currently unknown – though not unexpected as the first couple of days after a major game launch can be taxing on any server system.

Below you’ll find a Unity “Glitch Compilation” as created by Crashinside3 Station. We recommend you TURN OFF THE SOUND because it’s Barbie Girl by Aqua. Unless you’re in the mood, of course.

Ubisoft forum member Tr4sh99 discovered the latest version of the game for PC to be October 29th, 2014. This suggests that the delay of the game earlier this year was not necessarily for updates to the game itself, but for elements outside development.

Let us know if you’re having problems with Assassin’s Creed: Unity, and we’ll be continuing to try to get the PC version of the game to work long enough to capture gameplay.

Also PLEASE feel free to speak up if you’re on the other side of the fence. If you’ve had nothing but a great time playing Unity so far, by all means, speak your mind!