While paleontology is done in warm climates today, some of the most interesting dinosaur bones reside northward, in the Arctic. In the Prince Creek Formation of Alaska, a team of researchers has discovered a sort of “lost world” of dinosaur bones in the ancient North of Alaska. Earlier today we discussed how Florida State University professor Greg Erickson and his team went about classifying a new type of dinosaur in this region. Now we’re going to hear him speak about the creature and its environment.

Gregory Erickson of the Biological Science department of Florida State University speaks in a video, courtesy of University of Alaska Fairbanks, about the region they’ve chosen to explore as well as Ugrunaaluk kuukpikensis.

This duck-billed dinosaur’s 70-million year old relatives were previously only found in far warmer climates. This is also true of MOST dinosaur species yet discovered.

Photos via UAMN’s Pat Druckenmiller. ABOVE: Greg Erickson digs at Lindscomb Bone Bed, one site at which some of the 10,000 bones have been discovered. BELOW: Liscomb Bone Bed, wide view. 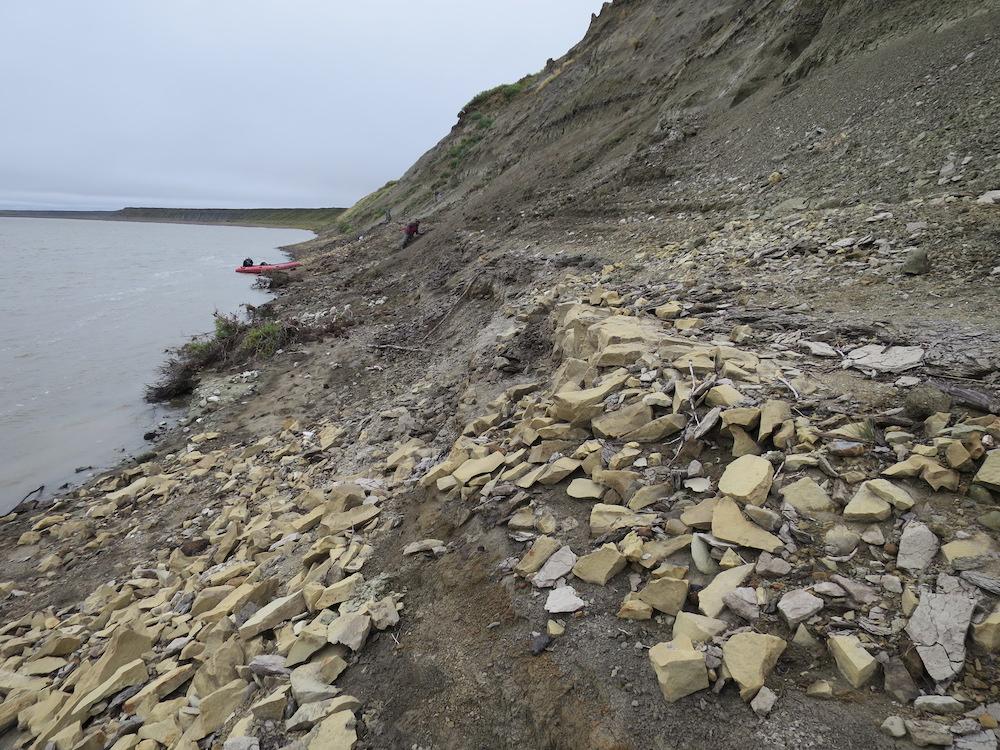 Digging in the Prince Creek Formation of northern Alaska can be more treacherous than the warmer climates closer to the equator. This cold environment can have benefits, on the other hand, such as this well-preserved bone with what appears to be spongy bone bits inside. 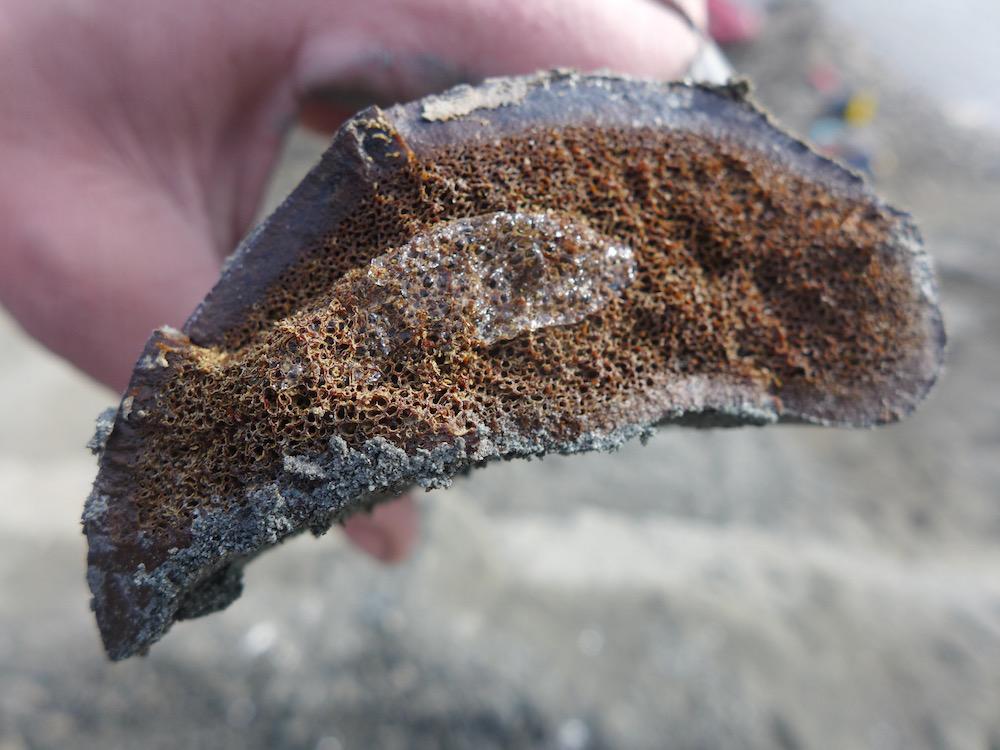 It might be too much to hope for that they find red blood cells in dinosaur bones in this case.

The researchers have found evidence of at least 13 species in this area of Alaska. Some species have been identified as similar to already well-known dinosaurs known from warmer climates, while more species entirely new to science are expected to be found as this dig continues. 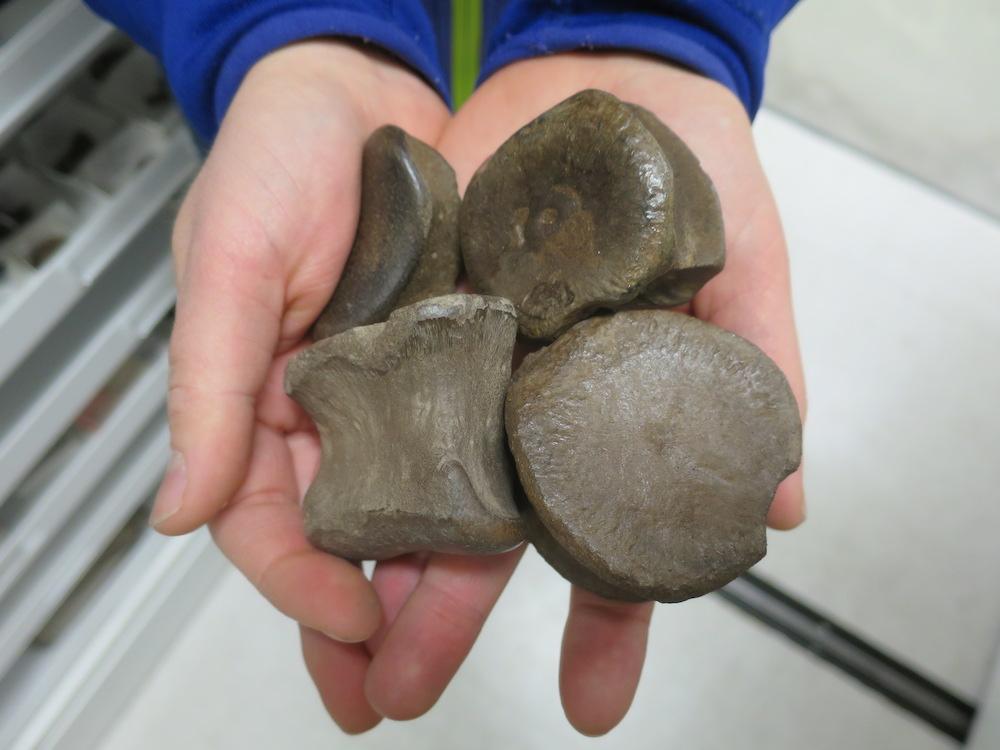 Bones from the Lindscomb Bone Bed are held by a team member in this photo from Druckenmiller.

To learn more about this region of Alaska and the dinosaurs therein, see the paper “A new Arctic hadrosaurid from the Prince Creek Formation (lower Maastrichtian) of northern Alaska” as authored by Hirotsugu Mori, Patrick S Druckenmiller, and Gregory M Erickson.

This paper on the first entirely new species found in the area can be found in the scientific journal ACTA (Palaeontologica Polonica) with publication code doi:http://dx.doi.org/10.4202/app.00152.2015.