Niantic’s CEO has teased the Pokemon Go-maker’s first augmented reality glasses, with a cryptic preview of the digital eyewear on Twitter. It’s the first public sign of the company’s smart glasses, though Niantic – which is also partnering with Nintendo again on a Pikmin game – has been talking about AR gaming for some time now.

Indeed, back in late 2019, the company took to the stage with Qualcomm to discuss plans for an augmented reality headset using the chipset maker’s Snapdragon XR2 Platform. That, Niantic said, would see its Niantic Real World Platform brought not only to AR hardware it was developing, but to third-party AR devices too.

The Niantic Real World Platform consists not only of the company’s games – which also include Ingress and Harry Potter: Wizards Unite – but the related social and mapping data. For example, businesses and individual players can add new locations to the database, with that information being integrated into the Pokemon Go Buddy Adventure AR features, among other things. That overlays more digital graphics into the view of the real-world scene through your smartphone. 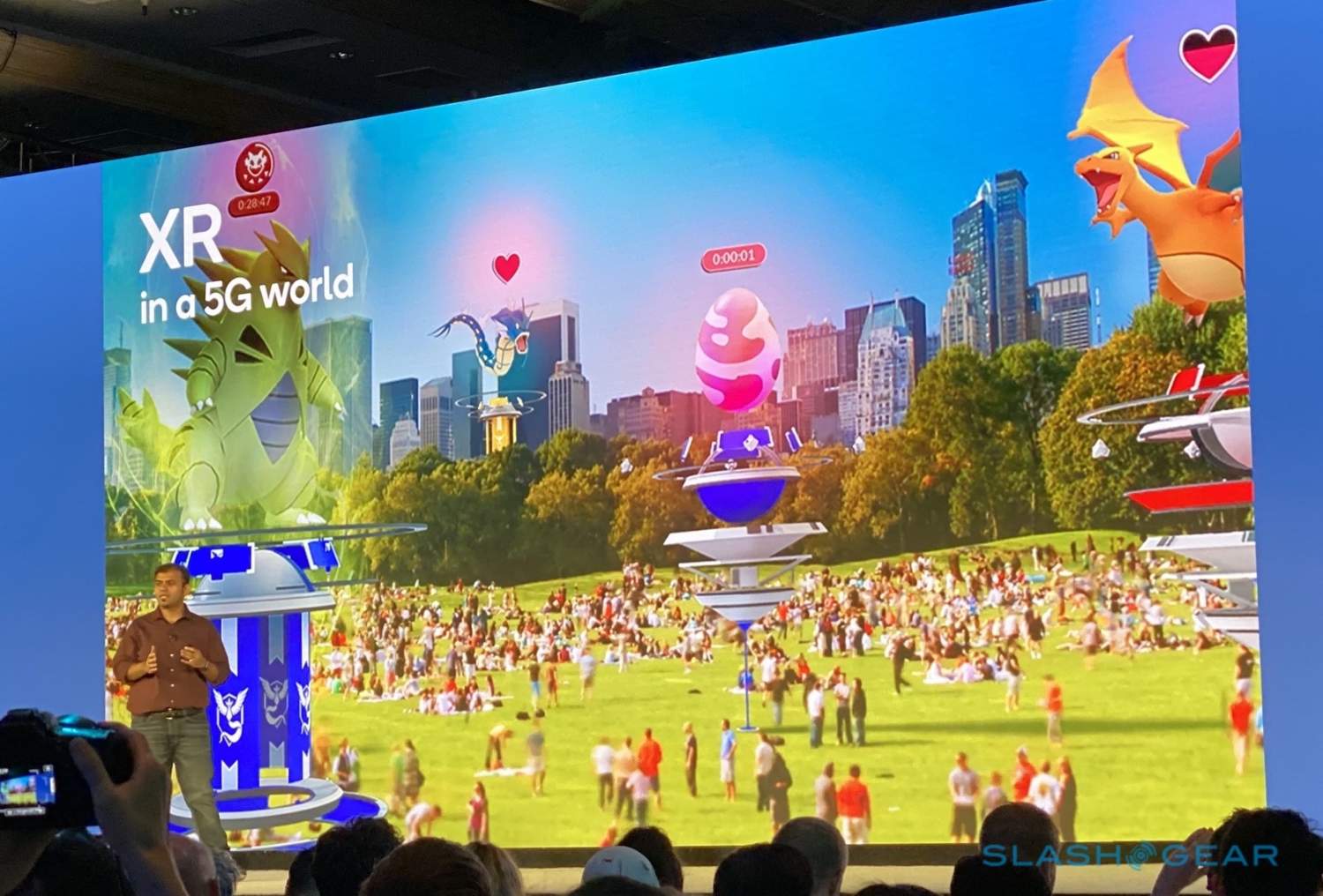 However, AR glasses could potentially go much further than that, depending on how complex Niantic aims to take them. What’s interesting is that, last year at least, the company was saying that it had no plans to actually build its own hardware. In an interview, COO Megan Quinn described the relationship with Qualcomm as more about a reference design than anything else.

That could well be what Niantic CEO John Hanke is teasing now. The image he’s shown looks like a render of a set of digital eyewear, with the lens visible as well as a plastic and fabric arm. Niantic branding is clearly visible along the side, atop what looks to be some sort of strap.

What appears to be a speaker or microphone grille is also visible, though the rest of the hardware is not shown. “Exciting to see the progress we’re making to enable new kinds of devices that leverage our platform…” Hanke wrote.

Reference designs are commonplace in the tech world, as a way for developers and hardware designers to give both an indication of what they have in mind in terms of devices, and a shortcut for manufacturers to actually produce them. If Niantic is not, in fact, planning to commercially build such a headset, then the eventual retail versions could end up looking different, though whatever core features are inside will likely remain the same.

It’s unclear when, exactly, Niantic expects to reveal the AR headset – or whatever it is that Hanke is previewing here – publicly.