Apple has priced up its beautiful new iMac all-in-one desktop, with the achingly skinny computer priced from $1,299. The 21.5-inch iMac kicks off at $1,299, with a 2.7GHz quadcore Core i5 processor from Intel, paired with 8GB of RAM and a 1TB hard-drive. There’s also GeForce GT 640M graphics. Of course, Apple also has a bigger model too. 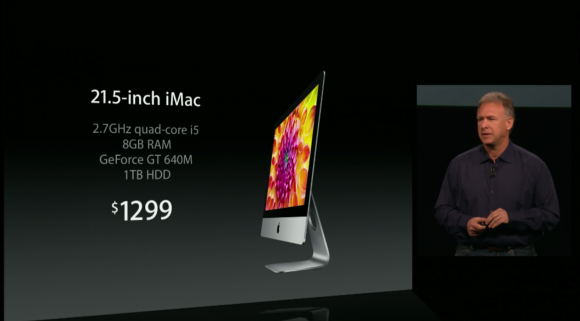 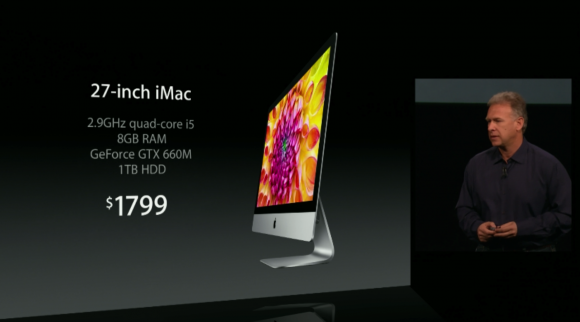 Both can be specified with considerably higher kit, however. There’s the option of up to 768GB of flash storage or either a 1TB or 3TB traditional hard-drive. However, there’s also Apple Fusion Drive, which combines both flash and hard-drive storage in a hybrid, for the speed advantages of an SSD and the capacity of an SSD.

The new iMac will be delivered with a wireless keyboard and either a Magic Trackpad or a Magic Mouse. An external optical drive will also be offered. The 21.5-inch model will ship in November, while the 27-inch version will ship the following month, in December.