If you saw earlier pictures or video of the reversible USB cable Apple is allegedly planning to release with the iPhone 6, you’d know it was a cool concept. You may have also wondered how Apple was accomplishing the feat. Newly released patent info tells us, in some detail, just how the reversible USB will work.

The USB outlet will feature a central stalk where the actual connector is teetering on. That thin stalk will slide to the side, regardless of which end is up on the USB port, allowing for a (hopefully) successful plug-in each time. The simple device doesn’t re-invent the USB wheel, it just makes it faster when you want to plug-in. 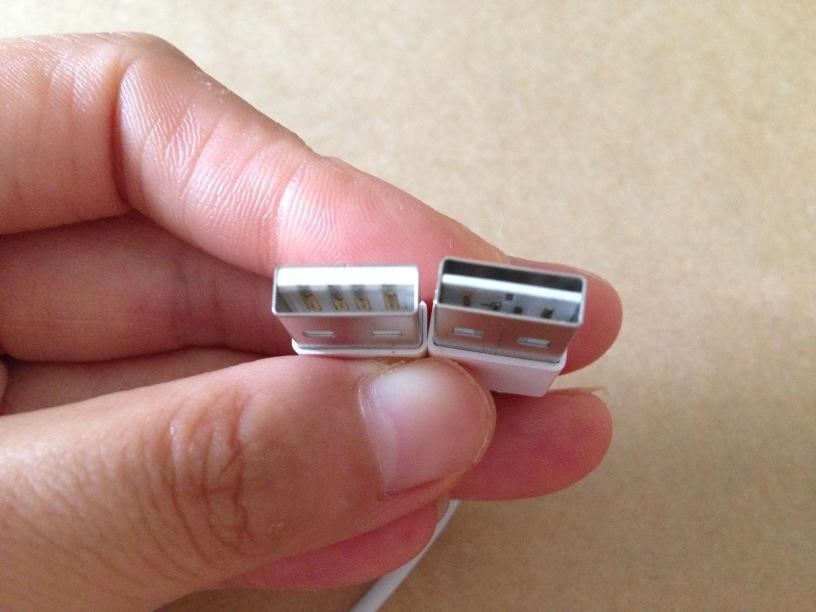 Apple hasn’t made the reversible USB official, so we’re not sure what material they’ll use, but it’s easy to consider this as fragile. Jab a USB cable end into the port too hard, and you might bend or break that thin stalk. Still, the connector could snap into place quickly if Apple executes this right, leaving us from having to crane our neck to see which end is up on our USB.

Recent rumors suggest Apple is making this reversible USB part of a new Lightning Cable, which could be packaged with new Apple iOS devices. If you’re one to take a cord with you for plugging your iPhone or iPad into a computer, this is a pretty neat creation.