The senior vice president worldwide marketing at Apple, Phil Schiller, took the stand in the Samsung case this morning to convince the jury that the iPhone‘s design and Apple’s approach with it and the iPad were wholly unique. In doing so, Schiller (and Apple) hope to make it clear that there are elements that Samsung latched on to for their own smartphone and tablet lines in a way that damaged Apple’s prospective sales in the process. Schiller’s questioning in the case thus far has ranged from the development of the iPhone (and the iPad at the same time) to the company’s advertising strategies from start to present.

Apple counsel Harold McIllhenny questioned Schiller first, asking him about how the iPhone was created. One of the publications present at the trial is Bryan Bishop from The Verge, who recounts that Schiller began his set of answers with the following statement:

“We started to look at whether you could put entertainment content on cellphones…. We realized at the time that some phones weren’t any good as entertainment devices. … The iPhone was a brand-new concept. A new generation of smartphone. The way we ended up helping people understand it’s capabilities was to break it up into three uses.” – Schiller

If you’ll remember back to 2007 when Steve Jobs introduced the iPhone, he did indeed call it a revolutionary project made up of three elements: “Three things: a widescreen iPod with touch controls, a revolutionary mobile phone, and a breakthrough internet communications device. An iPod, a phone, and an internet communicator. An iPod, a Phone – do you get it? These are not three separate devices. This is one device. And we are calling it iPhone. Today Apple is going to reinvent the phone.”

Schiller continued in the case (fast forward again to 2012, of course) saying that the reaction to the device being revealed was everything from “over-the-top positive reactions” to “doubt that Apple could succeed with it.” Schiller let it be known, though, that sales were “extremely good” and that, “each new generation sold approximately equal to all previous generations combined.” 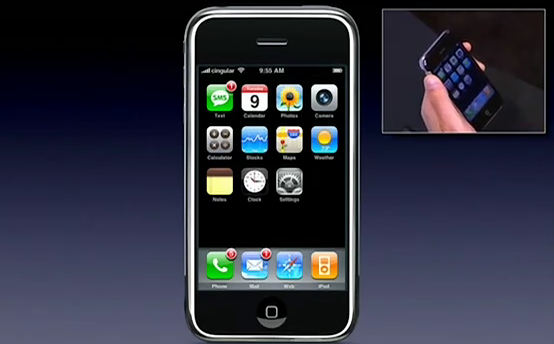 Speaking about the iPad then, Schiller recounted how Apple at the time considered the device as a risk to their image. The iPad was “a dead category” at the time, he noted, and “it was a big gamble to introduce the iPad for a number of reasons. First, this was a new category of devices.” Apple’s legal defense showed an image of each of the four distinctive iPhone models that have been on the market thus far, noting that according to Apple, “something we’re known for” is the dots on the bottom of the display as well as the icons and display itself. 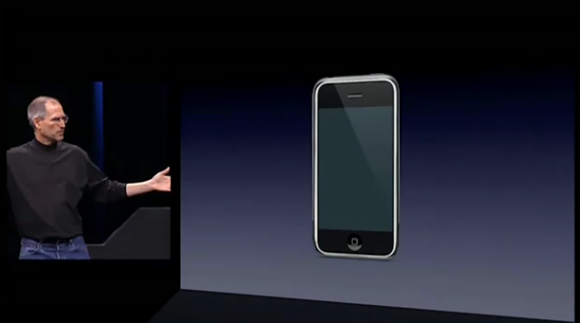 Schiller made sure to note that “consistency” and “beautiful, colorful icons,” have been paramount in keeping the iPad successful. Advertising is another element mentioned, with “product as hero” being Apple’s product-first advertising strategy in a nutshell.

As far as the surveys mentioned earlier today before the trial began, Schiller noted that Apple did indeed do web surveys as well as phone surveys on items on the docket such as how important the look and design was for purchasers of the iPhone 3GS and 4. The answers for this set of questions were an astounding 85 percent in the “important” or “very important” categories for a customer’s purchase of a device. This bit of information of course will be used by Apple to push for the idea that Samsung’s supposed theft of their look and design ended up damaging the company in the long run.

Stick around as Apple continues to face off against Samsung in the trial that’ll one way or another take a big swipe out of one of the two companies before its all said and done. Check out the timeline below to stay up to date on all of the proceedings as well.