The Second US Circuit Court of Appeals in Manhattan has decided that Apple’s “conspiracy among the publishers to raise e-book prices” verdict will be upheld. The trial began all the way back in June of 2013 as brought about by the US Department of Justice. As a result of this ruling, Apple is expected to have to pay $450 million in damages, most going to consumers who’ve purchased e-books over the past several years. At this time it would appear that Apple’s lawyers are seeking additional means for appeal.

A deal made in November between private plaintiffs, the Justice Department, and Apple required the outcome of this appeal to be read. “We conclude that the district court correctly decided that Apple orchestrated a conspiracy among the publishers to raise e-book prices,” wrote Second Circuit Judge Debra Ann Livingston this week.

“While we want to put this behind us, the case is about principles and values,” said an Apple representative this afternoon via Rueters.

“We know we did nothing wrong back in 2010 and are assessing next steps.” 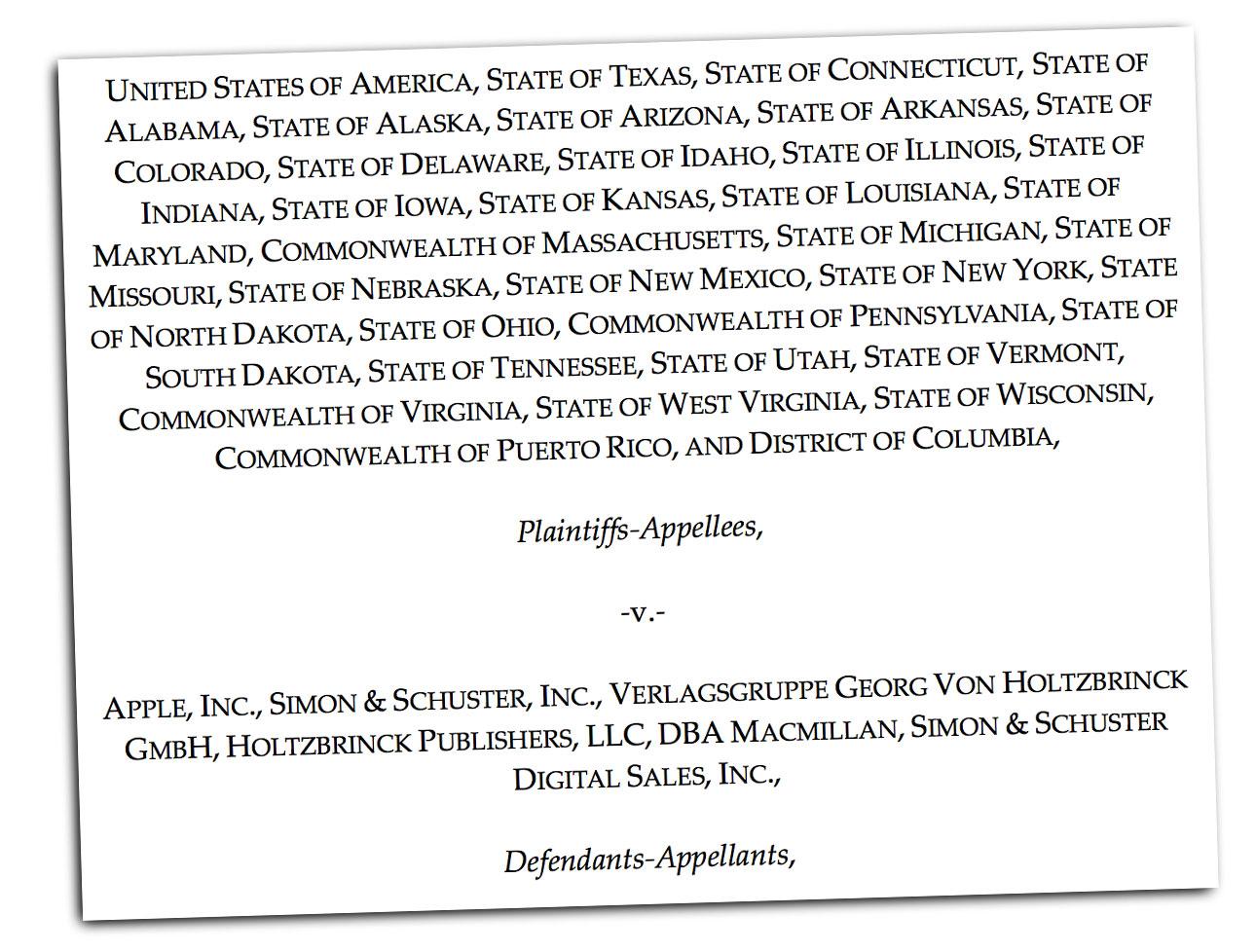 “On appeal, Apple contends that the district court’s liability finding was erroneous and that the provisions of the injunction related to its pricing authority and ebook applications are not necessary to protect the public,” wrote Second Circuit Judge Debra Ann Livingston in today’s full findings.

“We conclude that the district court’s decision that Apple orchestrated a horizontal conspiracy among the Publisher Defendants to raise ebook prices is amply supported and well‐reasoned, and that the agreement unreasonably restrained trade in violation of §1 of the Sherman Act.  We also conclude that the district court’s injunction is lawful and consistent with preventing future anticompetitive harms.”