Apple Watch Diary – On the road

A smartwatch arguably needn’t be too smart if you’re sat at your desk all day. Out on the road, however, if Apple Watch is going to be a useful traveling companion then it needs to step up: that generally means allowing your iPhone to stay in your pocket more often. Meanwhile, battery life becomes all the more critical when you’re not sure if you’ll be near an outlet until you’re back at your hotel. Question is, does the Apple Watch have what it takes to be a frequent flyer, or is it simply overbooked?

Several airlines have been quick to jump on the potential for smartwatches and frequent fliers, rightly assuming that having the essentials so close to hand can be hugely convenient. I’ve been flying Delta this weekend, though the core premise of its app is the same as those from other companies. 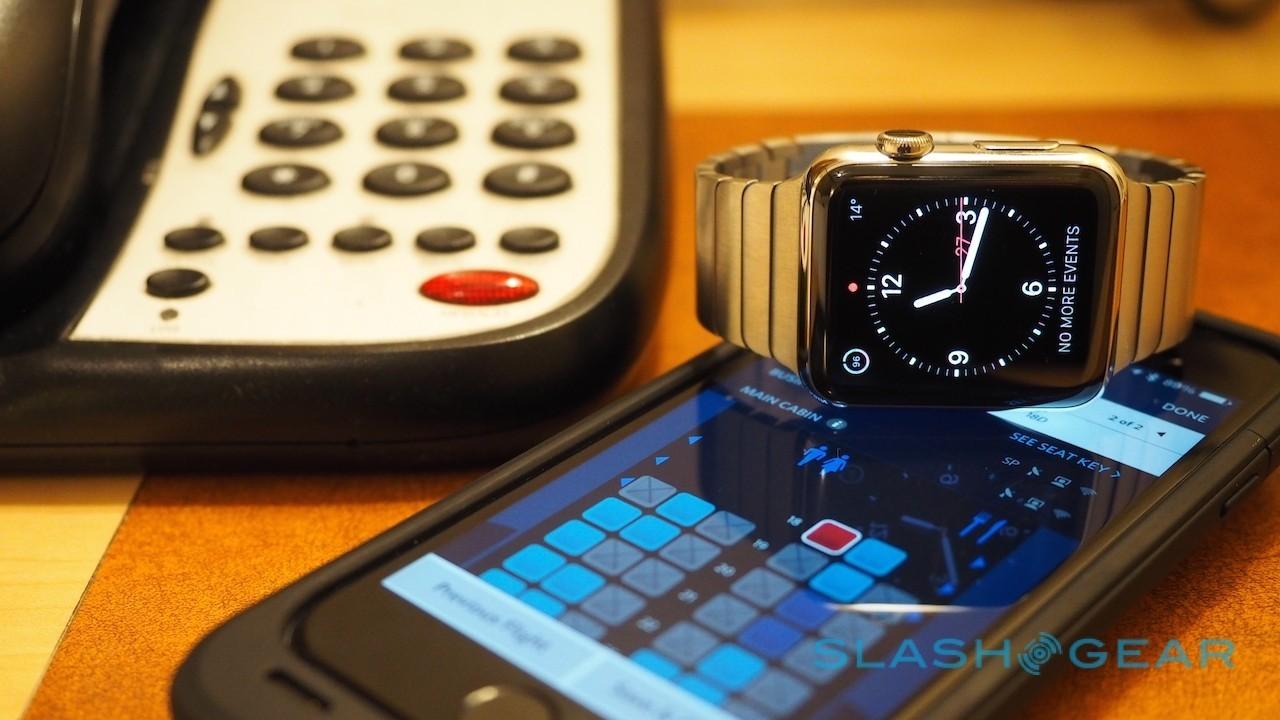 You still need to check-in through the iPhone app, but once you hit the “Add to Passbook” button on your e-boarding pass, it’s synchronized over to the watch, too. Now I’ll confess, I’d thought I’d spotted a goof in the ergonomics, since when you turn your wrist away the Apple Watch shuts the display off: just in time, I assumed, to make the QR code disappear right when you’re trying to board.

Happily my cynicism was misplaced. A couple of hours before my flight, the Delta boarding card was added to the notifications pane on the Apple Watch. Tapping it showed departure and boarding time, along with which gate it would leave from, and then scrolling all the way down revealed the QR code, which the wearable was clever enough to leave on-screen no matter the angle of my wrist.

It’s not been perfect, mind. Apple’s own apps seem to load relatively swiftly and smoothly on the wearable, but third-party apps are clearly still in need of some optimization. Hit the Delta icon on the Apple Watch’s bubbly launcher and, more often than not, I get to enjoy a progress bar that never actually makes progress.

There’s also plenty of room for refinement, rather than simply making the watch app a smaller-screen version of its phone counterpart. Currently, once you’ve landed you see baggage claim details, but that’s hardly the only time I could do with being guided by the wrist through an airport.

Which is the shortest passport line, for instance, or the quickest way to get to TSA PreCheck? Which way should I be walking to get to my gate, and how long will it take to get there? What shops and restaurants are there nearby? 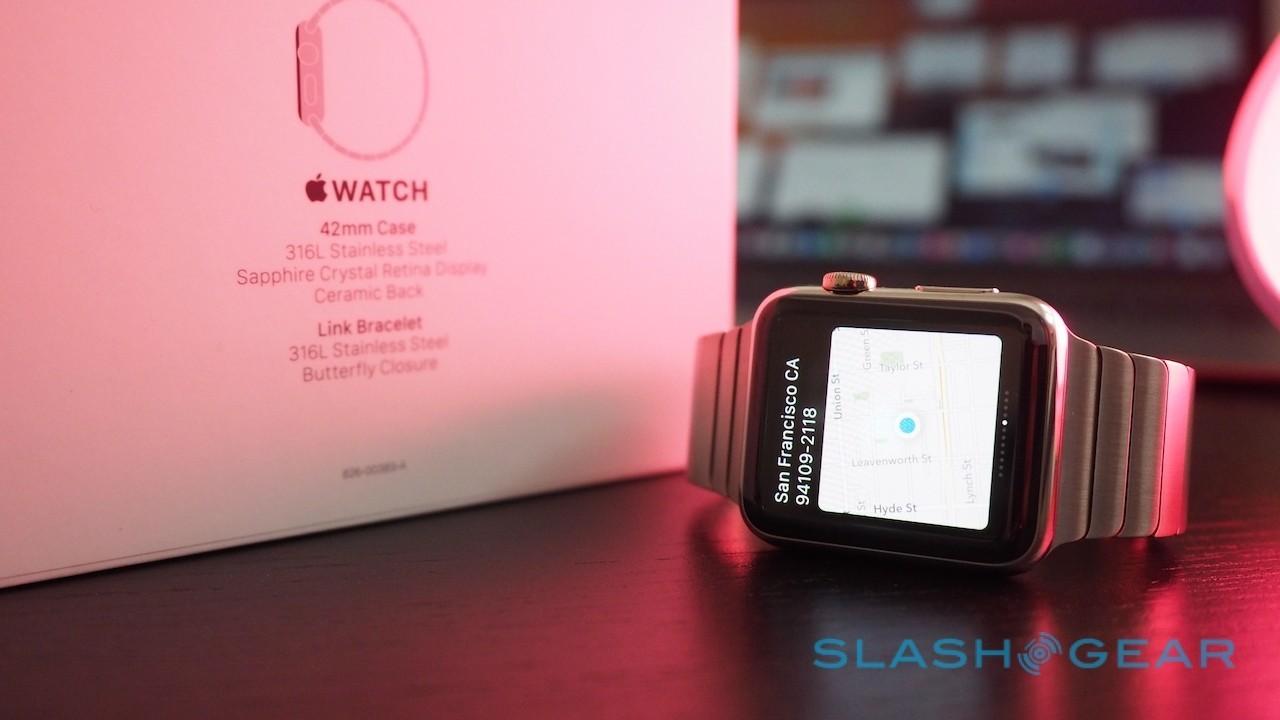 Moreover, just as the Apple Maps Glances card knew to show me navigation directions to my home when I first looked at it, when will it tell me when I need to leave for the airport in the first place? Siri certainly has her strengths – I’m increasingly convinced that voice recognition for dictation performs better on the Apple Watch than on the iPhone or iPad – but it’s this sort of contextual prediction that distinguishes Google Now. 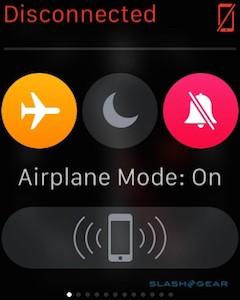 As an aside, according to Apple (and, presumably, the FAA) we should be putting not only our iPhone but our Apple Watch into airplane mode for takeoff.

An option in the iPhone app allows you to synchronize the two, so that toggling airplane mode on one device enables it on both, though later you’ll have to switch it off manually on both.

What’s been astonishing as I’ve been jumping between timezones over the past few days is battery life. I’ll admit, when Tim Cook came out and said that Apple Watch wearers should get used to the idea of charging every night, I had visions of watching the power meter like a hawk, and maybe trying to squeeze in a top-up around dinner time. 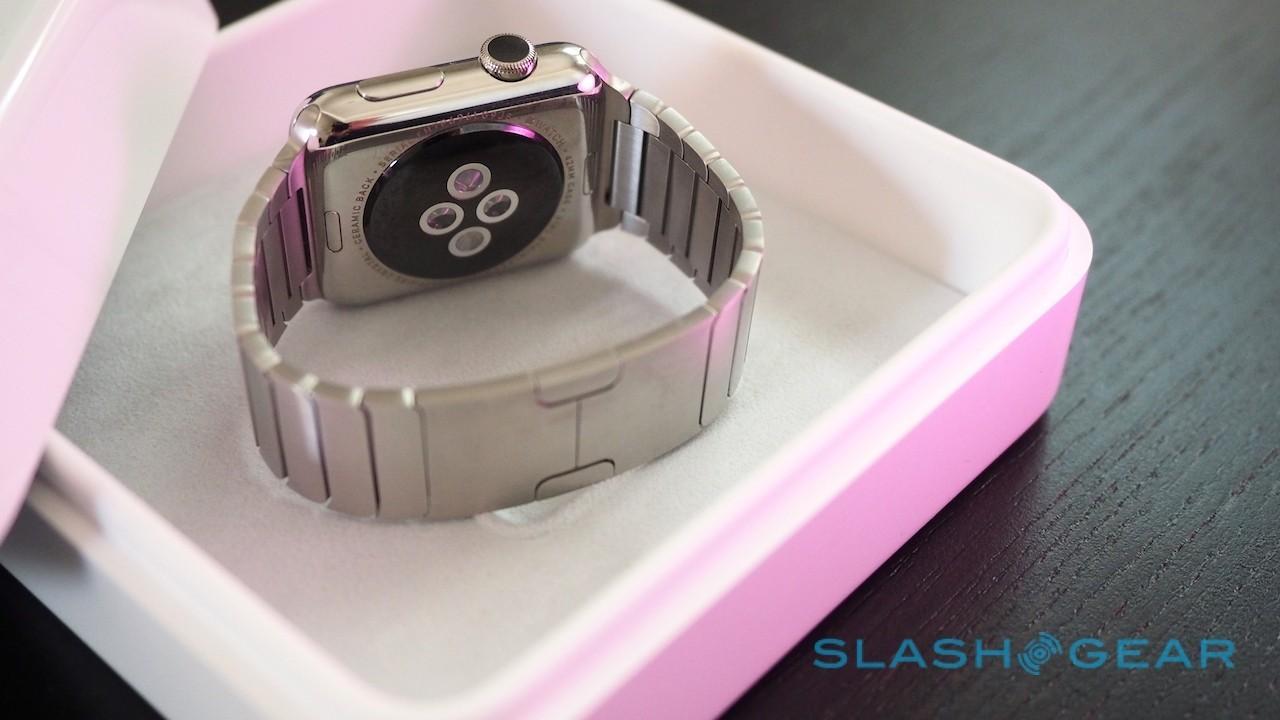 My mistake comes from years of experience with other wearables and smartphones, Apple’s own iPhone included. These days, say “you’ll need to charge every night” and most people instantly assume that means you’ll just about scrape through a day of use.

Whereas, in reality what that means is you won’t have enough power for two full days. Turns out, the Apple Watch could quite happily go through a full day of my typical use and well into the next; I’ve been ending up with 30-40 percent left on the meter. Sure, I could let it keep running, but then I’d have to find a convenient time to charge it on day two.

There’s something liberating about being able to effectively ignore the power indicator. It’s not something I’ve been able to do with any Android Wear smartwatch so far; Pebble Steel managed it, but at the expense of a color touchscreen, among other things. Frankly, my main lingering power complaint is that Apple didn’t include an AC adapter with two USB ports, so that you could charge both watch and iPhone off the same outlet.

Already got an Apple Watch? Love it? Hate it? Let me know in the comments.