Smartwatches with cameras never really took off, not least because early attempts were both bulky and inconvenient, but Apple’s designers believe they may have cracked it. A recently granted patent shows just how a future Apple Watch could accommodate a camera without forcing you to twist your wrist uncomfortably, or indeed solely shoot photos up your nose.

They proved to be common complaints about early attempts to integrate cameras into smartwatches. Samsung’s Galaxy Gear back in 2013, for example, baked a 1.9-megapixel camera into its side. Hardly the highest resolution, but it still made for a seriously chunky watch on your wrist.

Samsung tried again the following year, and the Gear 2 did at least make the whole thing smaller and less of an arm monstrosity. Still, while the camera was well placed for taking photos of what was in front of you, selfies were out of the question unless you wanted to take the watch off. 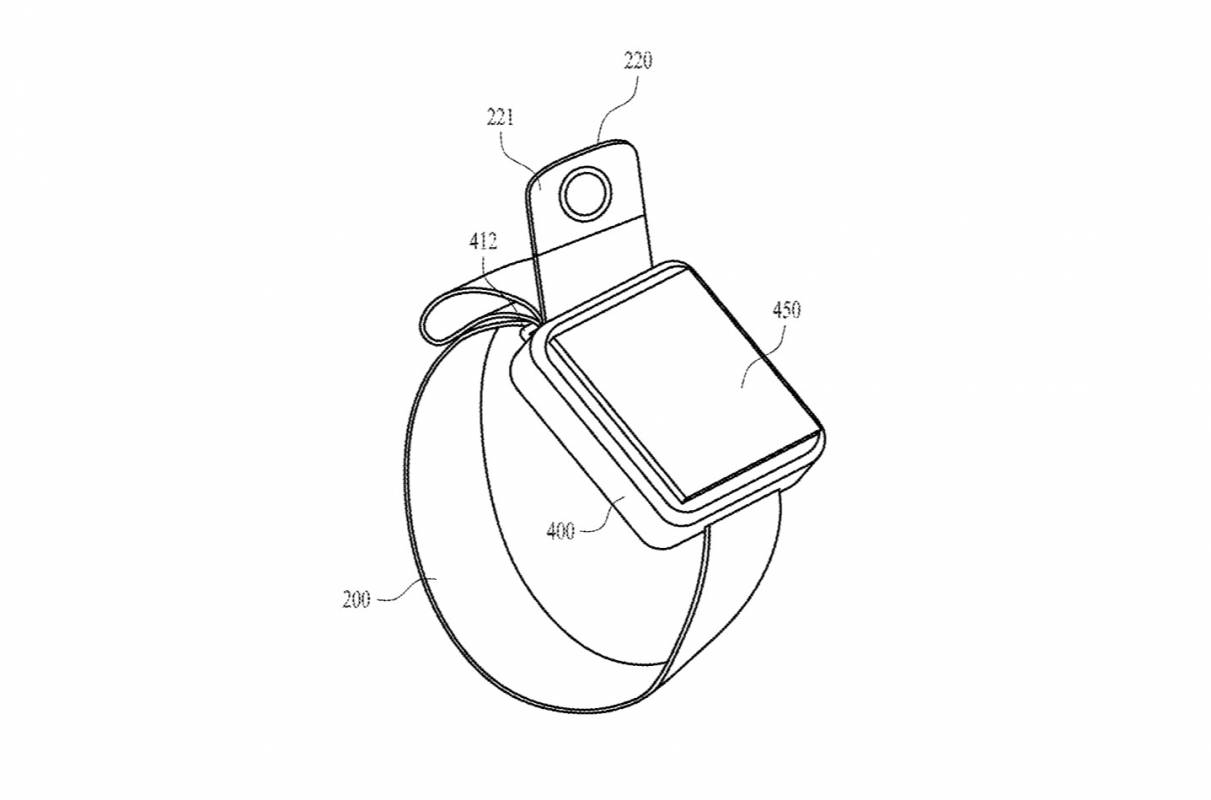 Now, Apple has a new idea, and it’s all about making better use of the watch band. In a new patent filed with the USPTO, and spotted by 9to5Mac, the camera’s sensor is integrated into the end of the strap. By folding the strap up, wearers could flexibly angle the lens to point at what they wanted to take a photo of – without having to contort their wrist.

Because the strap would be flexible, it could be twisted around to suit different directions. If you wanted to take a selfie, for example, or have a video call, you could bend it round so that the camera was facing you. Apple even envisages a possible band with twin cameras, one on each side, that could be used to capture 360 photos or video. 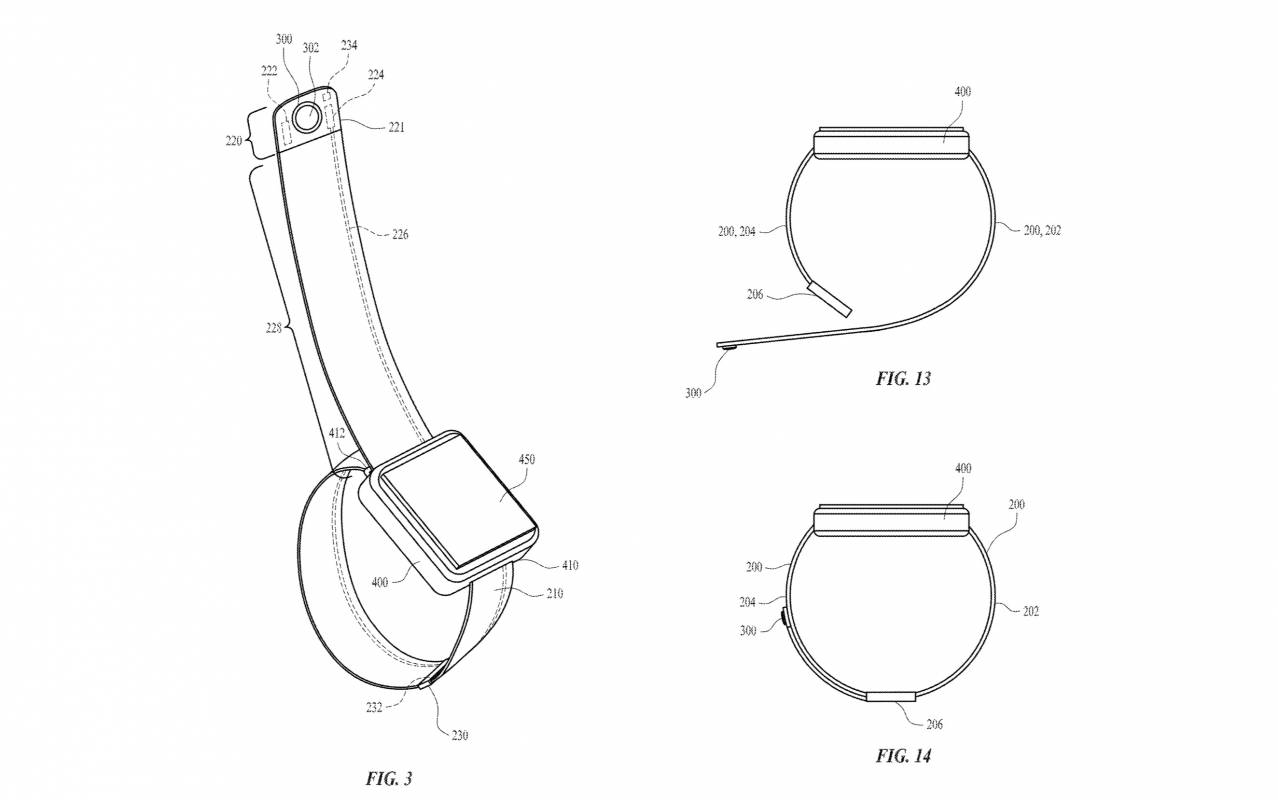 As with any patent, there’s no guarantee that what we see filed will ever actually show up on store shelves. Nonetheless, Apple is making clear efforts to push the Apple Watch to a place where it’s more of an independent device, rather than the tethered iPhone accessory it effectively is today. That will include a dedicated App Store, as well as a new breed of apps which deliver standalone functionality rather than acting as a gateway to what’s on your phone.

Apple even arguably paved the way for accessories like this, with the design of its watch band connector. As well as making it easier to switch in and out different straps, the Apple Watch’s hidden diagnostic port is actually integrated into one of those strap connectors. So far, that’s not been opened up to accessories and add-ons, but there’s nothing to say that a future version of the Apple Watch might not change that.