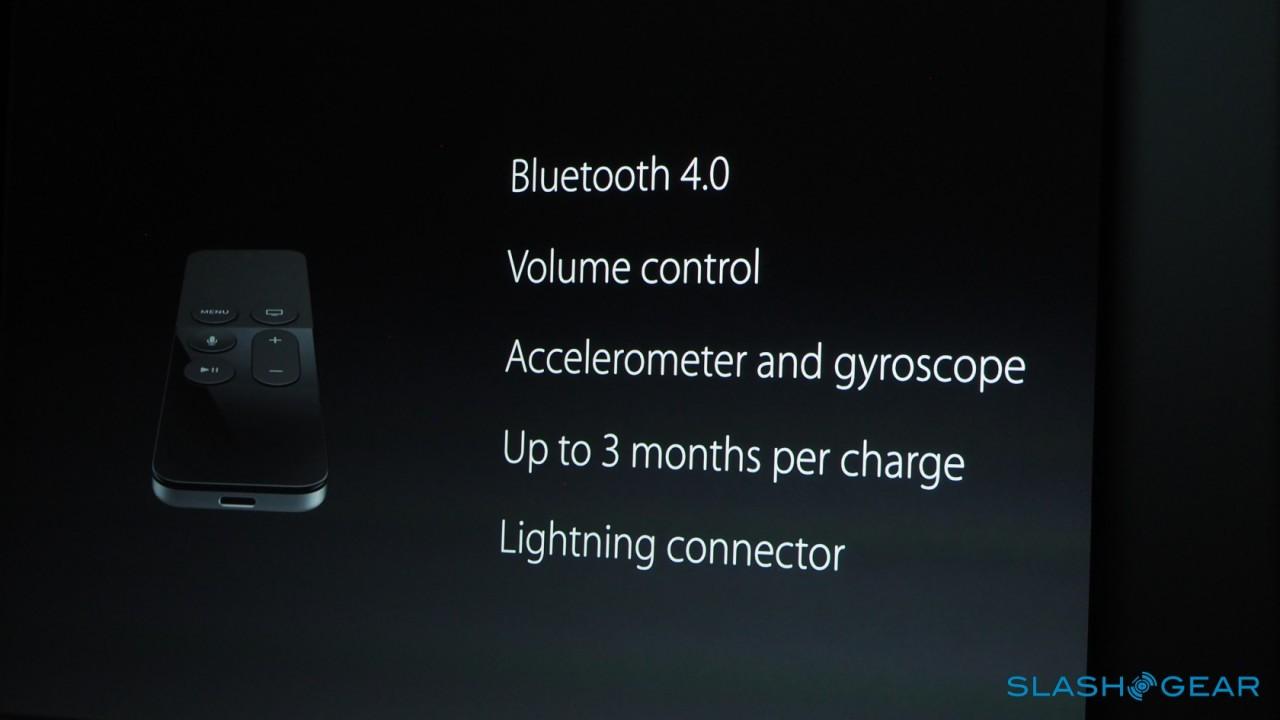 The new Apple TV remote works with Bluetooth 4.0, volume control, an accelerometer and gyroscope (for games), and up to 3-months charge time on a single charge. That’s a remote to beat, for certain. This device will work with the Apple TV’s HDMI connection for volume control with HDMI CEC. 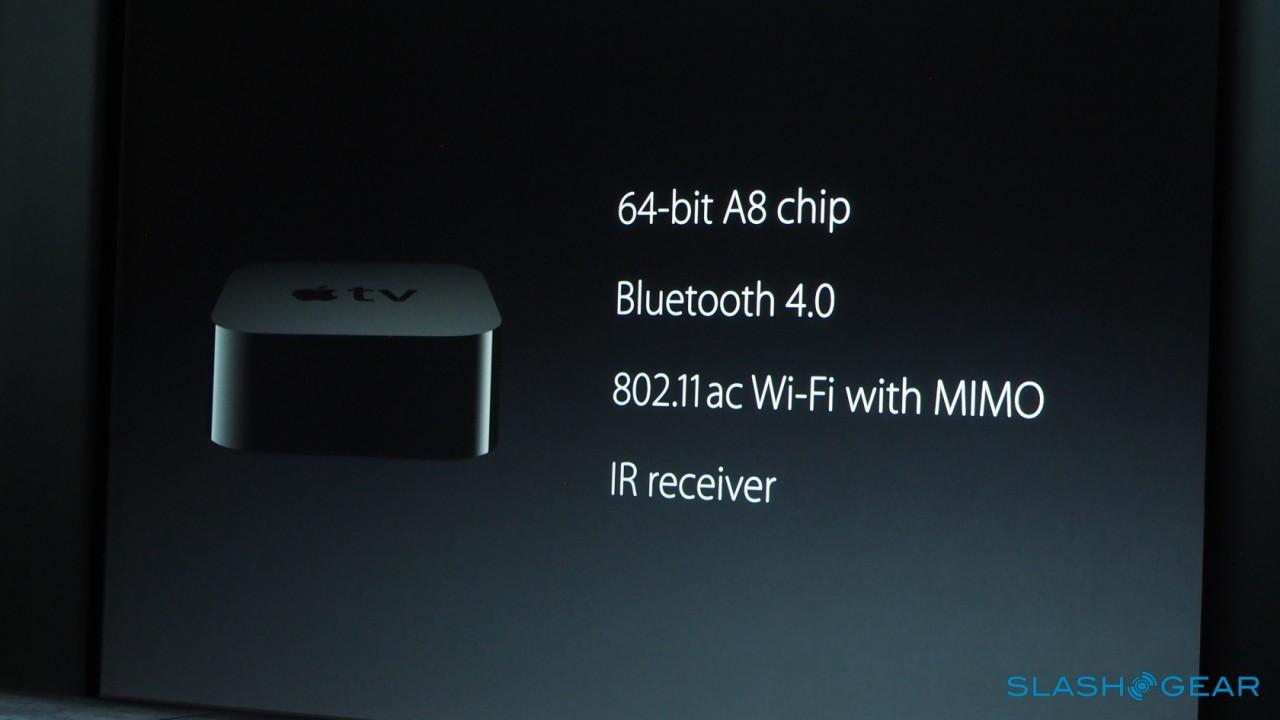 The new Apple TV has an ethernet port, a power port, and an HDMI port. Simple as can be. 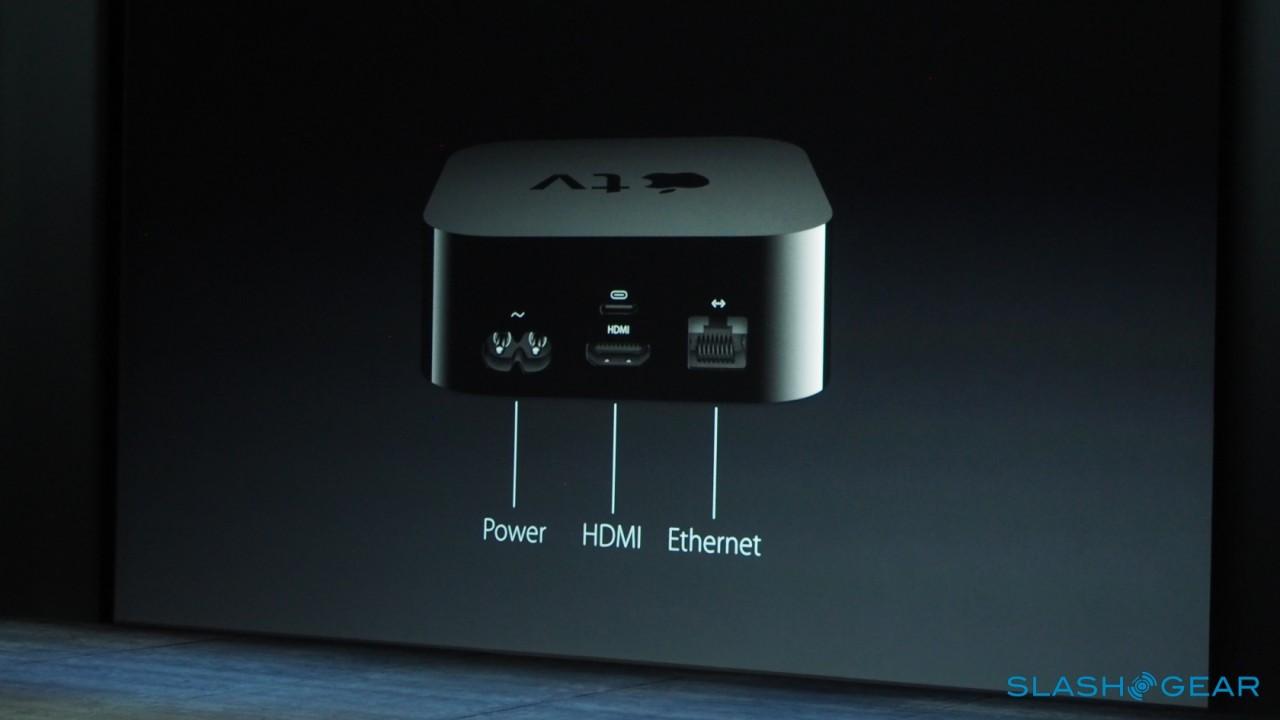 Stay tuned to our Apple hub for more as we get hands-on with the lot of these devices this early afternoon!