The next major Beats release was delivered in the form of a leak this week in four new colors. The Apple Powerbeats Pro wireless earbuds were leaked in Glacier Blue, Cloud Pink, Spring Yellow, and Lava Red. The images suggest that the company’s ready to embrace optimism and a future full of vibrant tones and a sustained dedication to the Beats brand and logo.

Apple’s Powerbeats Pro roll with the same H1 chip as equipped the Apple AirPods second-gen. That means they’re ready to roll with voice-activated natural voice assistance with Siri with onboard microphone tech. These earbuds connect with iPhone, Apple Watch, and most other Bluetooth-equipped smartphones too.

The first iteration of these earbuds came in darker tones. You’d have had to pick them up in Black, Ivory, Moss (green), or Navy (blue) if you’d purchased them in the past. The Powerbeats Pro were leaked in tones this week that make it clear that Apple’s ready for summer. 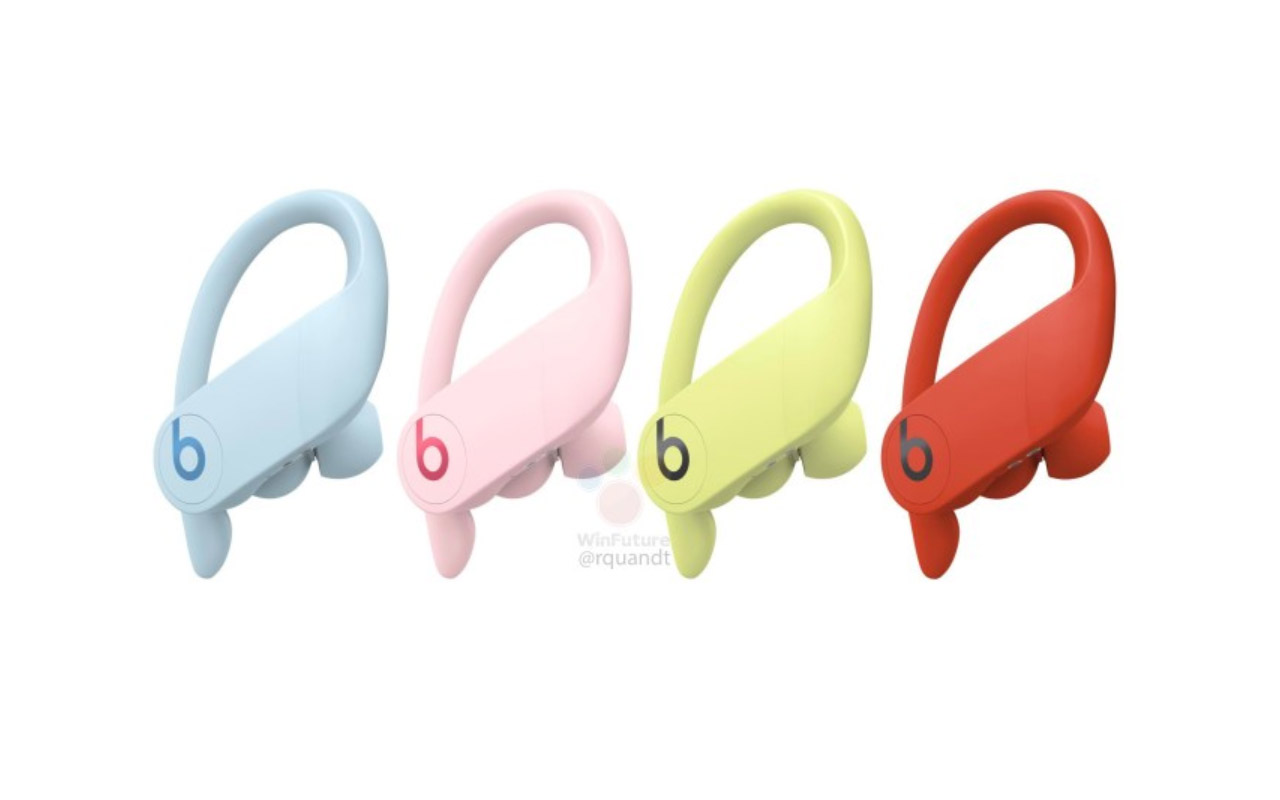 The Powerbeats Pro earbuds you see here will cost users approximately $250 USD, just like their predecessors. It’s unlikely that much has changed inside the earbuds compared to the originals. These earbuds will likely be released in early June, 2020. That’ll pave the way for the iPhone 12 collection with no earbuds in the box for the first time in a long time.

It’s been suggested this week that the iPhone 12 collection will be released this year without earbuds included in the box. This would not necessarily be done in order to bolster sales of AirPods from Apple, but that might well be the result. Apple won’t be caught without stock of any and all wireless earbuds to which they hold licence by the time they’ve released the iPhone 12 and iPhone 12 Pro, of that you can be sure.