Apple Podcasts Subscriptions has gone live, offering listeners a way to subscribe to either individual shows or groups of shows, to avoid ads and potentially grab other perks. The service had been intended to launch in May, but Apple pushed it back at the last moment.

Subscribing, as you’d expect, is as straightforward to do as purchasing music through iTunes Store is. Bought subscriptions automatically get a Subscriber Edition label, to flag which you have premium experience access to.

They’re also followed automatically, so that you’ll get notifications when new content is available. As more subscriptions are added, the Listen Now tab will expand to reflect that. Launch titles include “The Handoff” with CNN’s Don Lemon and Chris Cuomo, “The Midnight Miracle” with Talib Kweli, Yasiin Bey, and Dave Chappelle, and “Revisionist History” with Malcolm Gladwell. 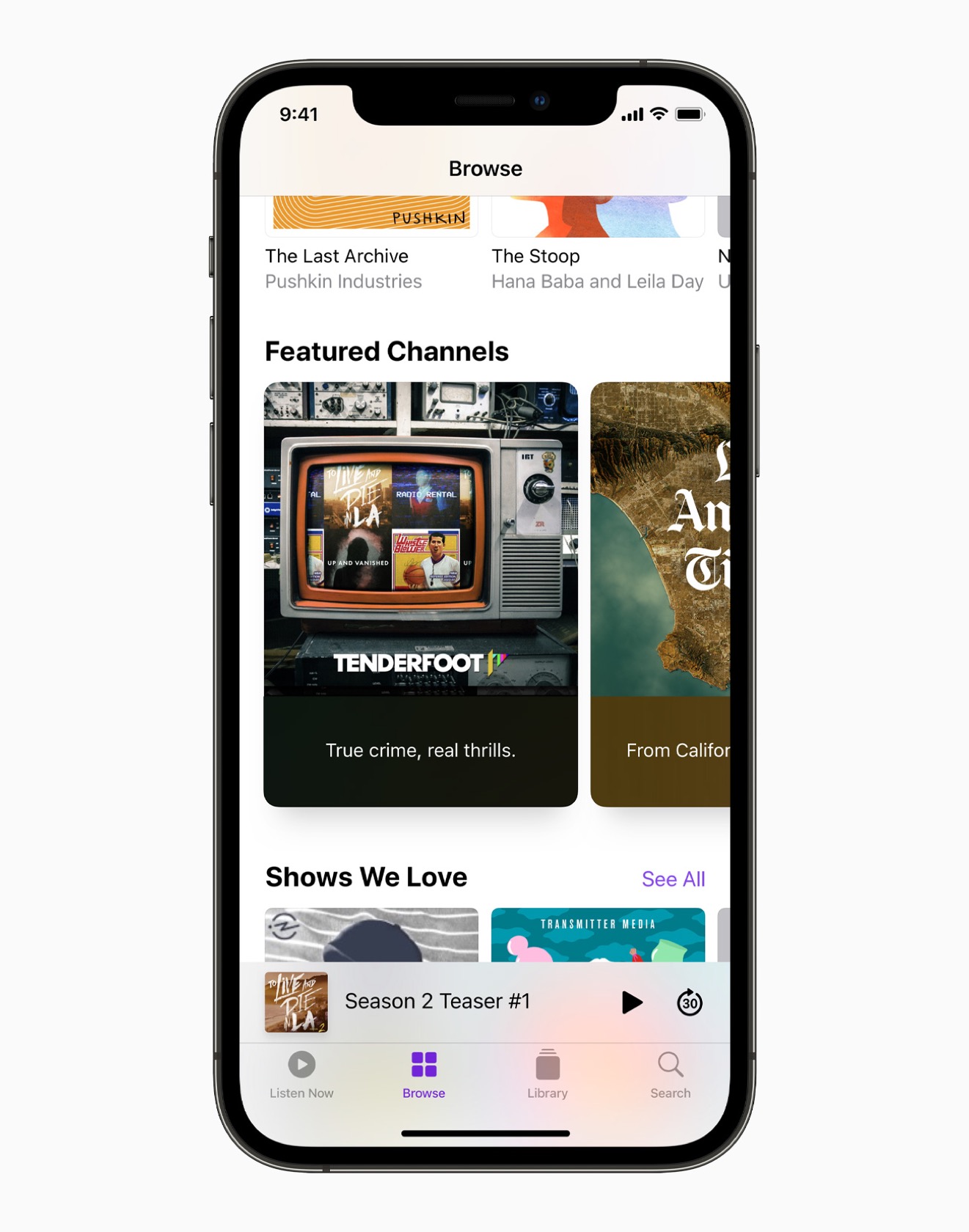 Channel subscriptions, meanwhile, allow for a group of content to be bundled together. For example, Lemonada Media will have a channel for content from its women-run network, while Pushkin Industries will have a channel featuring content from Jill Lepore, Dr. Maya Shankar, and Michael Lewis. If you have two or more channels that you subscribe to, a My Channels row will be added to the Listen Now tab, to reveal all of the content included in that.

Other launch partners include NPR, The Washington Post, the Los Angeles Times, and The Athletic. There’ll also be a wide range of global content – including Brazil’s Abrace Podcasts, Germany’s Der Spiegel, and Japan’s J-WAVE – with Apple Podcasts Subscriptions and channels available in 170+ countries and regions, Apple says.

Pricing for each subscription will vary: as with software in the App Store, it’ll be down to individual creators and channels to decide what to charge. It’ll begin at $0.49 per month, and you’ll be able to choose between monthly and annual billing – if offered – within the Apple ID Account Settings in the Apple Podcasts app. Purchases can be made with Apple Gift Card, too, and if you’re an Apple Card subscriber you’ll get 3-percent Daily Cash with each Apple Podcasts Subscription.

Family Sharing, meanwhile, allows for sharing of a subscription across six family members. Everyone will need an Apple device running iOS 14.6, iPadOS 14.6, or macOS 11.4 or later.