Apple could be close to buying a virtual reality company focused on streaming immersive sports, music, and entertainment experiences, as the Cupertino firm readies its big tech and content push for VR and AR. Though Apple currently doesn’t have a virtual reality hardware product of its own, platforms like ARKit and recent devices like the LIDAR camera on the new iPad Pro have made it clear that the augmented reality is high on its agenda.

Indeed, long-standing rumors suggest that Apple is busy working on AR smart glasses. Though not yet ready for primetime, the digital eyewear is expected to run a version of iOS and deliver multimedia and apps directly to the wearer’s line of sight.

Apple has been encouraging developers to create AR apps using ARKit for some time now. In the background, however, the company is also snapping up AR and VR focused talent. That’s now believed to include NextVR.

The California-based virtual reality company is the target of a roughly $100 million acquisition, 9to5Mac‘s sources claim. Apple is said to have built a shell company in order to transition over NextVR engineers. Although being discussed internally, it’s suggested, no public announcement has been made.

Founded in 2009, NextVR uses special camera rigs to capture and then transmit live content in virtual reality. The company has partnered with sports events, concerts, and other performances to make them available on devices like Oculus Go and Oculus Rift, HTC VIVE, and more. That’s included content from the NBA, NHL, WWE, FOX Sports, and Live Nation, among others. 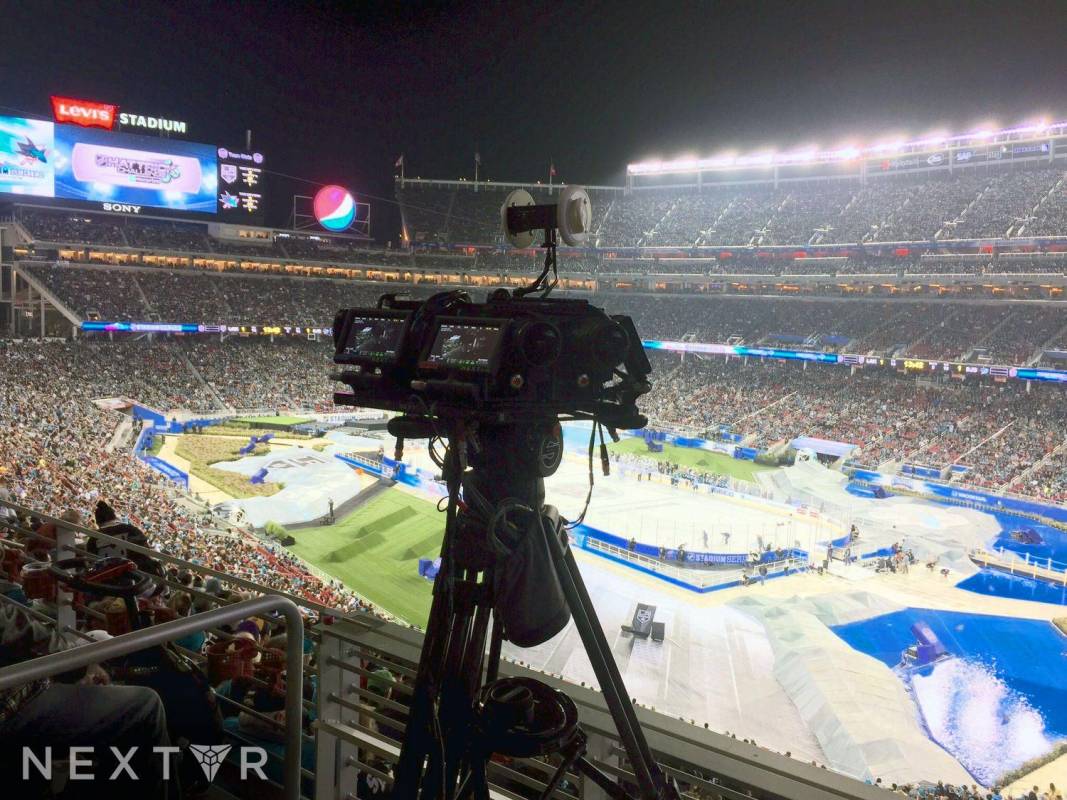 Part of the challenge there is delivering a full, 360-degree experience that’s also practical within the limits of current connection speeds. Back in 2015, NextVR was talking about full 360, 3D VR requiring only the bandwidth of a typical HD program. As a result, it was possible to stream over home broadband and cellular networks.

5G will unlock much faster data speeds and VR/AR content are widely believed to be among the primary beneficiaries of that technology. Nonetheless, NextVR has a number of patents around streaming, compression, capture, and other VR-focused multimedia systems, including VR upscaling. That may well have been the primary lure for Apple.

While NextVR hasn’t been slow to ink deals with different companies to stream their content, that hasn’t translated to complete success. Attempts to close a Series C funding round at the start of last year fell flat, and NextVR was forced to shed staff as a result.