Apple is adding a 2018 Midterm Elections section to Apple News, promising curated updates and exclusive highlights about the upcoming US elections. The news app will get a brand new segment and a banner highlighting it in the For You tab, the Top Stories tab, and the Spotlight tab.

Apple News was added to iOS in late 2015 as part of iOS 9, a way for the company to get in on the news aggregation market. It pulls together content from top sources as well as recommending articles and features based on the user’s reading habits. At WWDC 2018 earlier this year, Apple confirmed that Apple News would be coming to macOS as part of the upcoming 10.14 update, along with adding subscription support.

Today’s announcement about midterm election news is another example of Apple pushing its aggregator to the fore. “Today more than ever people want information from reliable sources, especially when it comes to making voting decisions,” Lauren Kern, editor-in-chief of Apple News, said of the update. “An election is not just a contest; it should raise conversations and spark national discourse.”

“By presenting quality news from trustworthy sources and curating a diverse range of opinions, Apple News aims to be a responsible steward of those conversations and help readers understand the candidates and the issues.” 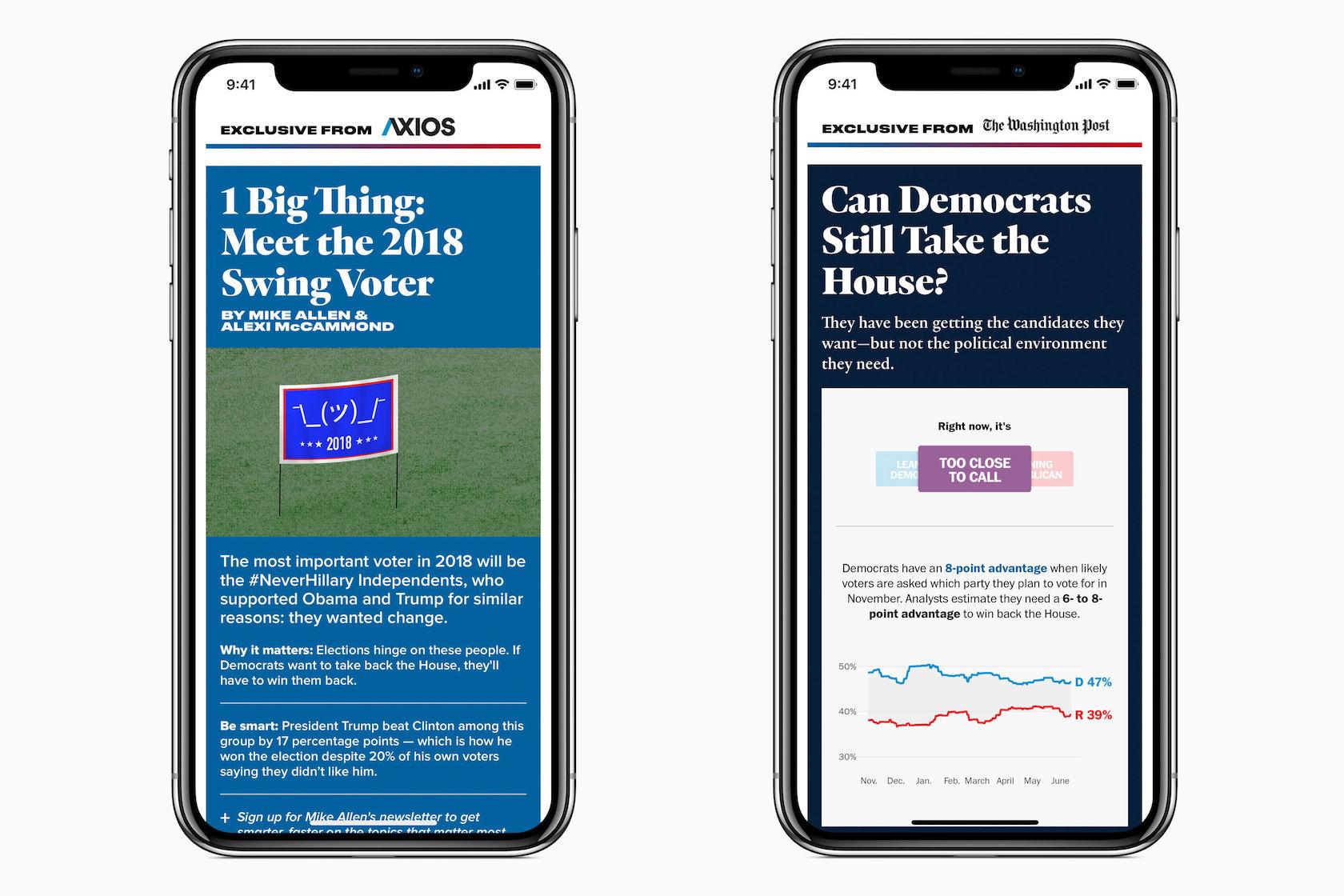 As part of the new election tab, there’ll be several special features. “The Conversation,” Apple says, will be a set of opinion columns “about hot-button issues” from a variety of sources. “On the Ground,” meanwhile, will focus on more local reporting, highlighting articles that examine issues particularly topical to the reader’s location.

It’s likely to bring back to the fore questions about the power of curated news in the process. One of the key criticisms leveled retroactively about the 2016 US Presidential election was how news was weaponized, with targeted stories – either false, exaggerated, or organized by players with a mind to misleading or swaying the electorate – used to manipulate voters. That, combined with a growing divide between Republicans and Democrats and a similar mistrust of news sources perceived as partisan, has led to very different accounts of the same situation.

That’ll be all the more important, given how much rests on the upcoming Midterms. As the first significant voting opportunity following the 2016 Presidential race, it’s widely seen as an opportunity for the Democrats to take a greater foothold in the currently Republican-held three branches of government. On the opposite side, it’s also being viewed as a thermometer to take the temperature of voters after a year of President Trump’s government.

Apple hasn’t given a full list of the sources it will aggregate from, though both Vox and Fox News – generally considered heavily weighed to the left and to the right, respectively – are name-checked. It will also have the Washington Post’s “Election Now” section, with data-led analysis, along with Axios’ weekly briefing and Politico’s “Races to Watch” for a breakdown of the more hotly-contested areas.

Only Apple News users in the US will see the 2018 Midterm Elections section. Apple says it’ll be available through to the elections themselves, which will be held in November.