If you’re not already sick and tired of hearing arguments about Apple’s iPhone 7 headphone jack decision, don’t worry: give it a few days and you’ll be ready to strangle yourself with your outmoded 3.5mm cable. Whether or not I agree the decision to ditch the legacy – but apparently beloved – port was as “courageous” as Apple’s Phil Schiller argued on stage this week, there’s one thing I’m pretty certain of, though: Apple will not reverse course.

The headphone jack is a goner, and that’s a decision which is only going to spread through the rest of its line-up. 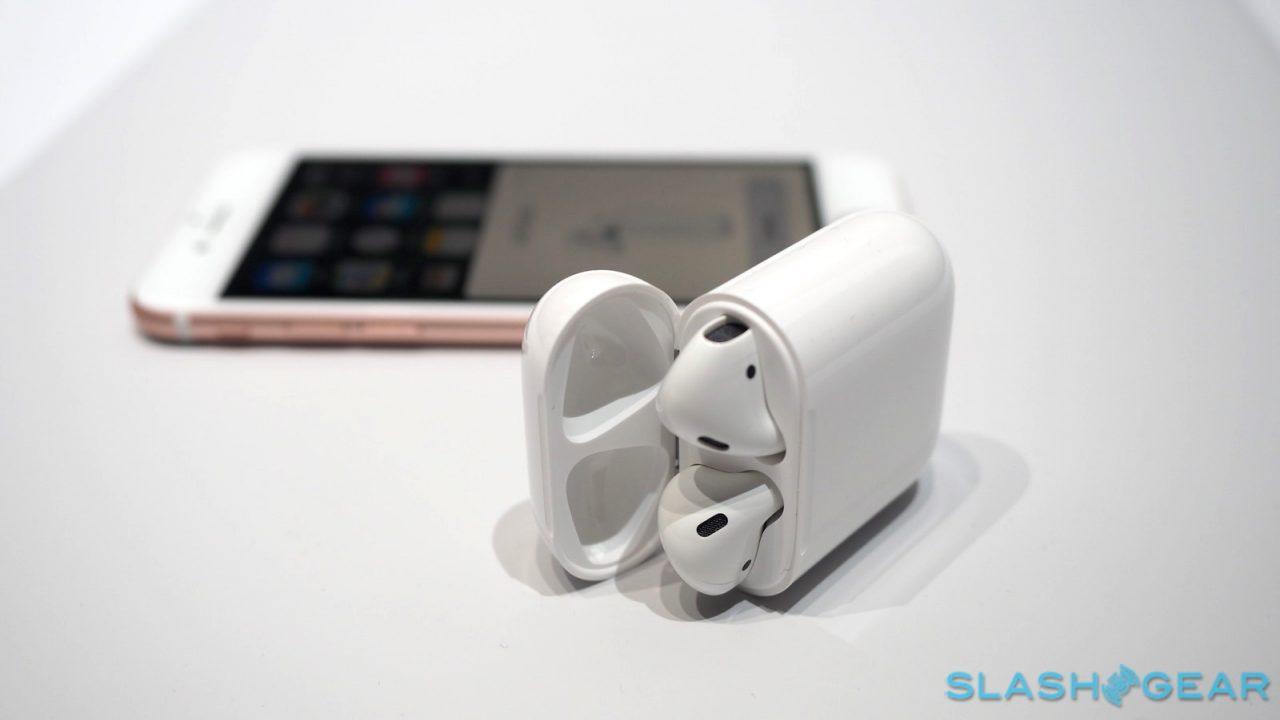 Is that a bad thing? If you’re a company which makes regular 3.5mm headphones and hasn’t yet embraced the Lightning connector and the ensuing licensing fees Apple demands, the answer is probably yes. Sure, there’ll be an adapter in the box, but consumers love simplicity, and remembering a dongle is at odds with that.

So, if bowing to vocal criticism and abashedly resurrecting the headphone jack isn’t on the cards for Apple, what is?

My short-term hope is that Apple takes the AirPod idea and fleshes out the design. As I wrote in my hands-on with the wireless earbuds yesterday, my experience with EarPods hasn’t been great: they just don’t like to stay in my ears. That’s frustrating enough when I’m sitting at my desk or on a plane – they just feel precarious, which is distracting – but the rate at which they fall out while walking, never mind if I’m exercising, is significant. 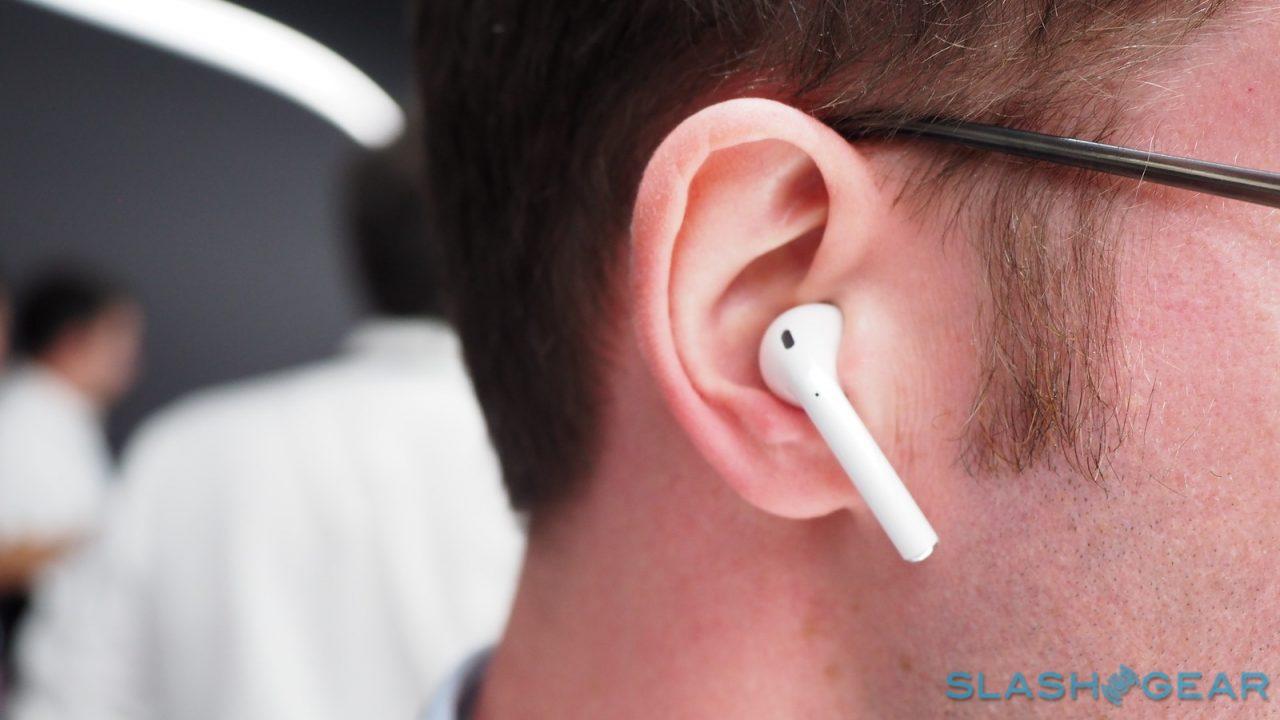 Though I accept that I might have an atypically-shaped head (don’t worry, I’ve been told worse), the number of people on Twitter and Facebook who have echoed the same issues suggests I’m not alone in my misshapenness, at least by Apple’s standards.

The judicious application of some rubber tips would definitely help, and indeed not be entirely unfamiliar to Apple. After all, the In-Ear Headphones it has quietly been selling for years have buds of that sort, and a few different styles – I’ve had some success with the type that look like ridged cones – might reduce fear-of-loss among not only people with uncooperative ears like mine, but everyone else, too. 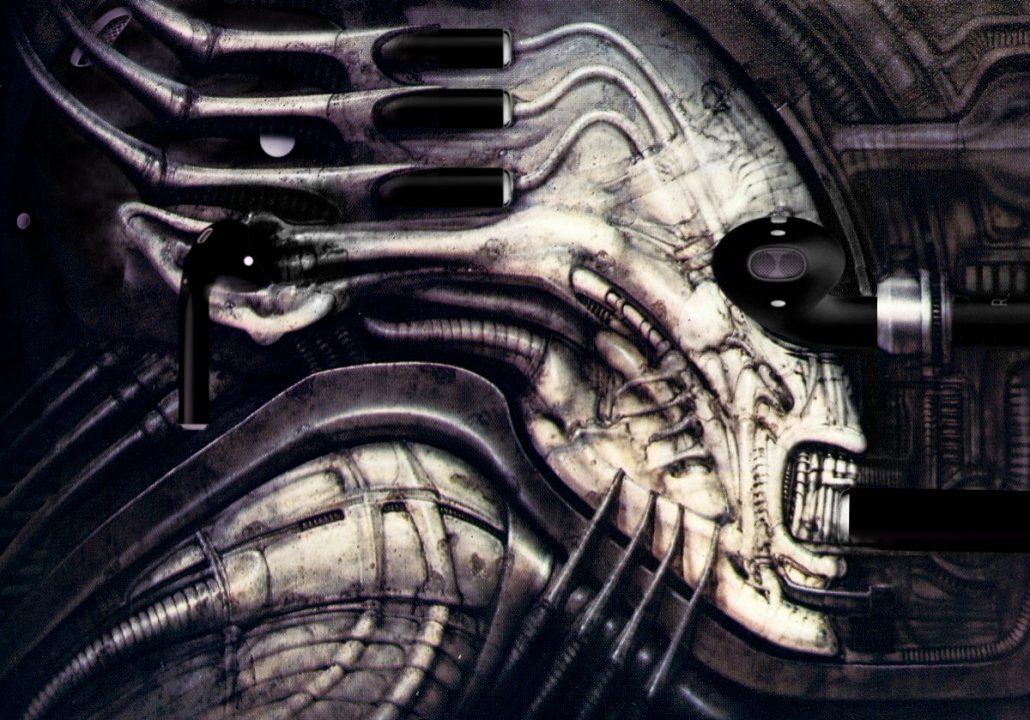 I also suspect a black set of AirPods would make some of the more vocal design critics happier. I asked my able colleague Chris Burns to Photoshop me a couple of possibilities, and though not everyone might want the H.R. Giger edition, they’ll definitely be more discrete than the white. 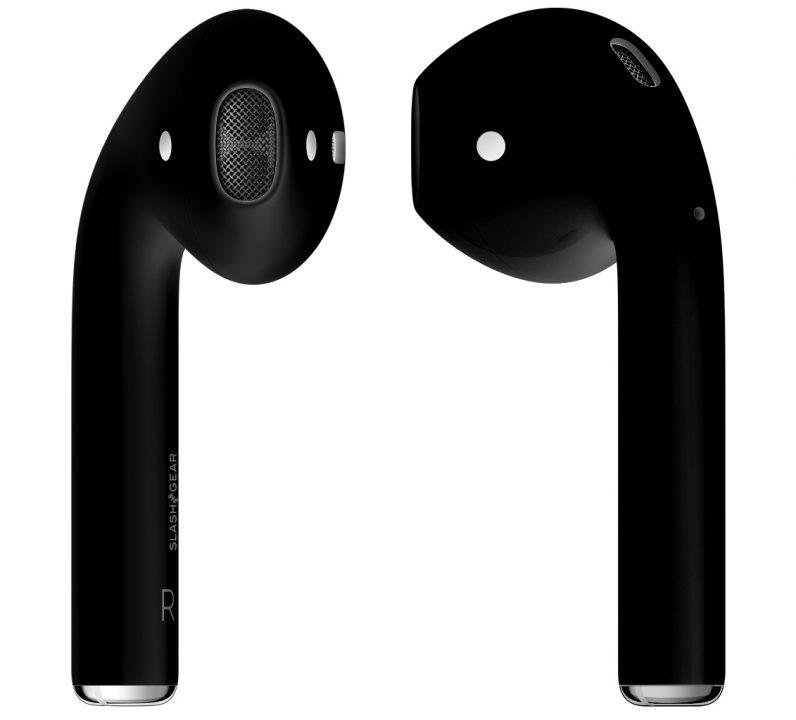 Honestly, though, I’m even more intrigued by where the core technology AirPods rely on, and the new Apple W1 chip that powers that technology, develops.

Custom silicon has allowed Apple to do some clever things with its Bluetooth implementation, not least streamline the pairing process. Even in the crowded demo hall – with dozens, if not hundreds of Bluetooth devices active – the AirPods I saw yesterday seemed to have no problem being discovered and connecting to the iPhone 7 handsets nearby.

That could make a big difference in other places where pairing a phone can be a fussy nightmare, not least in the automotive space, where Apple has been picking at the edges of the big names with CarPlay. 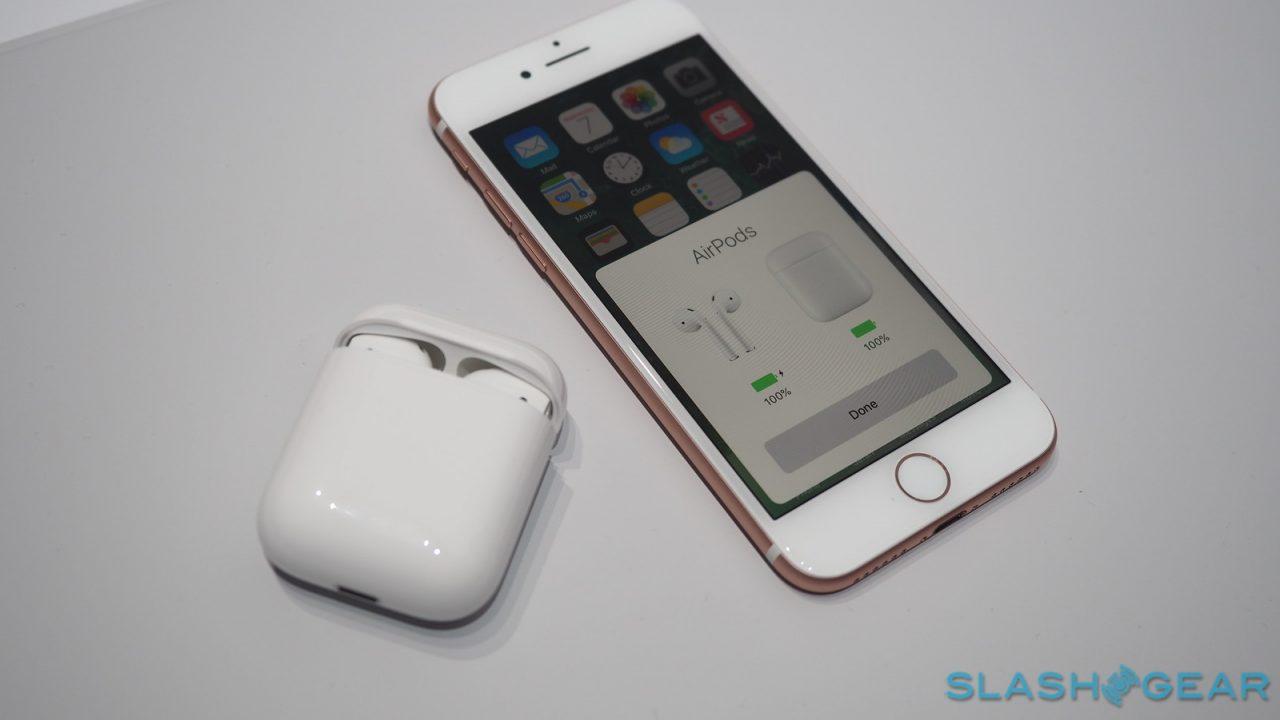 On the one hand, I could see a W1-equipped wireless dongle being of interest to many with a 3.5mm input jack in their car stereo, though I suspect Apple has more integrated ambitions for the future.

My experience of pairing phones with car infotainment systems is exaggerated compared to many, as someone who reviews them, but with the rise of car sharing schemes, not to mention one car being shared by multiple members of the same household, it’s hardly atypical to find yourself regularly using more than one vehicle.

What that experience has shown me is that the whole process of pairing phones by Bluetooth is wretched. First you have to find the right menu in the car’s system and start it searching; hope it shows up on your phone’s list of new devices or that, conversely, your phone is discovered by the car; then hit pair on one or both displays, maybe punch in a PIN code or maybe not. 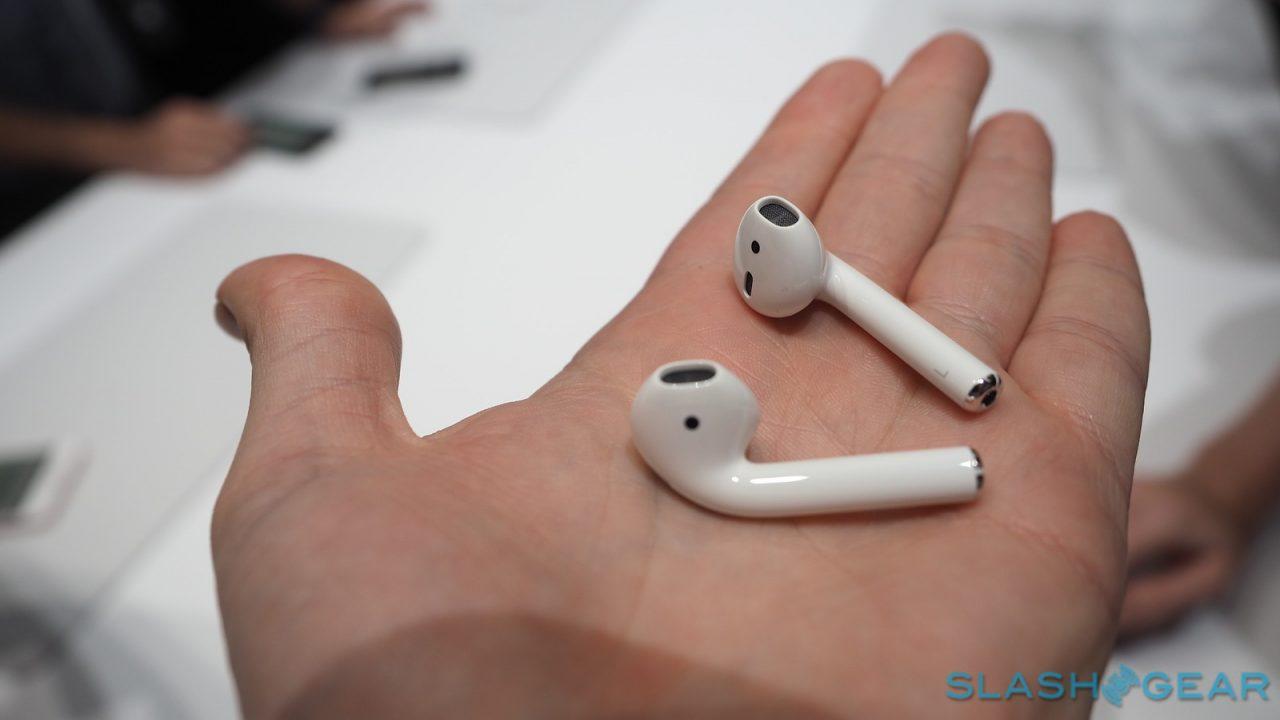 Some vehicles treat hands-free and media devices separately: if you pair one, you haven’t necessarily paired the other. Many, in the sensible but frustrating name of safety, won’t let you go through the process if the car is in motion: instead you sit, fingertip poised, hoping that the laggardly Bluetooth hunt comes up with results before the lights change.

Sometimes, even though you’ve hit the button before you pull away, the car still decides you’re being too risky and you have to start the process all over again.

It’s a chore that’s ripe for disruption, to use the tech industry’s favorite word,

Just as Apple offers speaker manufacturers an AirPlay chipset, there’s no reason why it couldn’t offer automakers a W1 Bluetooth chipset. That could massively streamline the pairing process, in addition to delivering higher quality audio. 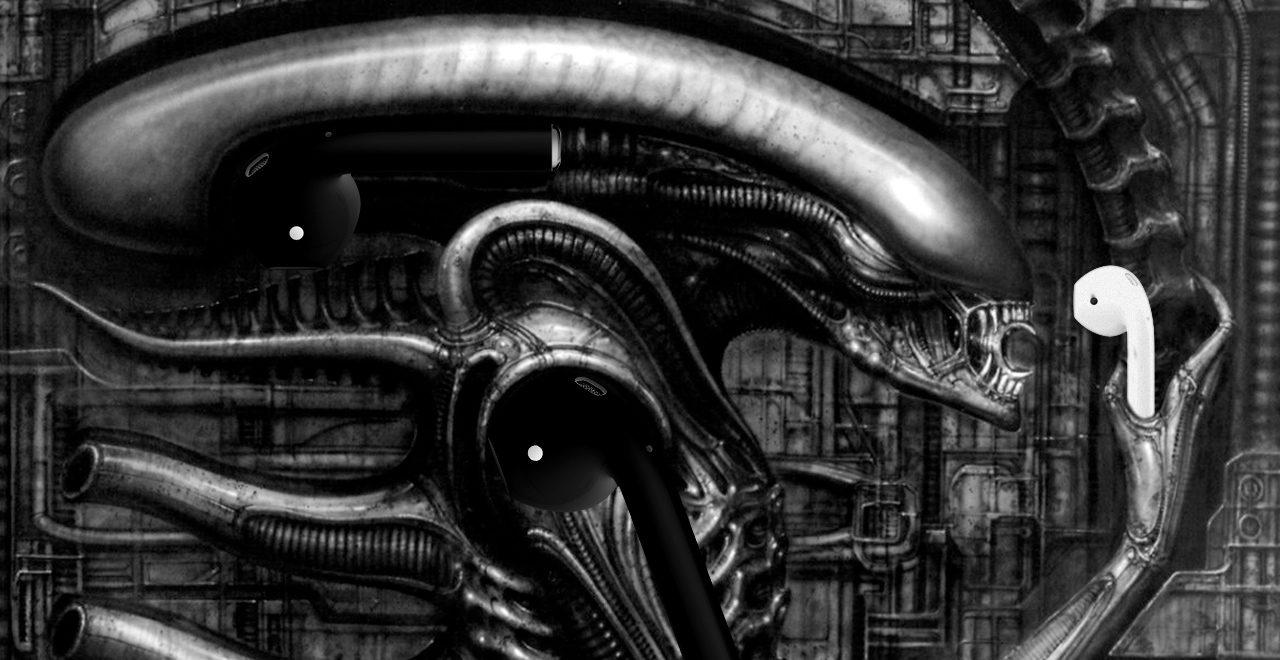 Using Bluetooth as a gateway to a WiFi connection, meanwhile – much in the way that AirDrop does – could open the door to faster, more straightforward wireless links for CarPlay and future infotainment embeds.

CarPlay without the cable was first supported in iOS 9, though it’s hard to find a vehicle or an aftermarket head-unit which is compatible; by expanding the W1 to the dashboard, the whole process could be as simple as plugging in a Lightning cable but with the flexibility of avoiding the cord.

It needn’t stop at cars, either. The Apple W1 could be the simple key to smart home convenience, making HomeKit more straightforward to install and use.

For the moment, I suspect I may have to sit out the AirPods convenience. In reality, though, I see the earbuds as more of an easily-understood framing for the underlying technology. If Apple pushes that as I suspect it intends to, we could be saying goodbye to more than just the headphone jack in short order.