Bye bye batteries. Apple‘s trio of peripherals – the Magic Keyboard, Magic Mouse 2, and Magic Trackpad 2 – have had a revamp, borrowing convenience tech from the iPhone. Most noticeable is the move away from user-replaceable batteries, with the three devices all getting li-ion packs just as you’d find squeezed into the narrow frame of the iPhone 6s. That’s not the only change, mind, though the extent to which your fingers will be happy will depend on how well you got on with the old designs.

A rechargeable battery means no more need to accommodate AA batteries, and so the new Magic Keyboard gets an all-new profile. It’s now a solid, wedge-shaped block, with a 13-percent smaller footprint even though the keys themselves are still full-sized, and you now get a full-sized function row. 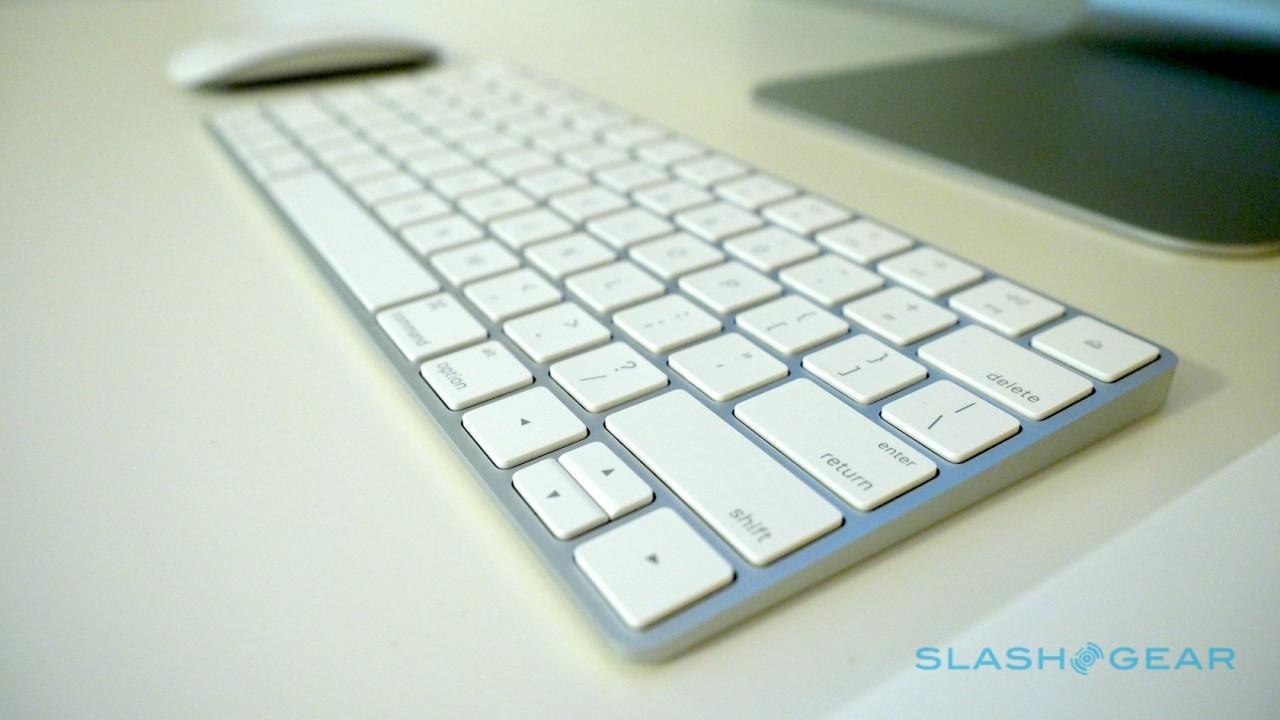 Pairing is seamless. You can either link your Mac with your keyboard via the usual Bluetooth menu in the OS X System Preferences, or you can plug the included Lightning cable in and have that connection established automatically. In fact, it’s almost too invisible; I waited for a beep or menu that the two had linked, but they just started working.

The keyboard – like the other peripherals – will remember the last Mac it was paired with. That means, if you want to use it with another, say to switch over from your iMac to your MacBook, then it’s a case of going through the above process again. I’d really like to see a hot-switch button or keypress-combo to flip between two or more saved connections, as Logitech and other peripheral manufacturers offer.

The keys themselves get a new mechanism, though it’s not the Butterfly Hinge of the latest MacBook. Instead, Apple redesigned the existing hinge, claiming it to be 33-percent more stable. Sure enough, the keys do have less wobble if your fingers hit the edges rather than strike dead-center, though if you’re an existing Apple Keyboard user then the much-reduced travel – down to 1mm versus the 2.1mm of the old design – might give your fingers a shock at first. 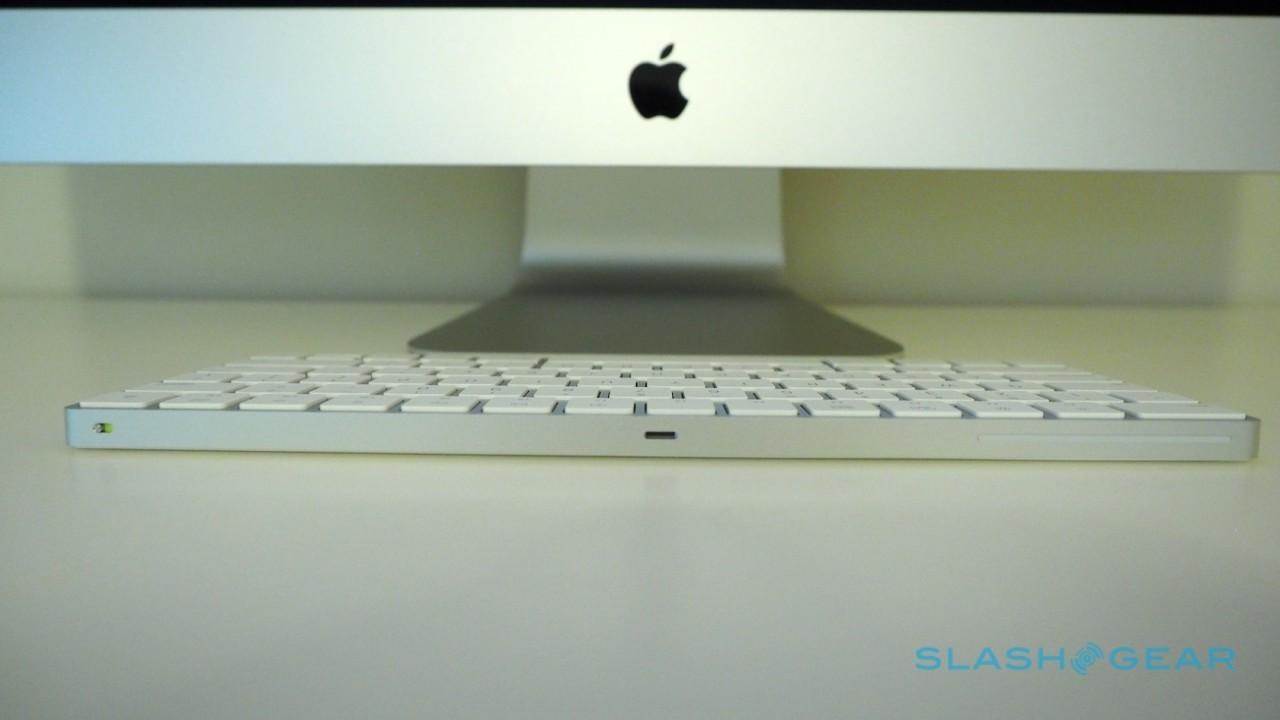 That, and the reduced angle – 3-degrees instead of 6 – meant there was some getting used to the new model. Side by side with the old keyboard, it’s clear that the buttons are more stable than before, though I’d not argue with a little more travel. I’m also a fan of the larger keycaps the 2015 MacBook has, though I recognize that’s very much a matter of individual taste. Backlighting is something other wireless keyboards offer, and indeed Apple’s notebook keyboards, but is still absence from this desktop model.

Incidentally, if you still want a numeric keypad – accountants, I’m looking at you – and you insist on something official, your options begin and end with Apple’s Keyboard with Numeric Keypad, for $49.

Glance at 2015’s Magic Mouse 2, and you’d be forgiven for not seeing any change at all. Apple has kept the outside pretty much identical to its predecessor – it’s only when you flip it onto its back that you notice the absence of a battery door. 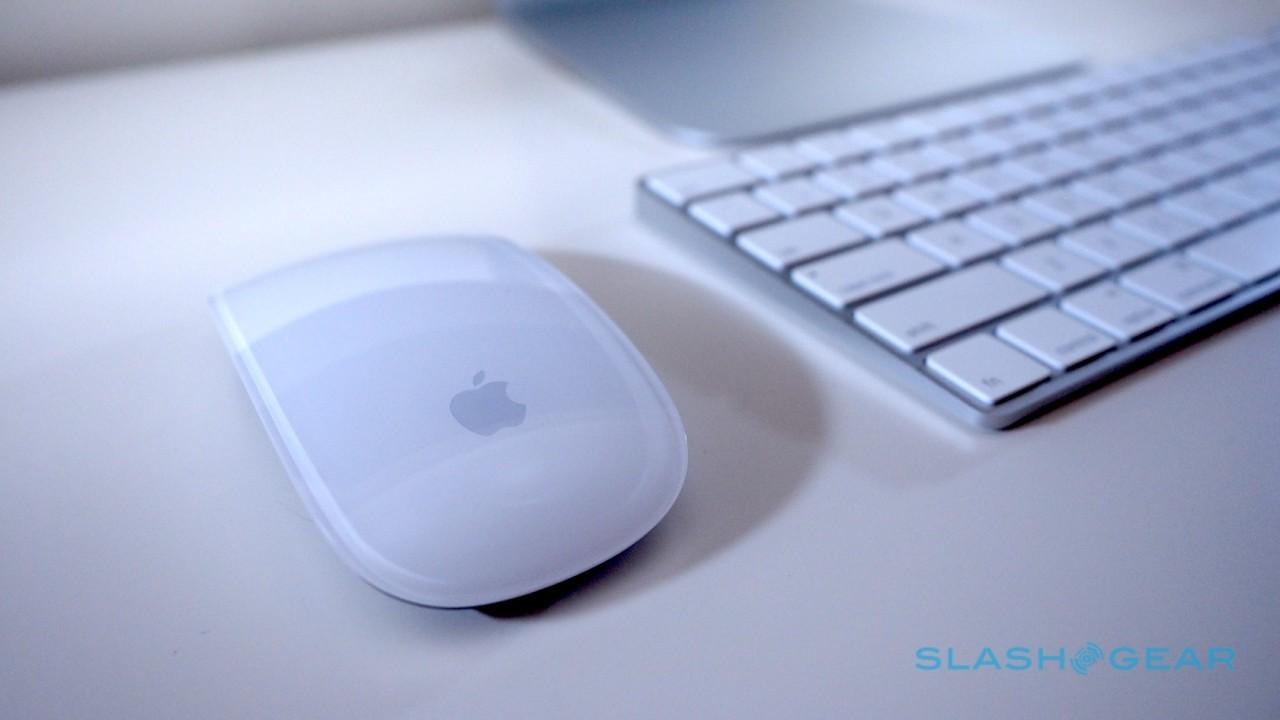 That means the plastic top surface is still capable of recognizing swipes and gestures, and it also means that if you were ergonomically satisfied with the old version then the new shouldn’t be too much of a challenge.

Much has been said of the new Magic Mouse 2’s Lightning port, and its odd position underneath. It’s certainly not the most obvious place Apple could’ve put it: on the leading edge, so that you could both use and charge the mouse simultaneously seems like the natural choice. 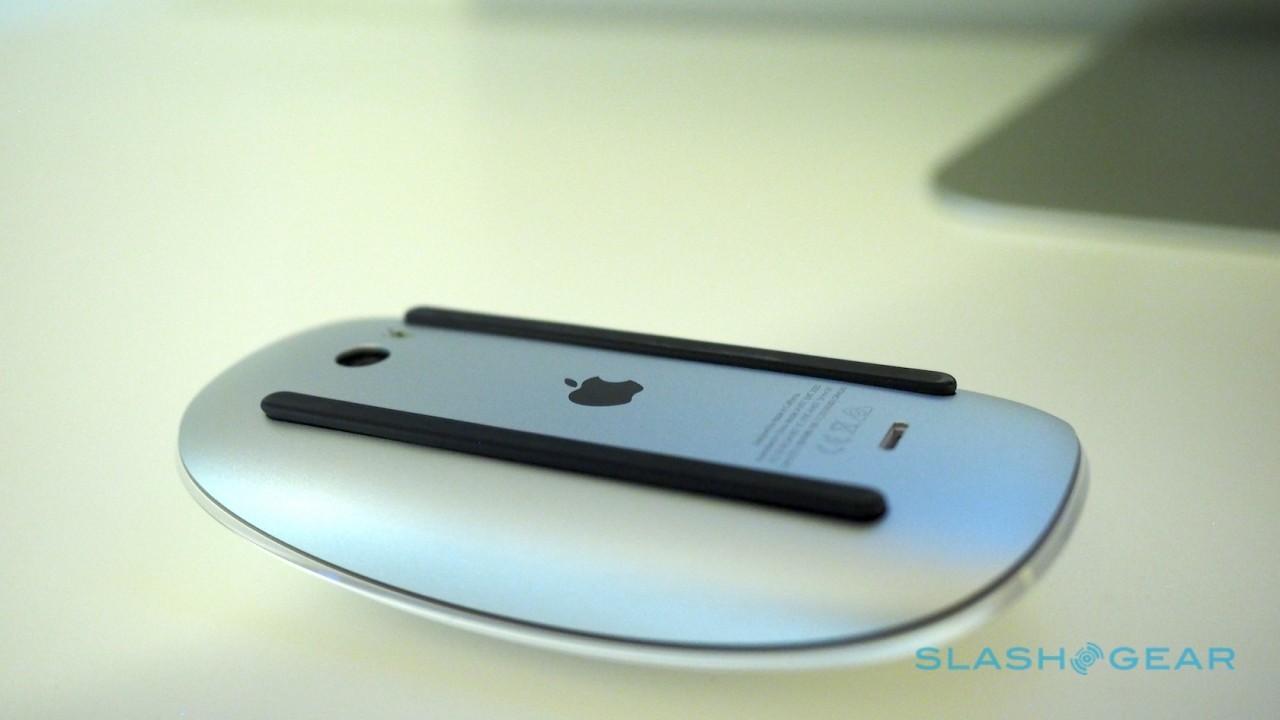 I’m not really too bothered with it, mind. For a start, you won’t need to connect it all that often: with daily use, Apple says you’ll run for more than a month before a recharge is required, something that takes around two hours. Should you be caught short, two minutes plugged in is good for nine hours of use.

Personally, it takes me longer than two minutes to go find where I put the AA batteries, never mind then swap out the expired set for a new pair.

I made the switch from a mouse to the Magic Trackpad some years ago, so the new model has plenty to live up to. Where the new Magic Mouse doesn’t look, at first glance, any different to its predecessor, the new trackpad is clearly redesigned. 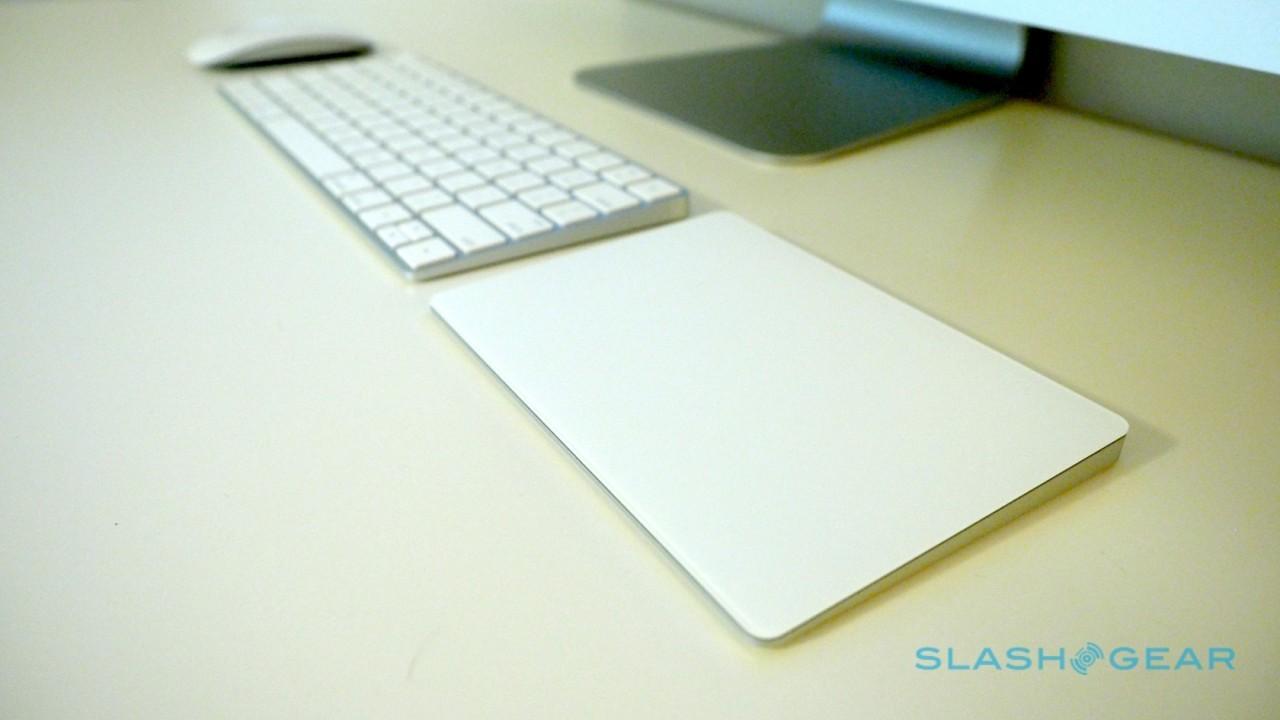 The top surface is 29-percent larger now, bigger than on any MacBook as well as that of the old Magic Trackpad, and it’s at a shallower, 3-degree angle than before, matching the new keyboard. On the back is the same Lightning port, power switch, and plastic slit for the Bluetooth radio antenna as on the keyboard, too; as with that, I wish Apple had done something to enable hot-switching between two pairings.

The original Magic Trackpad has a mechanical click mechanism, but like the latest MacBook Pro, this new model relies on Force Touch instead. The sensation of clicking is generated artificially, though your fingers don’t notice the difference; what you get instead is the same feeling of movement across the full expanse of the multitouch glass surface. 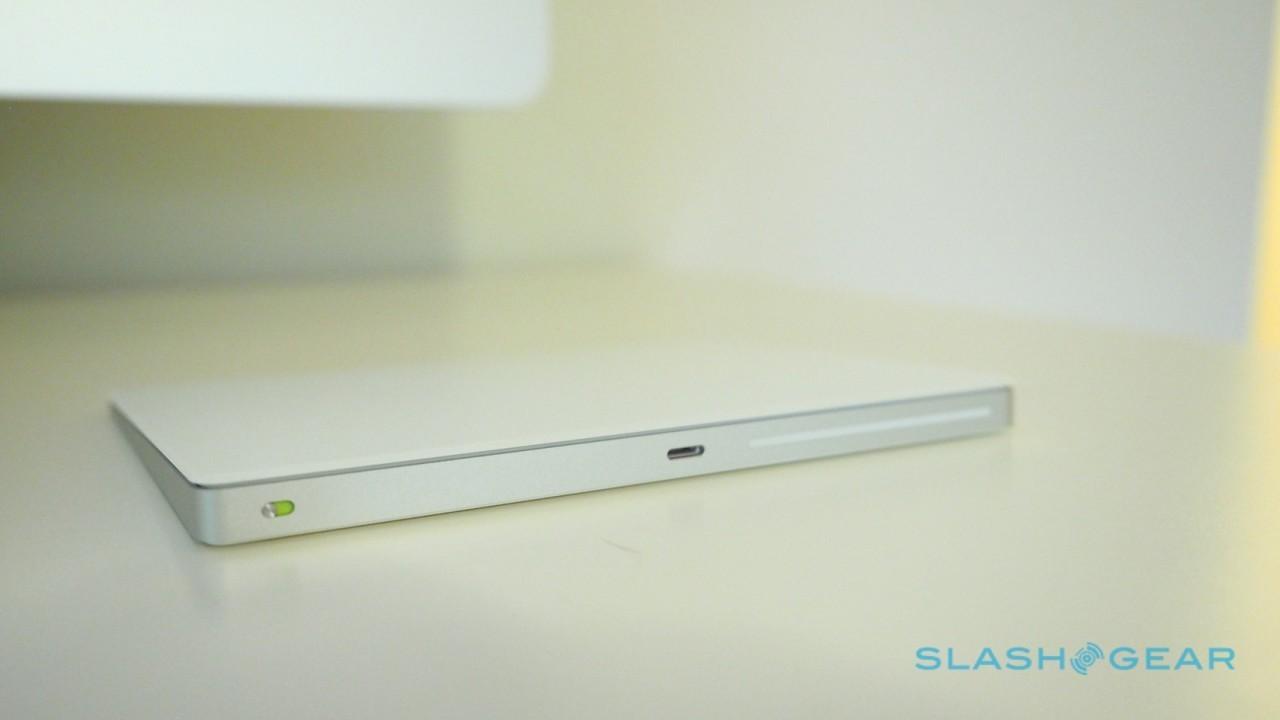 Previously, a click in the lower part of the Magic Trackpad felt “normal” but a click up toward the top had much less travel. That was because of the way the whole thing pivoted around its tubular battery bay, triggering mechanical switches inside. With the new model faking those clicks, it doesn’t matter where you press – up at the top, in the extreme corners, anywhere – the feeling is always the same.

The combination of the new mechanics and the larger surface make the Magic Trackpad 2 a real pleasure to use. Having spent several weeks with it, I’m definitely noticing the difference from the old model: fewer missed or slipped clicks, and less hand movement either because I’d normally have run out of surface to swipe, or to move my fingers lower down the pad for a more reassuring tap.

If you’re a new Mac buyer, your decision is made. Apple is bundling the Magic Keyboard and the Magic Mouse 2 in with all new sales, and if you want to switch to the Magic Trackpad 2 that’s a $50 upgrade. 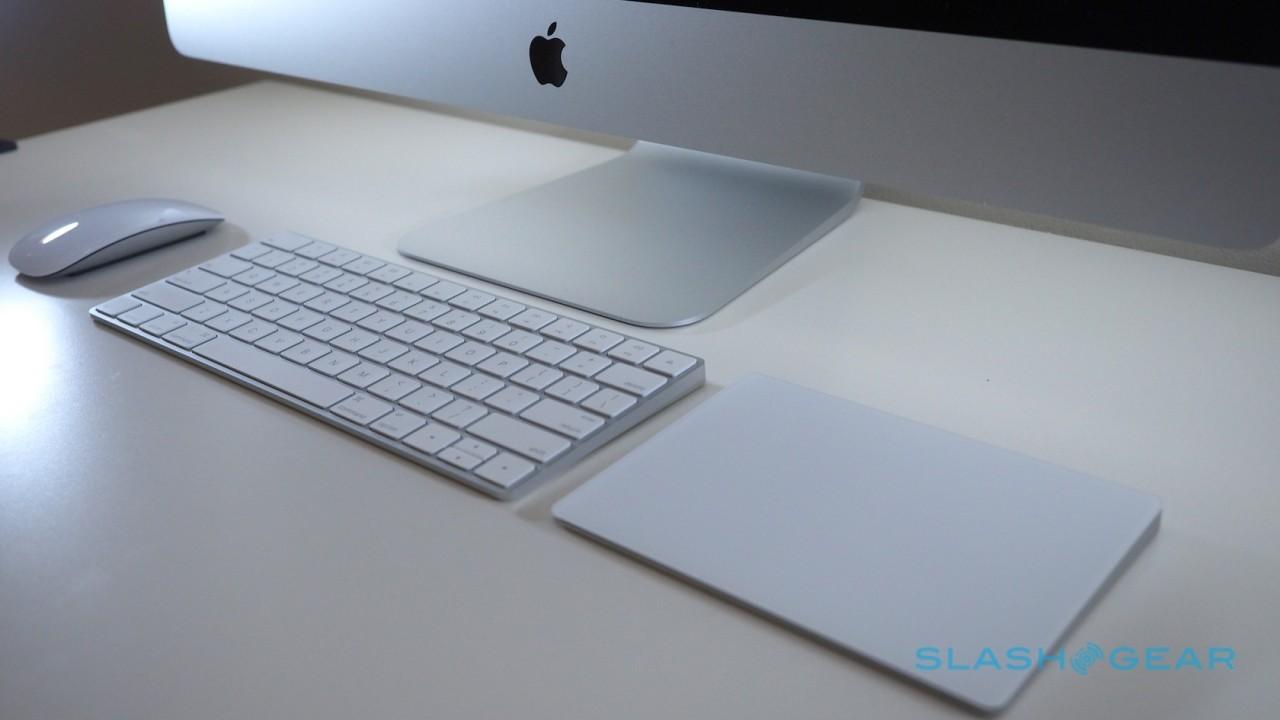 Those who already have the old peripherals and who are considering an upgrade have a tougher choice. All three are more expensive than the keyboard, mouse, and trackpad they replace – which each came in at $69 – and the improvements are in many ways incremental and at best minor. The Magic Mouse 2 has only its fast-charging convenience to differentiate it, while Force Touch on the Magic Trackpad 2 is yet to be compellingly implemented in OS X.

Still, I do prefer the Magic Keyboard’s key feel, though I’d recommend trying it out in-store if you have the chance first; that reduced key travel might surprise you. The broader space of the Magic Trackpad 2 is welcome, and the touch sensitive surface would remain my peripheral of choice over the Magic Mouse 2. Whether that’s worth a couple of hundred dollars to revamp my desktop isn’t so clear-cut; they’re good, but for the moment you’re not missing out if you resist the urge to upgrade. 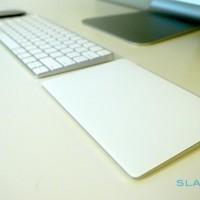 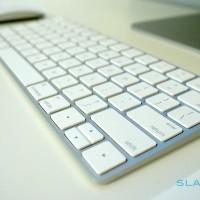 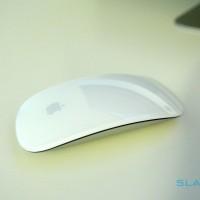 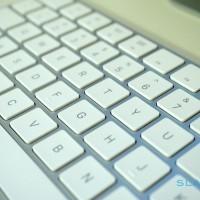 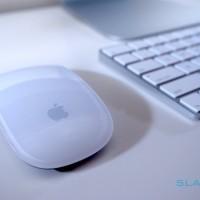 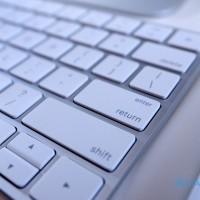 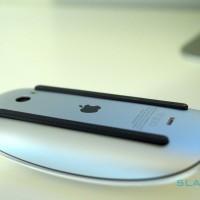 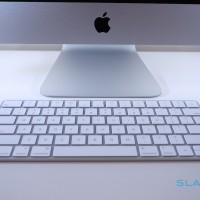 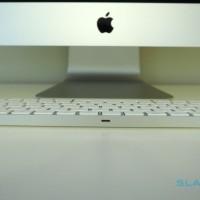 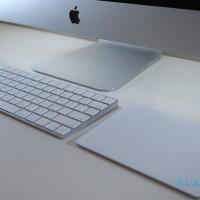 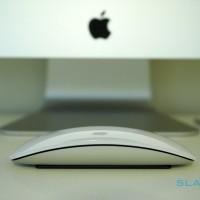 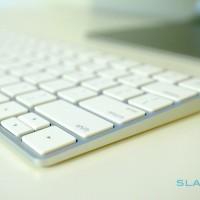 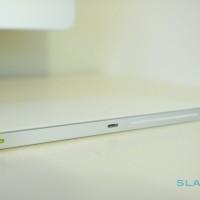 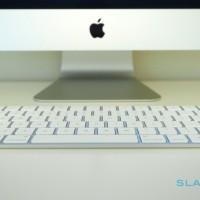