Apple has released macOS Big Sur, the latest iteration of its software for Mac and once which paves the way to a new breed of Apple Silicon models. Announced earlier this year, Big Sur includes support for the first of Apple’s homegrown Mac chipsets, the M1 which will begin shipping in the new MacBook Air, MacBook Pro 13, and Mac mini next week.

The key there will be how Big Sur handles apps designed for both old Mac architecture and new. New titles, Apple hopes, will be Universal, running natively on both M1 and Intel Macs, and taking full advantage of the potential of the Arm-based M1. 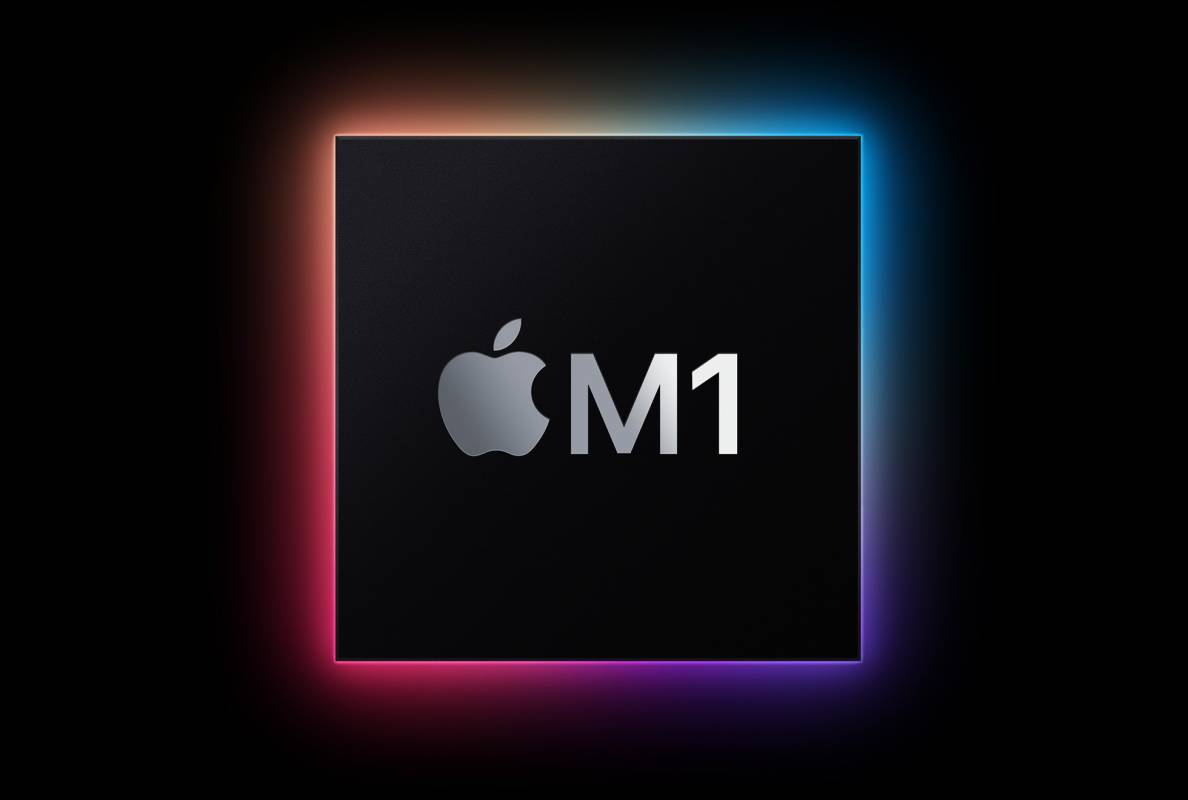 That software yet to be updated with a Universal version, meanwhile, will run using Rosetta 2, Apple’s emulator for M1 Macs. Usually, emulation can mean underwhelming performance, but Apple claims that some graphically-intensive apps can actually do better with Rosetta 2 than they ran natively on an Intel-based Mac. Big Sur on M1 also opens the door to iOS and iPadOS apps running natively on Mac, too. 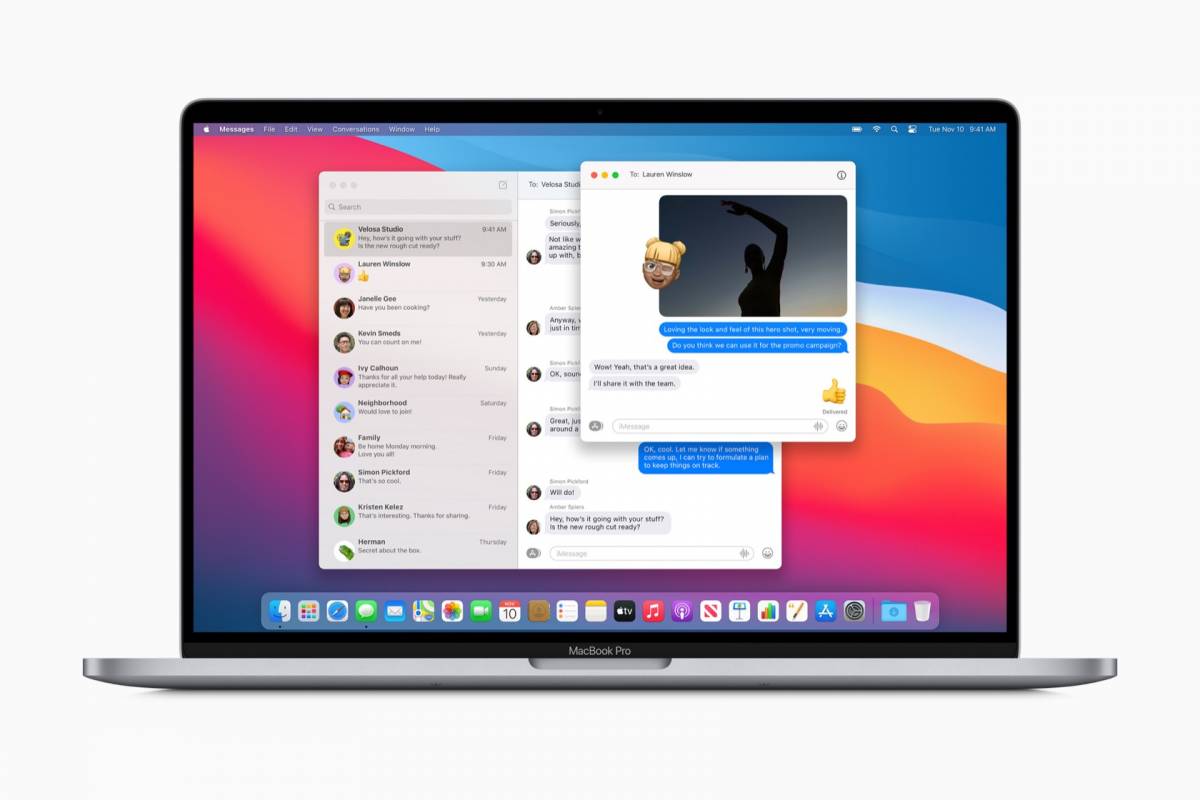 Big Sur isn’t just for M1-based Macs, of course. Most of the changes are shared with Intel-based hardware too, like a new design with updated colors and aesthetics. Buttons and other controls now disappear when they’re not actively being interacted with, keeping the UI clean, and there’s a new Control Center which borrows interface strategies from iPhone and iPad for controlling things like brightness, volume, connectivity, and Do Not Disturb. 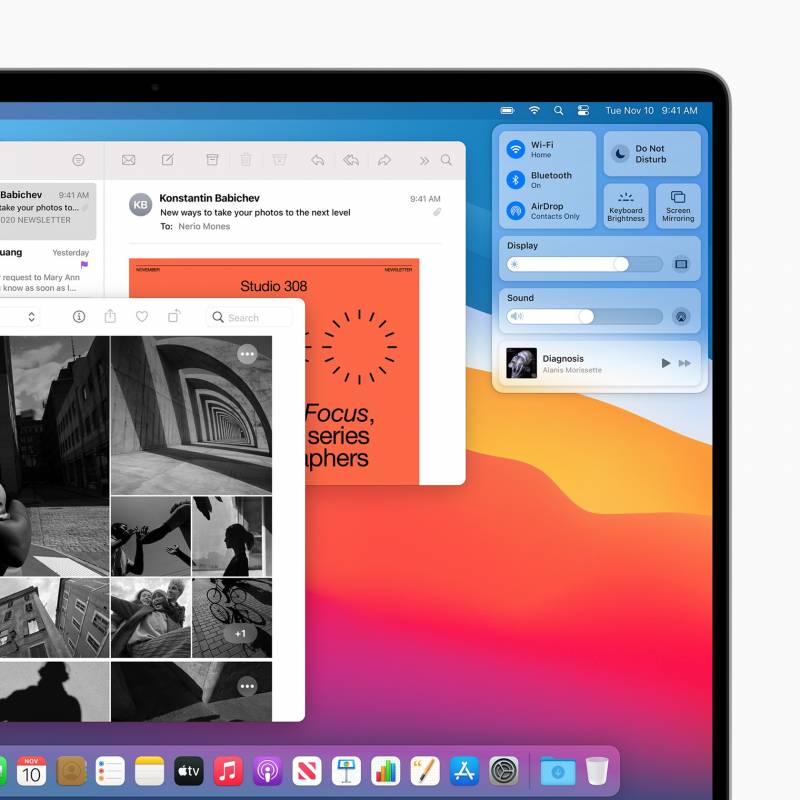 Some of the key Mac apps get a revamp this time around, too. Safari should be now faster – Apple says potentially 50-percent speedier than Chrome in some cases – and now supports 4K HDR streaming from Netflix and YouTube. Tabs have been redesigned, for better navigation, and there’s a new customizable start page. Usability features like auto-translation are baked in as well.

For privacy, there’s now a new Privacy Report feature, and data breach password monitoring. Extensions can be blocked more readily – or allowed to run piecemeal, depending on what you actually want to achieve from a site. 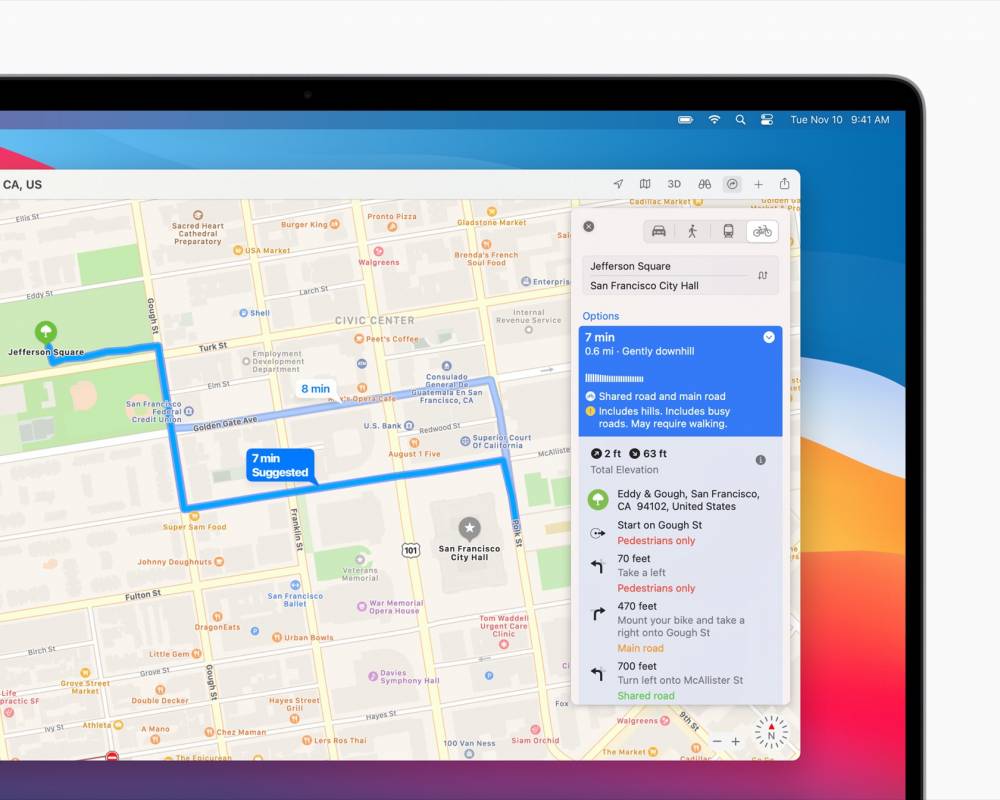 In Messages, there’s now support for pinned conversations, while search – long a topic of frustration – has been improved, Apple says. There’s sprout for Memoji and animated effects now too, plus better group messaging with features like inline replies. Maps now has the new UI familiar from iPhone and iPad, along with Guides and Look Around, while you can also plan out trips for cycling and EV use and then send them to an iPhone.

macOS Big Sur is a free download, available from today. You’ll need one of the following Macs in order to install it: