Have a look at the video above and marvel at the magnificence of both processors and bits of architecture, but see for yourself that the iPhone 4S may well be the winningest smartphone on the market at the moment, at least for browsing, that is. 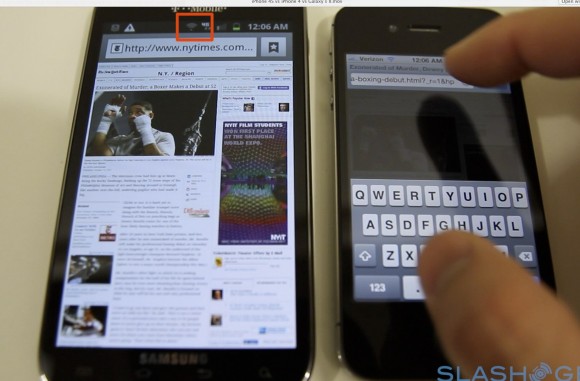 THEN see the updated tests, these with a few modifications made to appease those who would scream foul due to the fact that the Google-powered device is loading Flash content. Here there’s no flash and, just incase you were worried in the first video, you can again rest assured that both devices are running with Wi-fi only.

And that’s Vince conducting the tests, the full review of the devices he’s using can be found by either heading to his: [Vince portal] or straight to the reviews, with the Galaxy S II from T-Mobile coming up soon! [iOS 5 review] and [iPhone 4S review] ahoy!