The demands of smartphone upgraders vary, but one request is generally consistent across the board: more battery life from their new phone. Making handsets that last longer, even under intensive loads such as computational photography and mobile gaming, is a key part of each generation of device. For the upcoming iPhone 12 Pro, though, Apple looks to be taking a fairly obvious step, though not necessarily an easy one.

In previous years, Apple has focused on efficiency and frugality to maximize runtimes. Making sure the recent iterations of its A-Series chipsets are as low in their power demands as they can possibly be – something expected to have a knock-on benefit for the first Apple Silicon Macs, in fact – has been the key to stretching out usability.

For the iPhone 12 Pro expected to be part of Apple’s big smartphone unveil later in the year, though, it seems a bigger battery is on the cards. After sifting through battery certification reports, MySmartPrice claims a new 2,815 mAh pack is being readied for the mid-tier device. That’s larger than previously leaked battery capacities suggested. 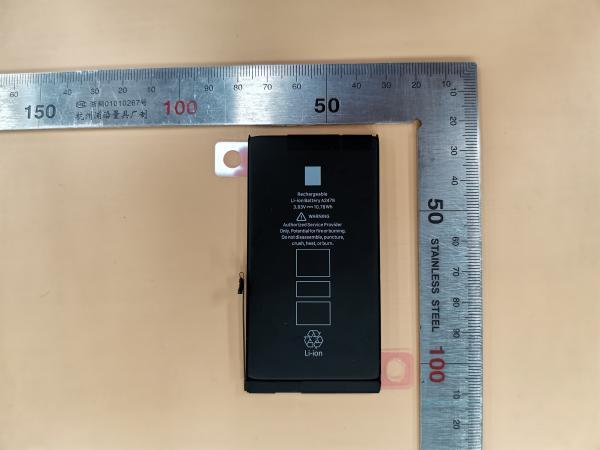 Of course, at this stage there’s no telling just how accurate these reports are. Indeed we’ll probably have to wait until the first post-release teardowns to find out exactly what Apple is fitting into each phone.

The iPhone 12 Max and iPhone 12 Pro would be separated by features, among other things, with the latter predicted to be more expensive as a result. Certification on C3 and Safety Korea indicates a different battery would be used for the Pro version too. All four are believed to use OLED for their screens, unlike the current iPhone line-up which mixes OLED and LCD, together with featuring 5G.

It’s the inclusion of next-generation cellular network support, not to mention things like 3D camera technology borrowed from the latest iPad Pro, that have some concerned that the new iPhone 12 range might be putting excessive demands on their batteries. Notably, MacRumors highlights, if these numbers are correct then all four iPhone 12 models have lower battery capacity than their iPhone 11 series predecessors.

Opting for a bigger battery isn’t easy, mind, especially when you consider that things like 5G modems and antennas, extra camera sensors, and the other updates Apple is believed to be readying all take up their share of space. Apple is said to be making a significant design change for this new generation of iPhone, a nod back to the square-sided aesthetic of the iPhone 4, which could open up a little extra room compared to the curved sides of the current line-up.