Increasing attention on Apple-suing Taiwanese display firm Proview today as the company readies a $2bn lawsuit in the US, with suggestions that Proview facilities are physically crumbling while details of Apple’s £35k iPad trademark buy emerge. Chinese site Caixin dispatched photographers to Proview’s flagship Shenzhen factory, only to find it desolate, barely-staffed and falling apart. Meanwhile, it’s been revealed that Apple paid £35,000 (over $55,000 at today’s rates) to buy the iPad trademark, with documents lending weight to suspicions that Proview is hoping to double-dip with the Cupertino company so as to rescue itself from financial ruin.

AllThingsD has been digging through Apple’s evidence in the Proview case, including emails that seemingly confirm the Taiwanese firm was fully aware of its subsidiary’s intention to sell the trademark. The Chinese “iPAD” mark itself is included in a list of registered marks Apple was buying, filed back in 2001, along with notarized transfer documents.

Nonetheless, Proview insists that its subsidiary did not have the authority to sell off the Chinese trademark, pointing to its own range of iPAD branded hardware that had been on sale up until 2009. Apparently as many as 20,000 “Internet Personal Access Device” desktops – pictured here – had been sold, according to the company.

Proview argues that it had support from numerous Chinese financial institutions that didn’t want the firm to be declared bankrupt, though that did in fact go on to take place; meanwhile trading in Proview shares ceased in August 2010. All signs from the company’s flagship facility suggest there’s little going on in the way of manufacturing there. 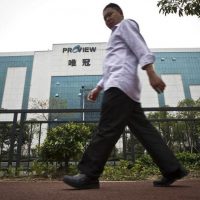 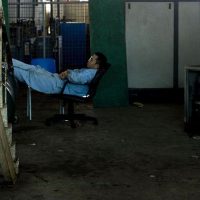 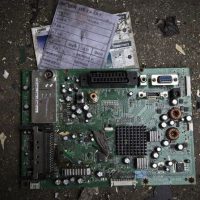