As with all high-profile device launches, it hasn’t taken very long for the folks at iFixit to get their hands on the new Apple HomePod and promptly rip the sucker open. There are two goals in doing so, as the teardown gives us a look at the hardware that’s inside and also shows us how easy it would be for the end user to repair the product on their own. Unfortunately, those of you who were hoping for a DIY-friendly repair job are about to be disappointed.

Indeed, it seems that getting into the HomePod itself is quite the chore. After checking out the HomePod’s internals in a series of x-rays, iFixit decided that entering through the bottom was the best way to approach getting inside. It was met with resistance from the very beginning, as the foot of the speaker is glued on and took “some serious heat-gunning” to remove.

There is a glimmer of good news here, as after removing the foot, iFixit found that Apple used Torx screws in the construction of the HomePad. Sadly, that kind of happy realization turned out to be a rare thing throughout this teardown, as iFixit had to slice through the mesh (discovering a drawstring that could have been used to remove the mesh intact in the process), work through various rubber plugs, screws, and glued-on plates on the top and bottom, and then eventually take a hacksaw to the thing to get inside. 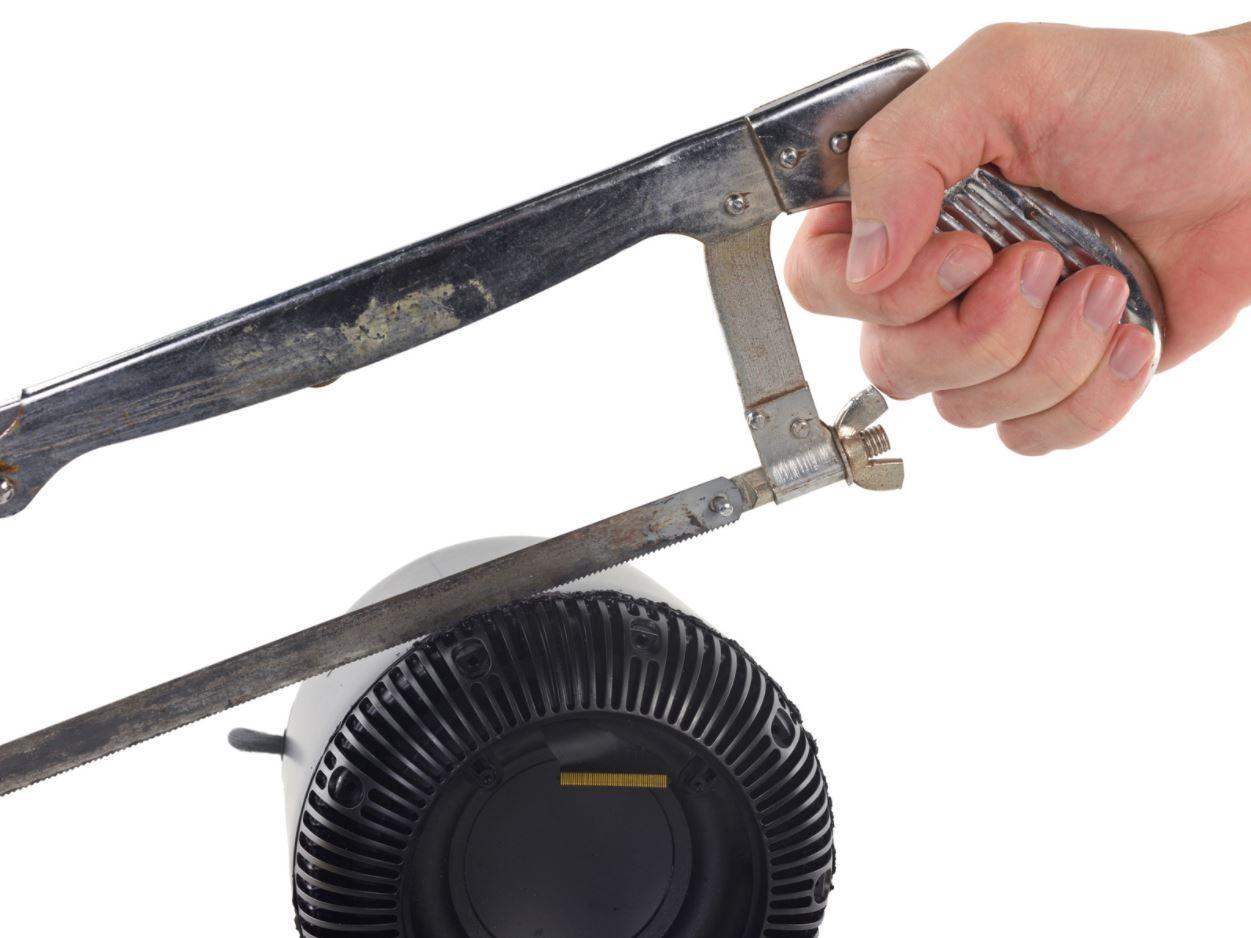 Once it was finally inside, iFixit came across numerous boards, one of which is home to the Apple A8 SoC and 16GB of Toshiba NAND flash memory. It also uncovers the speaker’s woofer, which is paired with a rather large magnet to help give it some power when it comes to bass notes. It also discovers that power is transfered from the AC-in board to the ring board by way of conductive posts – and that pretty much everything on that AC-in board is covered in epoxy to make sure it stays put while you’re blasting music. 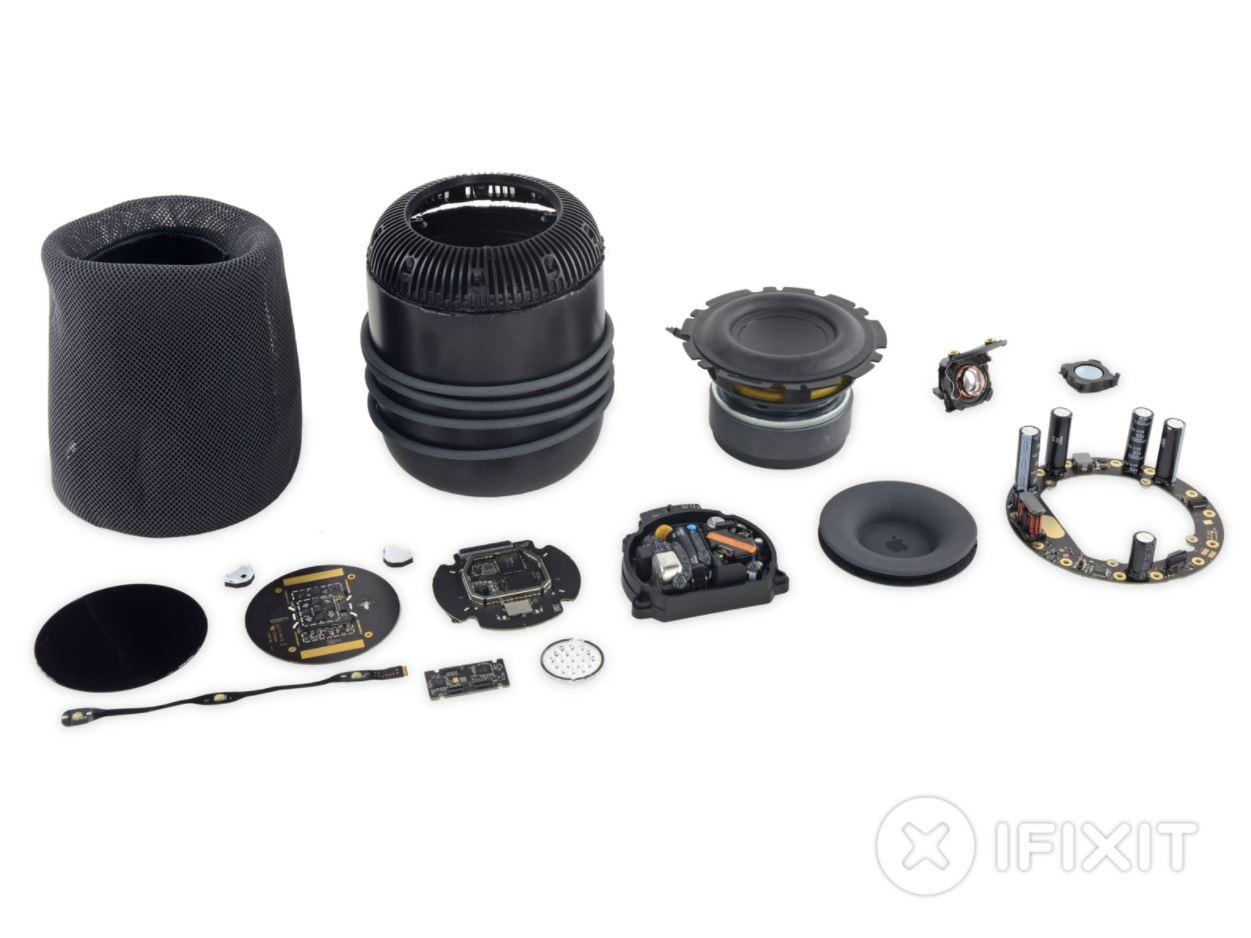 In the end, iFixit gives the HomePod a repairability rating of 1 out of 10, meaning that any hope for carrying out DIY repairs without damaging the device is pretty slim. That’s bad news, as Apple charges a lot of money to repair the HomePod, assuming you need to do something more intensive than simply replacing the power cable. The good news is that the HomePod seems to be quite the tanky device, so it should stand up to some abuse, music-based or otherwise. Be sure to read through iFixit’s full teardown, because the lengths it had to go to in order to reveal the HomePods secrets are truly fascinating.