HomePod is a sweet-sounding uphill battle

Apple’s HomePod was delayed, and all we got when it finally showed up was a new release date. Surprise bubbled around the announcement of the smart speaker’s February 9 launch earlier this week, after Apple failed to use its extra time to address some of the more frequent criticisms HomePod faced when it debuted roughly eight months ago. No multi-room playback at release, no expansion to grudgingly accommodate third-party music services, and no price change from $349.

Unlike some, I’m not ready to dismiss HomePod out of the gate. Still, I do believe that its success hinges on more than just Apple’s (admittedly invariably good) marketing skills. At $349 it finds itself facing strong competition in both the smart speaker and streaming music arenas, after all.

On the one hand, Sonos has built itself a deserved reputation for its connected speakers. By price, HomePod finds itself somewhere in-between the PLAY:3 and PLAY:5, but since Sonos supports stereo pairing – which Apple won’t add to its speaker until later in 2018 – you could also combine two Sonos One speakers and get, for under $400, what I suspect will be better audio than the HomePod can manage.

Meanwhile, although Google’s Home Max is a $399 alternative to HomePod, it’s also an outlier in the smart speaker category. Instead, it’s models like Amazon’s Echo Dot – which stormed the retailer’s holiday 2017 sales with its near-perpetual discount to $30 – and the $49 Google Home Mini that are giving people their first taste of what a voice-powered assistant could do. If you want significantly better audio quality, a $199 Sonos One is a more affordable and – since it supports Alexa now, and will add the Google Assistant sometime this year – flexible upgrade route. 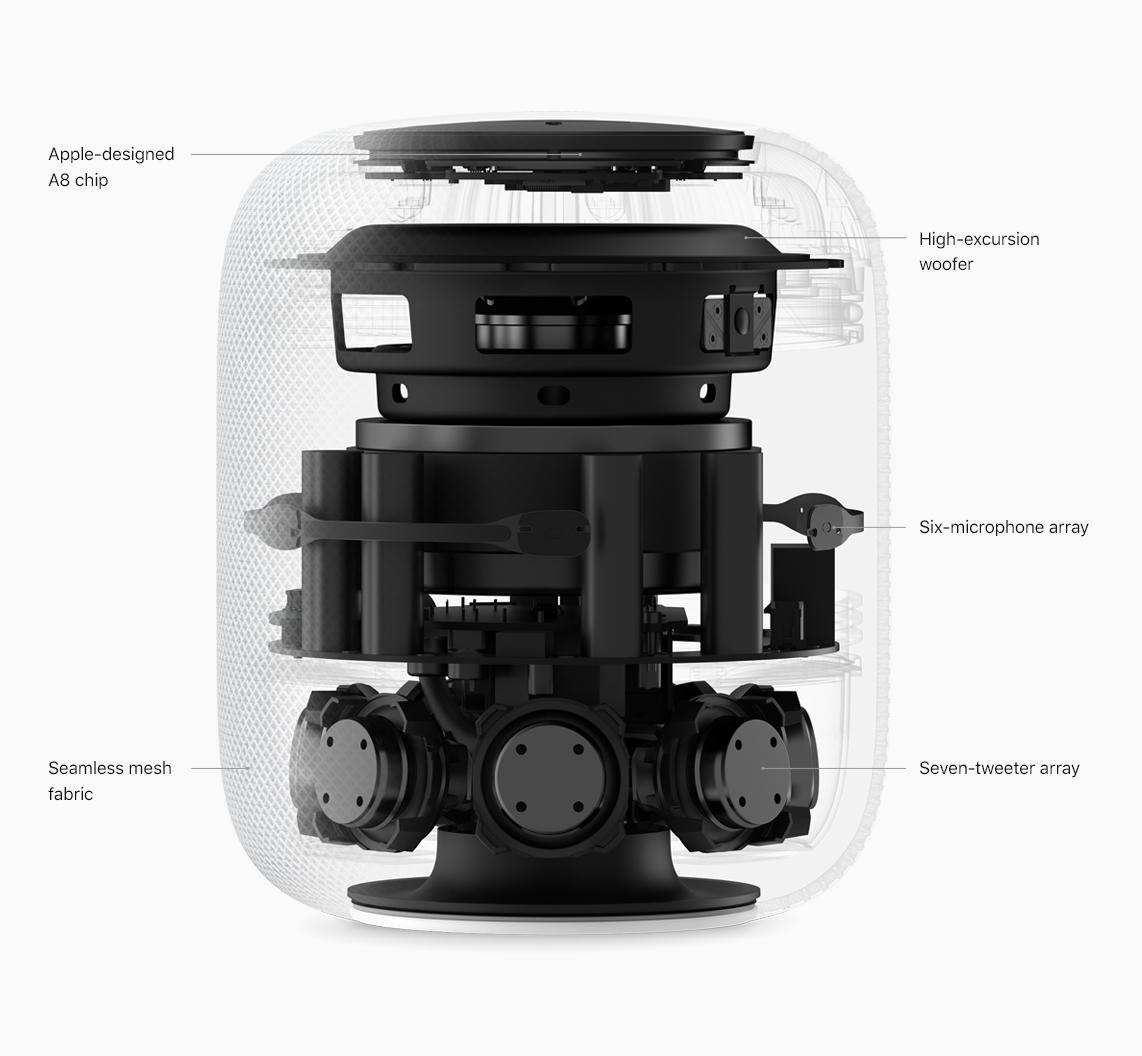 Apple’s strategy here seems almost obstinate in its determination to put music quality at the fore. If the smart speaker line-up is a continuum, then HomePod prioritizes “speaker” first and “smart” only after that. Siri’s presence feels more like simply a way to navigate music than a desire to challenge Alexa for her role as virtual PA.

Those responsible for HomePod would, undoubtedly, argue it differently. Yet the decision to launch the speaker as a $349 play for audiophiles – and, from a very limited audition with a prototype last year, I concede that It Sounds Good – rather than a “HomePod Nano” with a price tag a fraction of that, is going to give many potential buyers pause. Siri on the iPhone, Mac, and Apple Watch doesn’t, it’s reasonable to say, have the best reputation for helpfulness beyond the basics. Factor in the absence of Spotify and other third-party music services – which need to be streamed over AirPlay since HomePod only has native support for Apple Music – and you need to be a clear devotee of Apple’s hardware, software, and services in order for HomePod to make the most sense.

There are a few signs that Apple recognizes the scale of the challenge ahead. The reveal of iOS 11.3’s key new features today may have made HomeKit’s updates almost a footnote, but the decision to allow for software authentication instead of demanding third-party manufacturers add hardware to their connected devices before it can hook up with Apple’s smart home system is a significant one. It’s likely to mean an avalanche of compatible products, which will only benefit HomePod as the gateway to controlling the smart home.

Similarly, SiriKit will hopefully extend Siri’s usefulness, by inviting third-party talents. Being able to trigger messages, lists, and notes handled by apps outside of Apple’s own ecosystem by voice will certainly improve the smart speaker’s usefulness. All the same, Apple’s strict controls – SiriKit on HomePod doesn’t even support the full extent of extensions SiriKit itself can handle, and those it does will be passed to your iPhone to run rather than completed on the speaker itself – will undoubtedly prevent it from accruing the wealth of “Skills” Amazon’s Alexa has garnered from developers over the past few years. 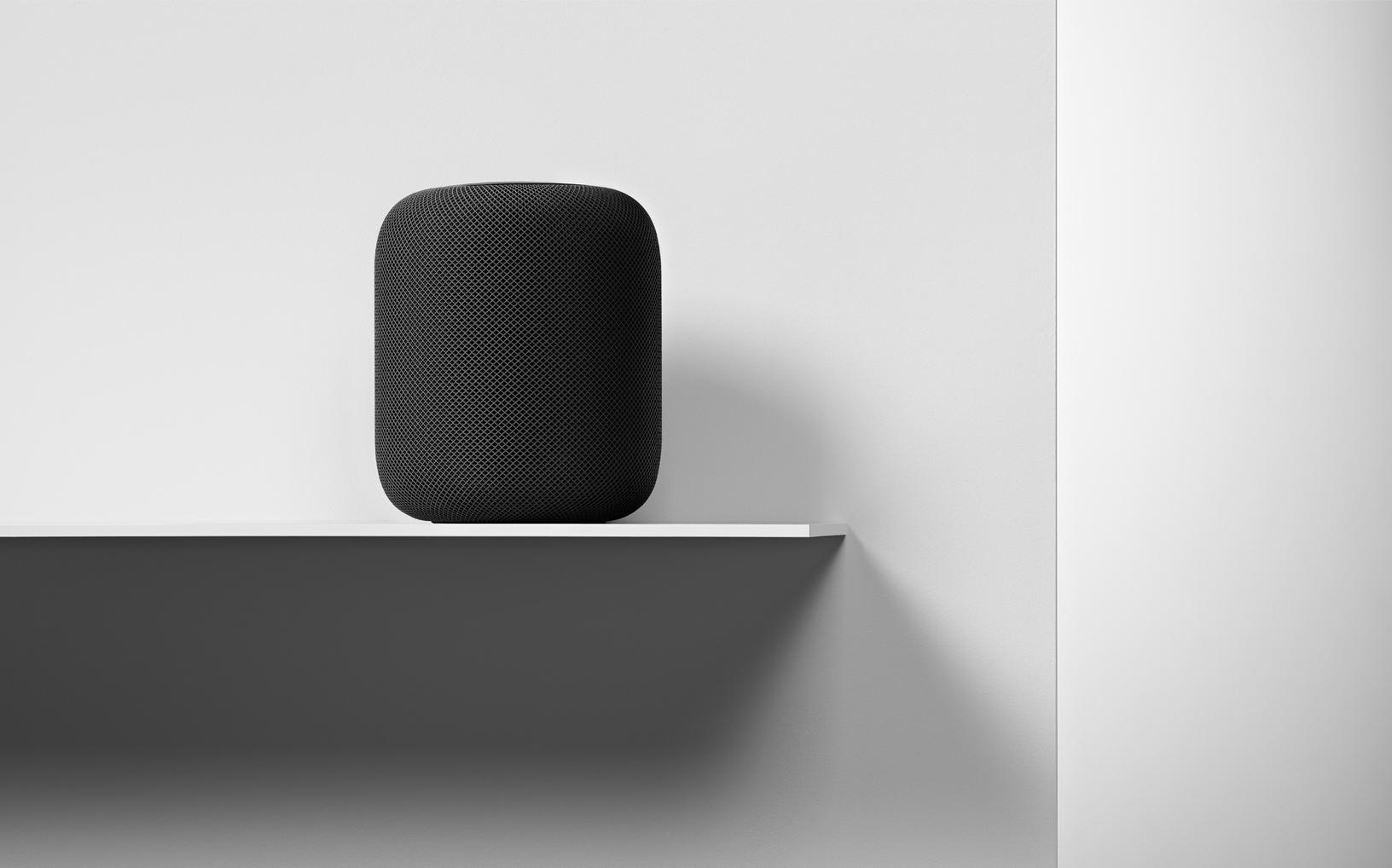 There is, of course, the chance that HomePod-in-person will charm in ways that HomePod-in-theory could not communicate. That’s certainly been the case with AirPods: Apple’s Bluetooth headphones seemed, on paper at least, to be fairly expensive wireless earbuds with fewer controls than existing rivals. In practice, though, the tight integration with iOS and macOS, along with their “they just work” nature leave AirPods as arguably Apple’s best product of 2017.

The hope in Cupertino, therefore, is almost certainly that the HomePod experience is transformative in-person in much the same way. Problem is, whereas for many headphones are an essential accessory, a speaker – even a smart one – is not. There, the $349 price tag and restrictions around third-party services will undoubtedly leave many waiting it out to see whether Apple, and others willing to navigate the HomePod’s hurdles, will truly commit.