There’s no doubting that the iPhone 6 and iPhone 6 Plus have been successful for Apple, racking up record sales in the first month. 10m in sales in the first weekend would seem to prove that iOS users really were eager for a bigger phone, but the lingering question has been “which size is more popular?” Apple wouldn’t address 6/6 Plus split when it announced its latest financial results and, according to Greg “Joz” Joswiak, VP of iPhone, iPad, and iOS product marketing, the answer is that, right now, the company itself doesn’t really know.

The problem is, Joz argued at an appearance at the Code/Mobile conference today, buyers are snapping up every single iPhone the company can make – no matter which version it is.

“In all honesty, we don’t know yet,” Joz said. “We’re selling them in the ratio that we’re making them. We need to get to some steady state, some equilibrium, between supply and demand to tell.” 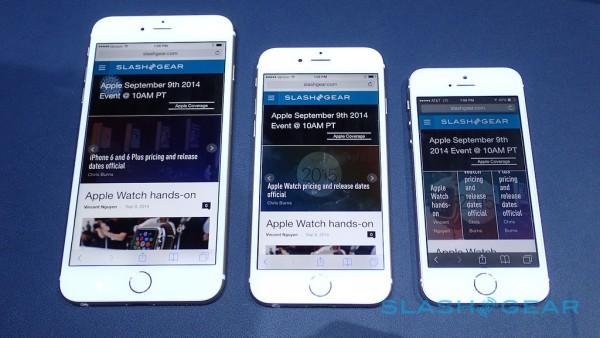 Even when manufacturing catches up to pre-order demand, there’ll be a transition period after that as the mass market catches up to where tech aficionados were weeks or months ago.

“You also need to understand the steady state market as well as the early-adopter,” Joz pointed out.

Regional differences will affect the split between the 4.7-inch iPhone and its bigger 5.5-inch sibling, too. As seems to be the case with all phablets, the Apple exec confirmed that “it varies considerably by market.”

Larger devices are more popular in Asia, for instance, but less so in Europe. The US slots somewhere in-between.

Joz’s appearance follows that of Apple CEO Tim Cook at the rival WSJD conference yesterday, where the chief exec discussed Apple Pay and Alibaba among other topics. He also confirmed that Apple expects the Apple Watch battery to last roughly a day.