This week the folks responsible for Apple‘s building construction efforts have broken ground on a new location in Prineville, Oregon where they’ve promised a “100% Renewable Energy” data center. This data center would help contain such data as iCloud backups like its soon to be partner facility in Maiden, North Carolina. This center promises to be “even more” environmentally friendly than the center that already exists in Maiden, this new facility out-doing the Maiden’s giant solar power array which accounts for 60 percent of the center’s power requirements.

Speaking on both centers, Apple spokeswoman Kristin Huguet noted that “[the Maiden facility will be] the greenest data center ever built, and it will be joined next year by our new facility in Oregon running on 100 percent renewable energy.” The 10,000 square-foot data center in Maiden will be going online by August of 2012 at the latest. Jason Carr, Prineville’s Economic Development Manager is part of the committee working with Apple to create a long-term agreement which will give Apple massive property tax breaks if it goes through with creating its data center outside of the town on the 160-acre plot announced today.

“They’ve started construction already on a small 10,000-square-foot data center. That’s just an initial phase and Apple has plans to build a much larger facility, similar to what Facebook has already built.” – Carr 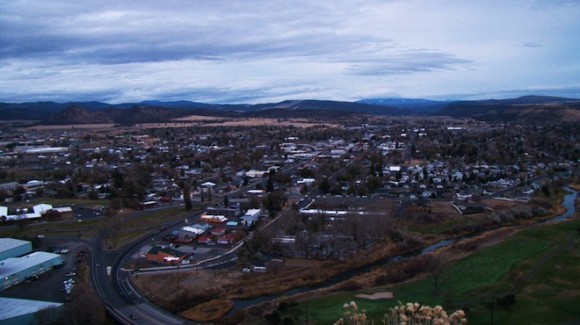 This data center is set to work primarily with iCloud data for now, but certainly could expand over time to head up future Apple remote server needs.

“There is some demand with a lot of the new iCloud stuff that they’re doing. There’s just a lot of technology they’re rolling out; they really need to get some data centers up and rolling and this allows them to do that by the summer.” – Carr

We’ll see how quick they can get it up this summer – super speed for the iPhone 5!