This Apple self-driving car patent is all about building trust

Apple’s plans for how autonomous cars could navigate you around have been given a rare preview, with a new patent application detailing what riders could see on their dashboard. The Cupertino firm has been working on self-driving car technologies for some time now, though is believed to have scaled back on its original plans to launch a vehicle of its own.

Instead, Apple is thought to be working on some of the underlying systems with which other automakers could use in their own driverless cars. Such a strategy would put the company in competition with a number of established automotive parts and technology suppliers, not to mention in-house teams at car manufacturers already working on their own systems. In Apple’s favor is its legendary attention to detail and focus on usability, which could give its systems an edge when it comes to rider acceptance.

Until now, though, we’ve not been entirely clear on which area, exactly, Apple is focusing on. That’s been addressed somewhat with a new submission to the US Patent and Trademark Office. The application, first spotted by Patently Apple, covers an “Autonomous Navigation System” and was filed in December 2015. 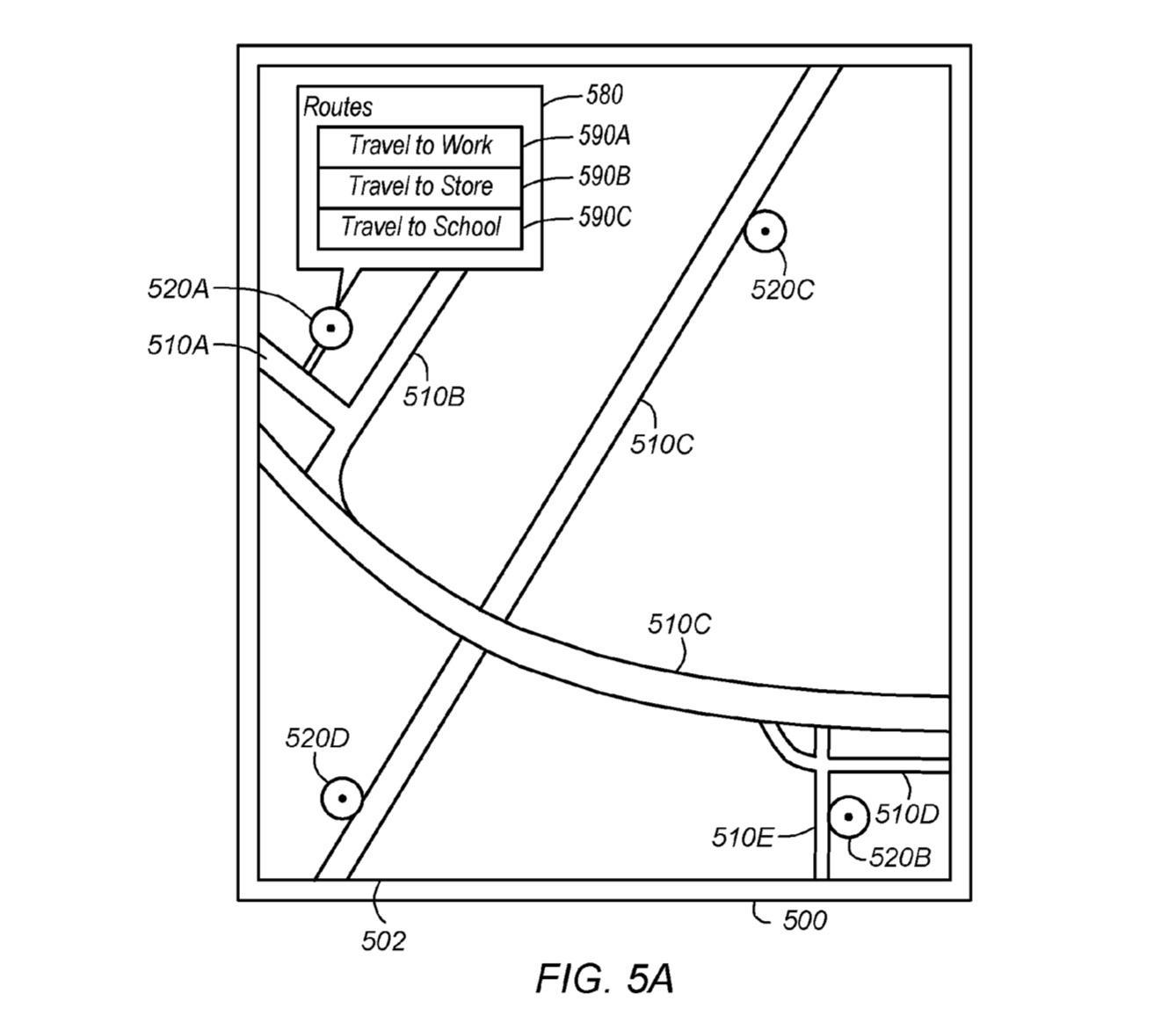 What’s interesting is that the technology Apple describes doesn’t simply cover a driverless car that can follow preprogrammed routes and a high-definition map. Instead, it describes a system whereby the car observes the routes human drivers regularly take, and then, after a period of observation, offers to repeat them autonomously.

For instance, if you regularly drive to work, but have to drop your kids off at school along the way, the Apple-powered autonomous car could watch and learn that route and come to understand that it’s one you perform regularly. At some point – as Apple puts it, “when a confidence indicator of the characterization meets a threshold indication” – the car could offer to take over that drive, either in part or entirely. Rather than following a route calculated from map data alone, it would replicate the path the human driver would typically take. 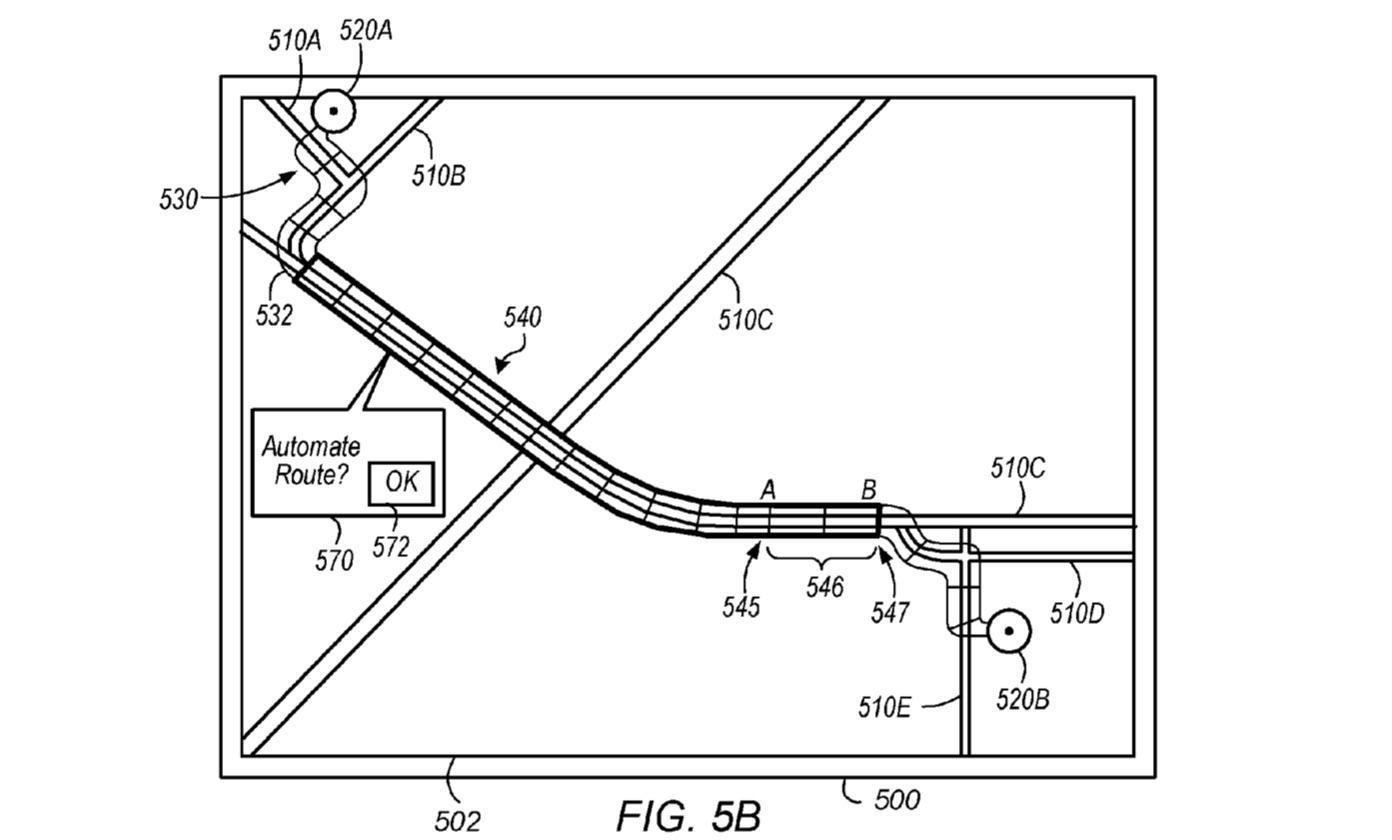 While that may seem a small detail, it could be vital to encouraging confidence in autonomous vehicles by human occupants. Familiarity is important, as is demonstrating to flesh & blood occupants of self-driving vehicles that the car they’re riding in understands them, their individual needs, and isn’t just a simple automaton following a path. Other companies have argued before that “humanized driving” will be an essential talent of driverless vehicles, mimicking human pattens – and, preferably, those of the car’s regular user themselves – to build rapport.

Apple has also given thought to how that learning of driving patterns could be presented to the car’s user. In one illustration, for example, a map is shown overlaid with options the car’s autonomous systems have observed and can replicate: “Travel to Work” or “Travel to Store” for example. Those routes could be displayed on the on-screen map, and then an option to “Automate Route” presented that the rider could select. The specific part of the route that would be handled by the car itself would be highlighted, leaving no uncertainty as to who was responsible and when. 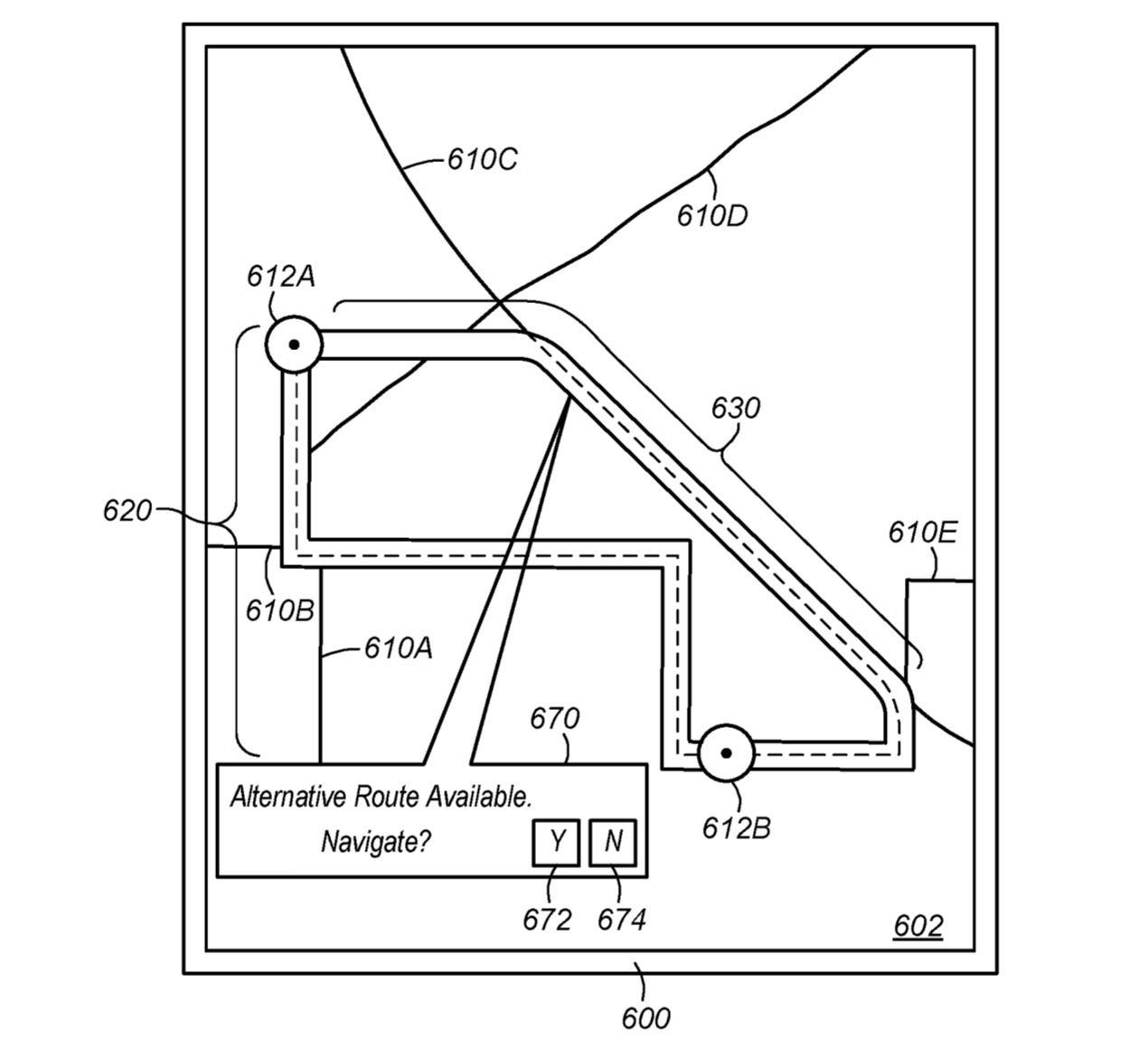 Of course, with a real-time link to road traffic information, the car’s systems could also deliver re-routing. An “Alternative Route Available. Navigate?” dialog could offer to change the path if the rider prefers it. Again, by making that a conscious decision by the humans in the car, rather than simply adopting the quicker route by default, there’s a greater sense of collaborative involvement that could help develop user confidence.

As autonomous vehicles become more commonplace, something experts argue on when could be the case but generally believe will involve several decades, it’s likely that users of such transportation will gradually need less reassurance from the systems. Nonetheless, for the early implementations there’s a mental barrier that will need to be crossed as possible skeptics must be convinced that it’s safe to leave the car to its own devices.