Apple AirTags: The highs and lows of these $29 trackers

Apple’s cheapest product of this week’s big new hardware showcase was arguably its most interesting, with AirTags finally delivering the much-anticipated launch of the company’s first tracker. Taking on Tile and other item tracking tags, Apple’s system mixes some augmented reality cleverness with the huge number of its devices in the wild to make finding lost keys, bags, luggage, or anything else a whole lot easier.

AirTags are designed to be affordable

Apple products aren’t typically known for being inexpensive, but by tracker standards AirTags are fairly mainstream. A single AirTag will cost $29, while Apple will offer a pack of four for $99. 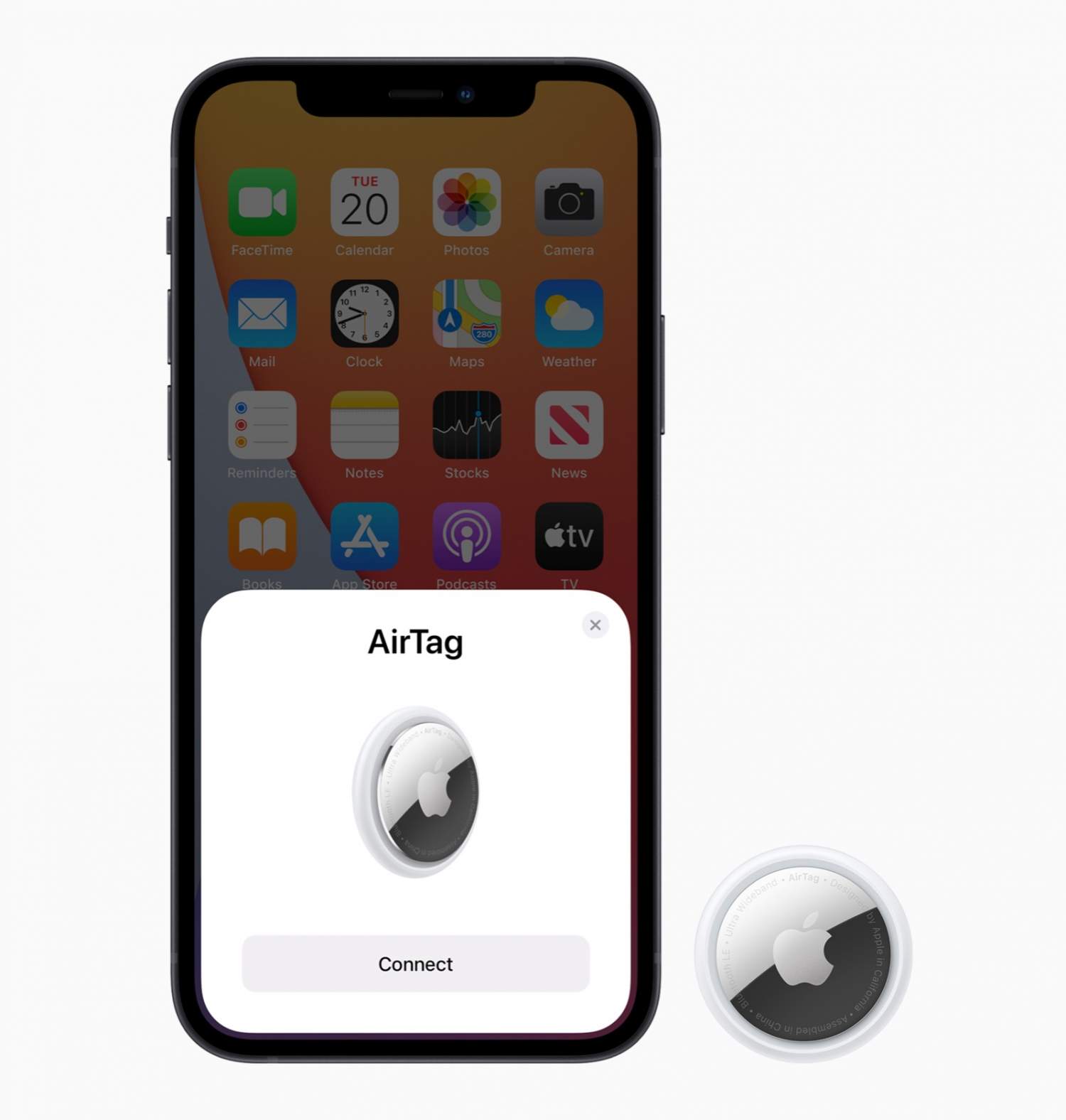 They’re IP67 water and dust resistant, which means they can be splashed safely, or even survive up to 1 meter underwater for up to 30 minutes. They pair with an iPhone in the same simplified way as a AirPods do: a pop-up offers to connect the tracker, then you add a name for it – such as “car keys” – and it’ll show up in the Find My app.

They go up for preorder on Friday, April 23. Apple says they’ll ship from April 30.

AirTags’ headline feature is Precision Finding. It uses the U1 chipset in the tracker to not only show you how close you are to the AirTag, but the direction it’s in. That’s courtesy of Ultra Wideband, which you can think of being a little like Bluetooth only with directional data. 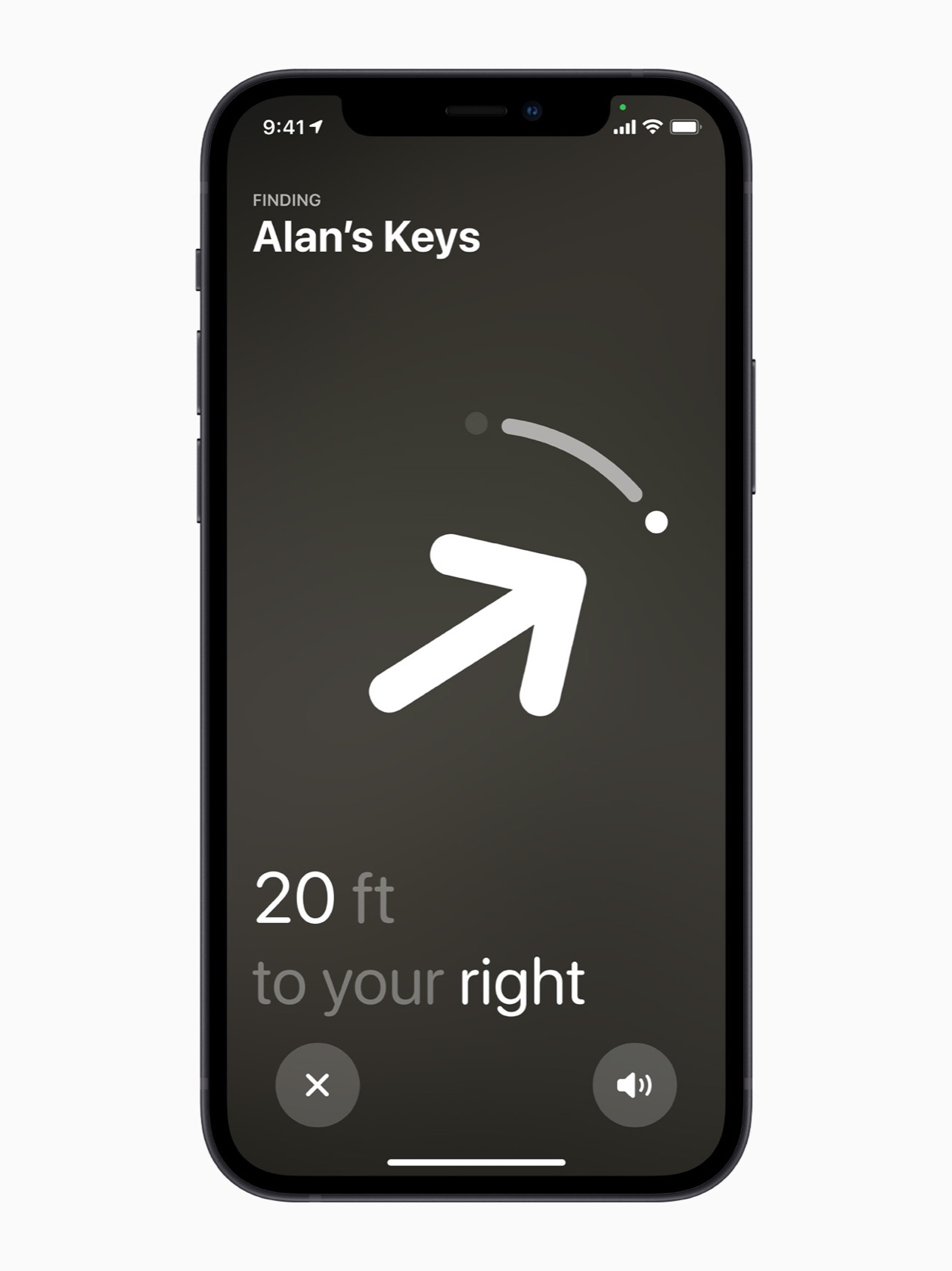 If you don’t have one of those more recent iPhone models, your tracking experience will be a little less precise. You can remotely make the AirTag play a sound – it has a built-in speaker for that – either from the “Items” tab in the Find My app or by asking “Hey Siri, find my keys” or whatever you’ve set that the tracker is attached to. 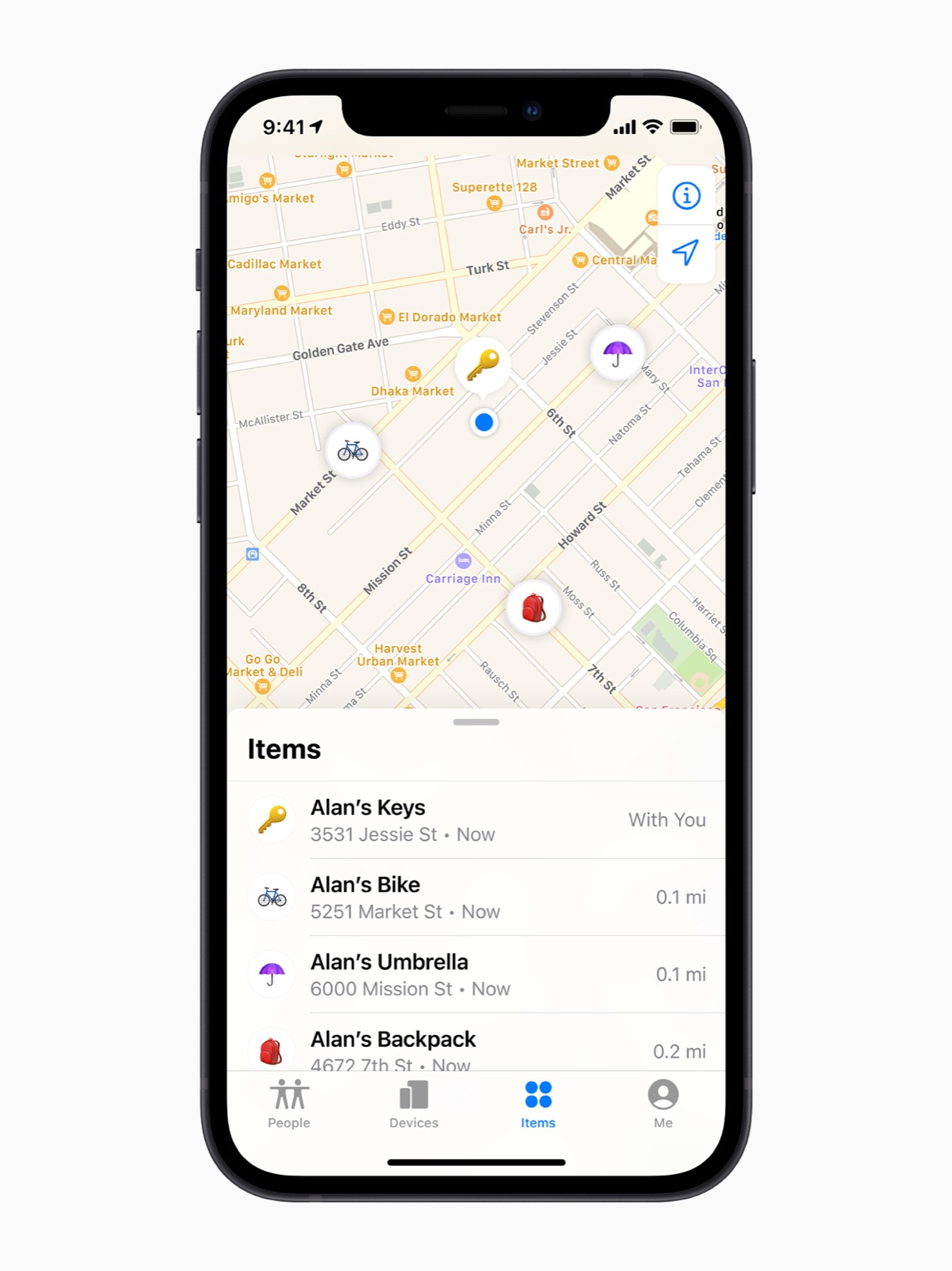 You can also set the AirTag into Lost Mode, which then taps into the power of the Find My network. That basically relies on other Apple devices – including iPhone, iPad, and Mac – in the wild to report AirTag locations, anonymously and in the background. If yours gets within Bluetooth range of someone else’s device, you’ll get a notification about its location. 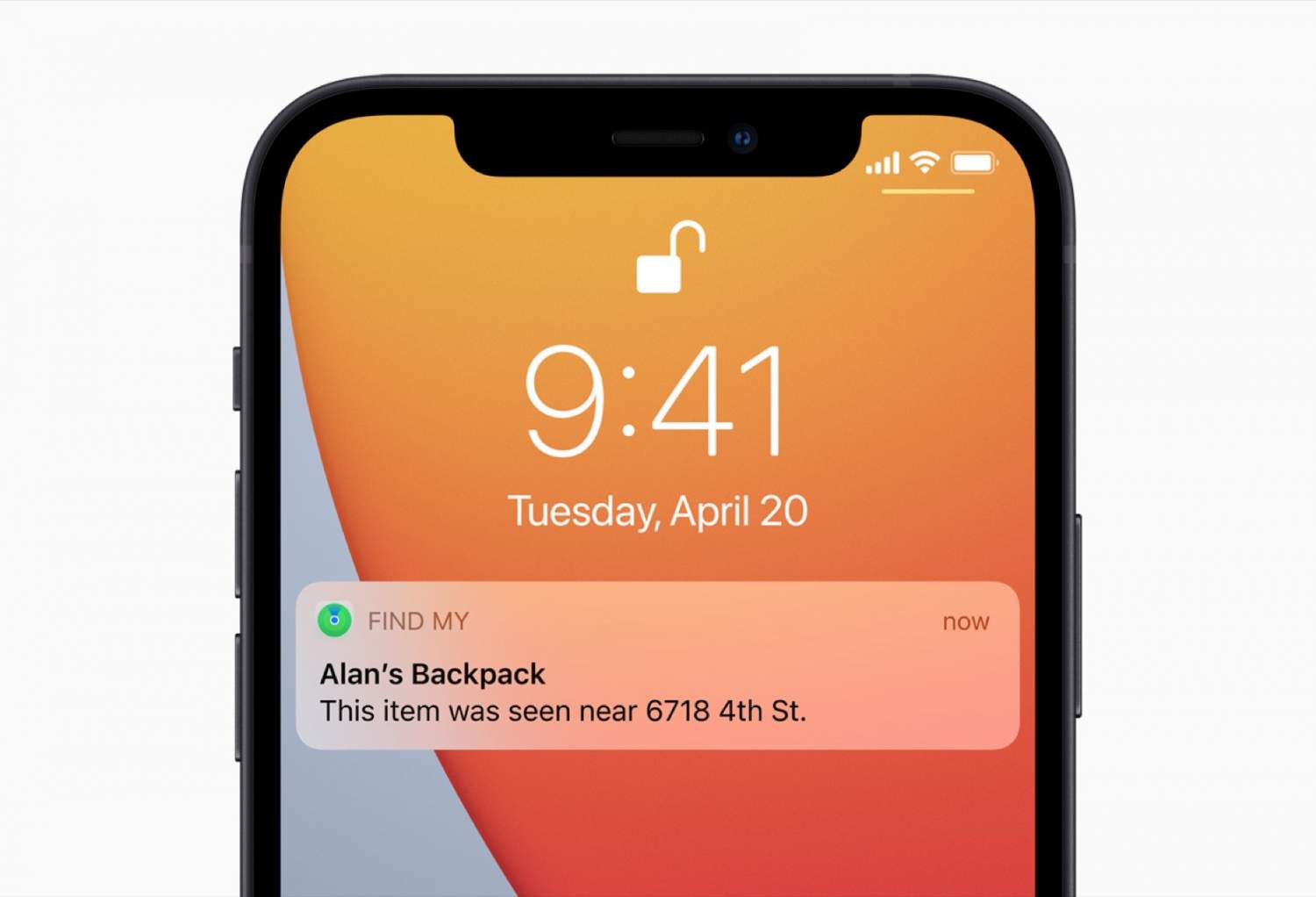 If you find an AirTag out in the wild, meanwhile, you’ll be able to tap it against your iPhone and see the phone number of who it belongs to, assuming it’s been set to Lost Mode. That’ll work with any NFT-compatible phone, in fact. Registering your phone number with that service will be optional, however.

Get ready to buy AirTags accessories

If you were going to imagine an Apple-designed tracker, AirTags’ simplistic design is probably what you’d first imagine. A simple disc, with an Apple logo on one side, you can have it engraved for free – with text, numbers, and emoji, though Apple has some limits around what words you can use – to distinguish it from everyone else’s. 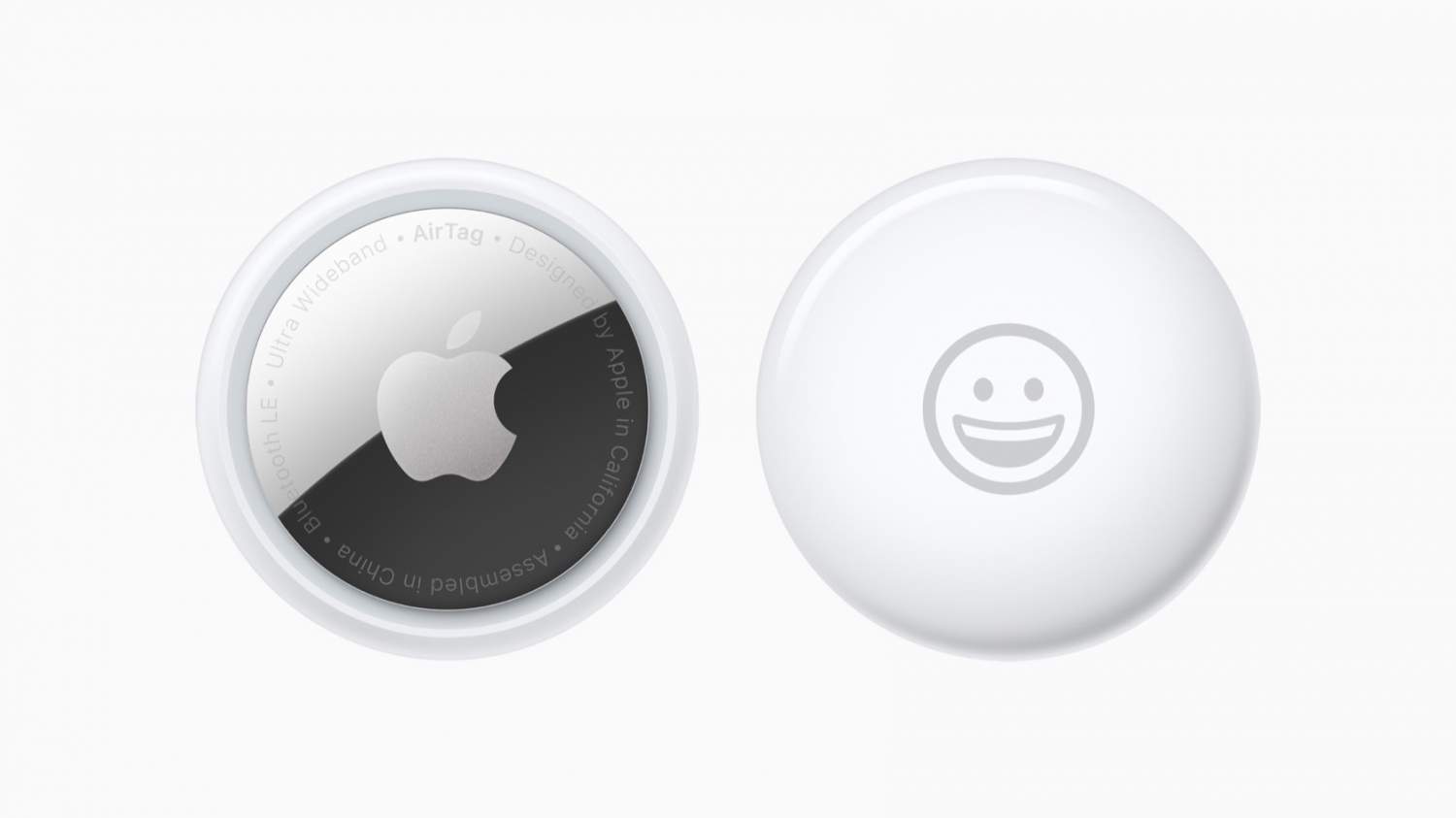 Conspicuous by its absence, however, is any way to attach it to your keys, bag, or anything else. Unlike Tile’s trackers, for example, if you want to put AirTag on a keychain, you’ll need to buy an accessory. Apple will have its own options there – including a choice of polyurethane or leather AirTag Loop, and an AirTag Keychain – and third-party companies will also offer their own accessories. 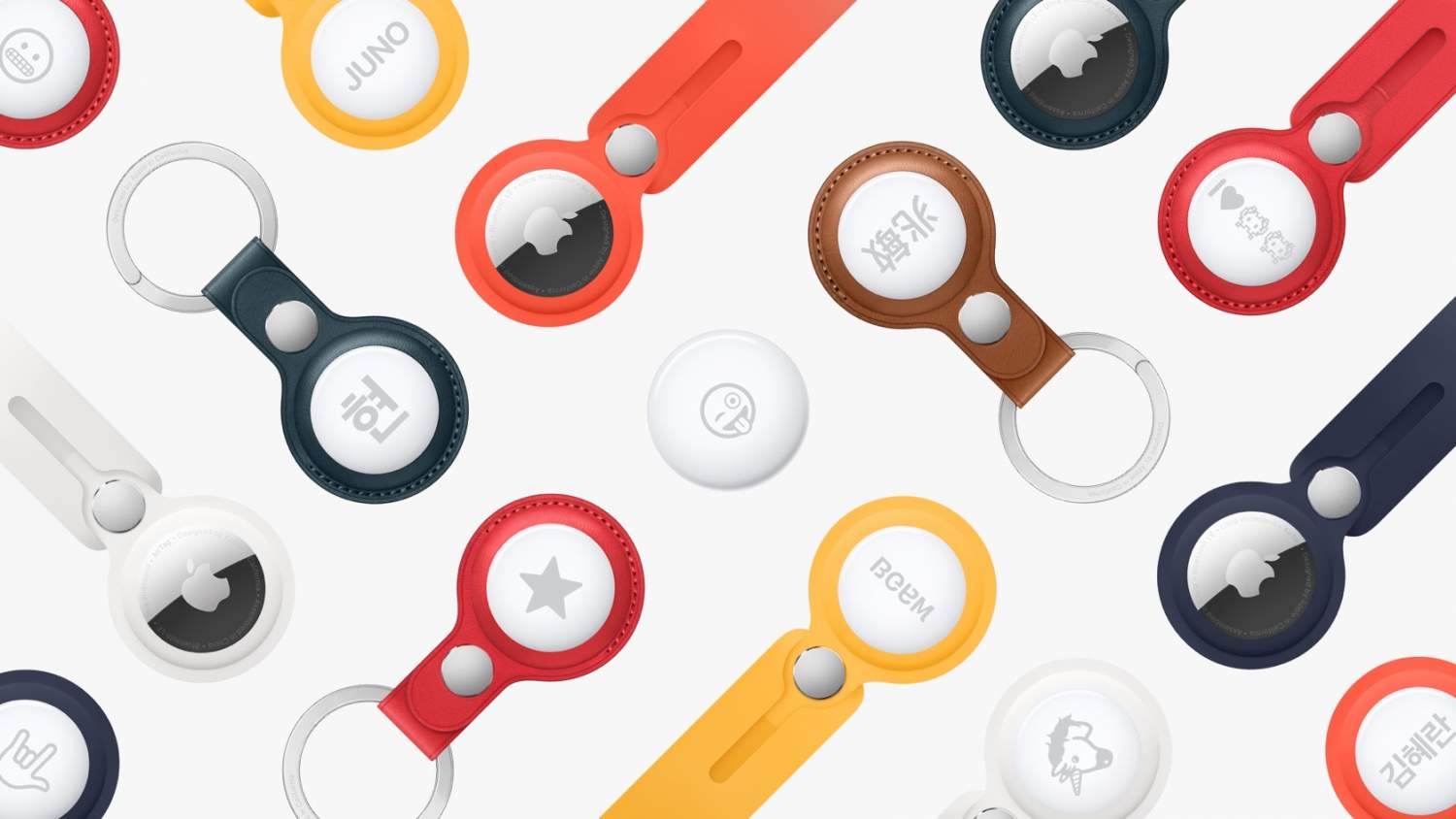 You could go much, much further however, if you have a taste for designer labels. Apple has worked with Hermès on a range of AirTag accessories, and as you might expect they’re very, very expensive. An AirTag Hermès Bag Charm is $299, the AirTag Hermès Key Ring is $349, and an AirTag Hermès Luggage Tag is a whopping $449. That’s more than an iPhone SE will set you back.

Unlike most Apple products, you can change AirTags’ battery yourself

Sealed batteries that aren’t user-accessible are the exception not the norm in the consumer tech world at this point, as companies chase slimmer designs, try to make waterproofing easier, and generally open up a new revenue stream by demanding you pay for a replacement (or just upgrade to the latest model altogether). Imagine our surprise – and delight – then, to see that Apple has not only made AirTags’ battery user-replaceable, but that it hasn’t picked some difficult-to-find cell itself. 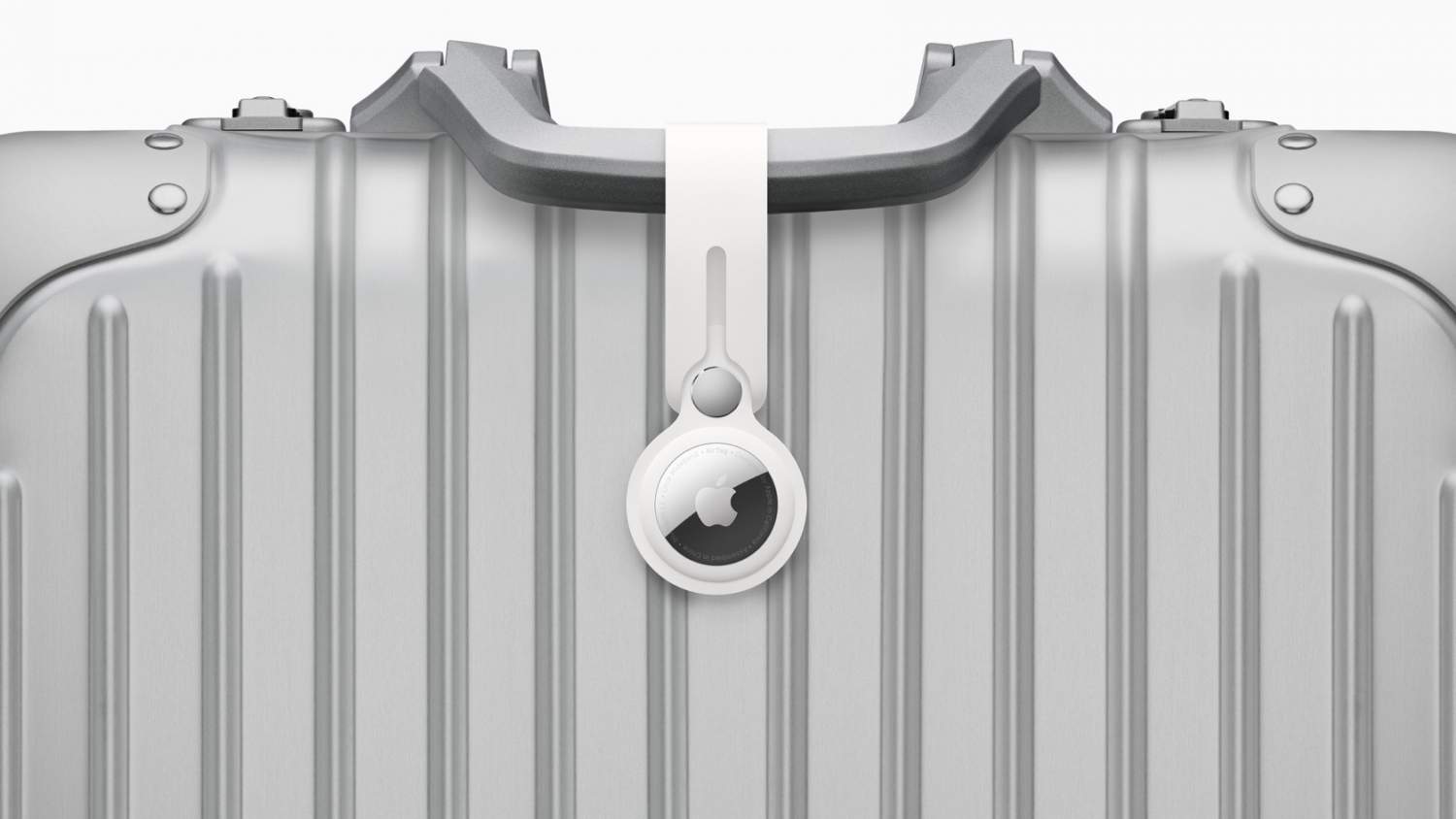 Instead, you simply twist off the rear panel of the AirTag to reveal the CR2032 battery. That’s the widely-available button-cell battery which often powers car key fobs and watches. You won’t even need to buy special Apple-branded replacements, with a multi-pack often as cheap as a few bucks.

That multi-pack should last a while, too. According to Apple, an AirTag will run for a year or more on a battery, based on typical use. When it’s time to replace it, you’ll get a notification on your iPhone.

Tracking is controversial, particularly when it comes to stalking and controlling relationships. Apple has designed the AirTag system to try to avoid the potential for a jealous spouse or similar to surreptitiously monitor their partner, though the anonymity settings should benefit everyone who uses the trackers. 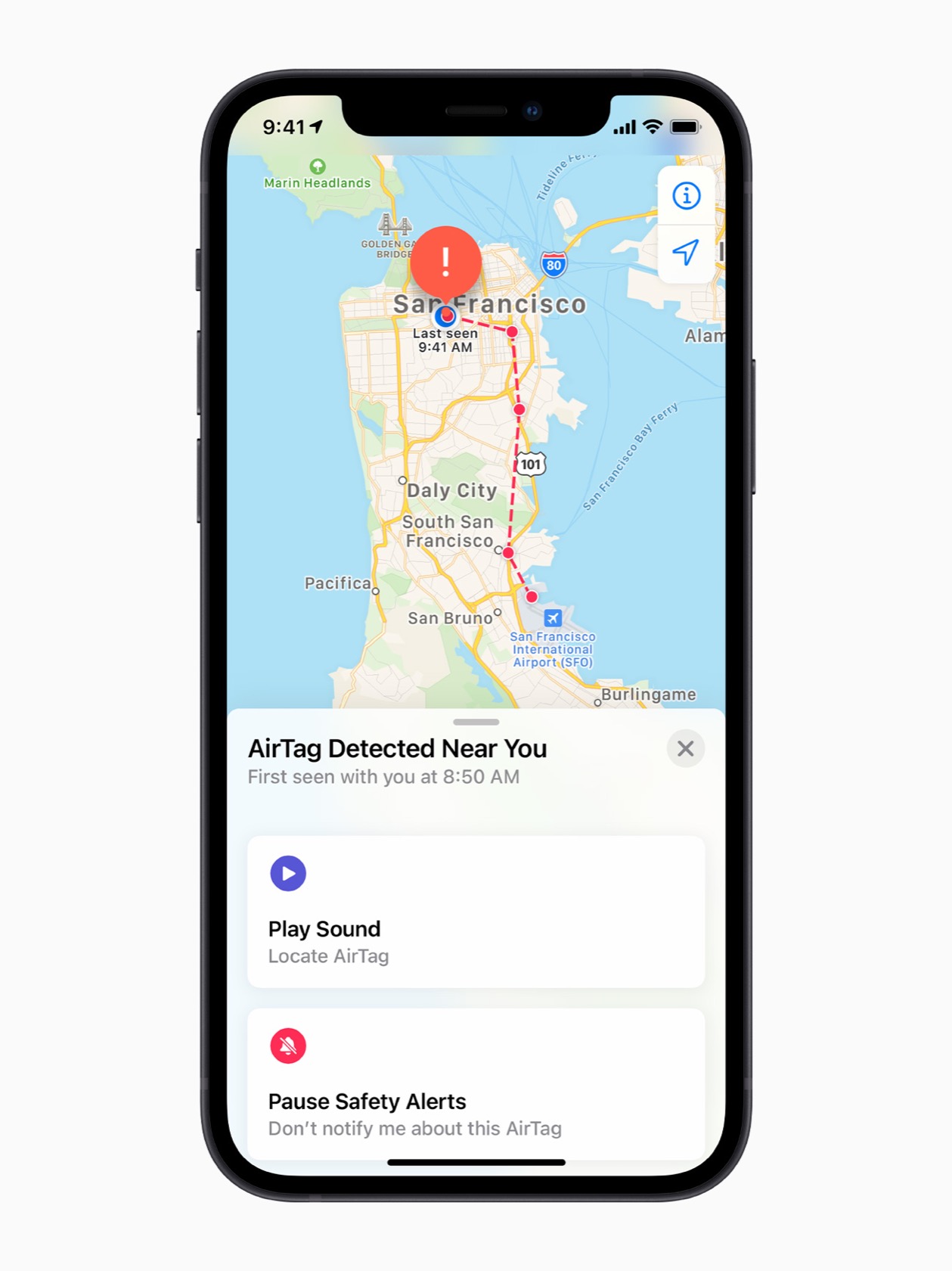 If someone puts an AirTag in your bag, or you inadvertently pick up someone else’s keys with an AirTag attached, you’ll get a notification on your iPhone that it’s nearby. After a while, the AirTag itself will start playing a sound, too. Those alerts are only made when the actual owner of the AirTag isn’t within range too, mind. 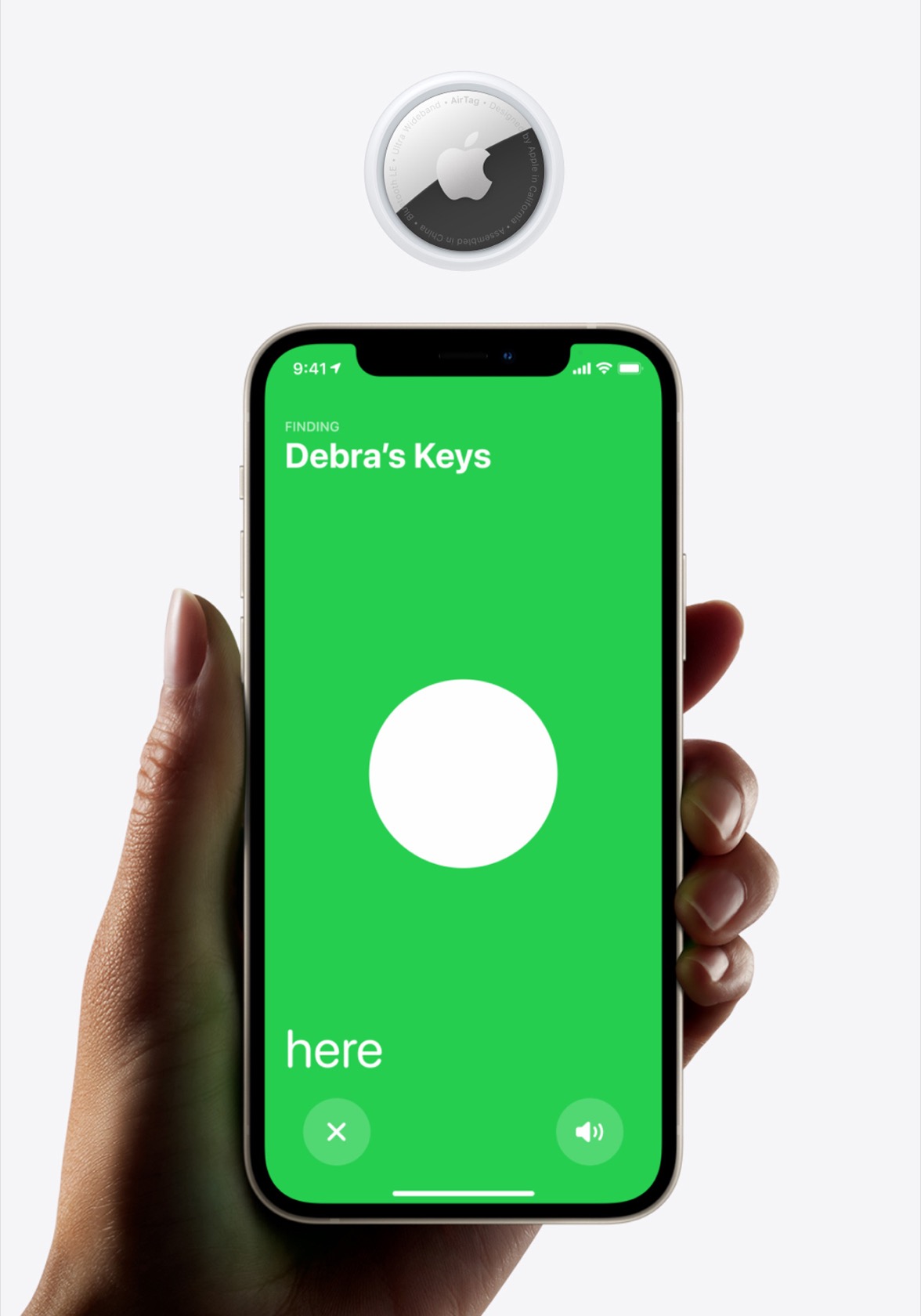 Location data isn’t saved on the AirTag, nor a history of where it has been. Instead that’s all handled by iCloud, with the data encrypted end-to-end, and each device along the way kept anonymous. Even Apple doesn’t know where your AirTag is, nor which devices may have flagged its location when it’s lost. The Bluetooth signals that the tracker users are rotated frequently, too, to help cut down the potential for unwanted location tracking.