A startup company called Inductiv was acquired by Apple to improve the abilities and functionality of their voice assistant system Siri. Inductiv worked with artificial intelligence (AI) to automatically identify and correct errors in raw data. Engineers have begun working with Apple, according to one report, to improve Siri’s speed and accuracy.

The most recent iteration of Inductiv (aka HoloClean) was founded by Ihab Ilyas and Theodoros Rekatsinas in 2019, and had between 3 and 10 employees when acquired here in May of 2020. Inductiv is one of several companies acquired in the first half of the year 2020 by Apple.

Apple also recently acquired NextVR for virtual reality streaming and recordings of major events, sports, and music concerts. NextVR was acquired in April – as was Voysis, another Artificial Intelligence/Machine Learning/ Natural Language Processing company. Voysis will likely add functionality to Siri and finesse the already-present features of the voice assistant.

UPDATE: According to The Motley Fool, Inductiv employees now working with Apple are working under John Giannandrea. Apple’s Giannandrea is executive in charge of machine learning and AI strategy for the company.

UPDATE 2: Inductiv was also founded by Stanford University associate professor Christopher Re. Apple previously acquired a very similar company from Professor Re back in May of 2017. That company was Lattice Data, a group focused on machine learning and processing “dark data” – unorganized images, text, and data. 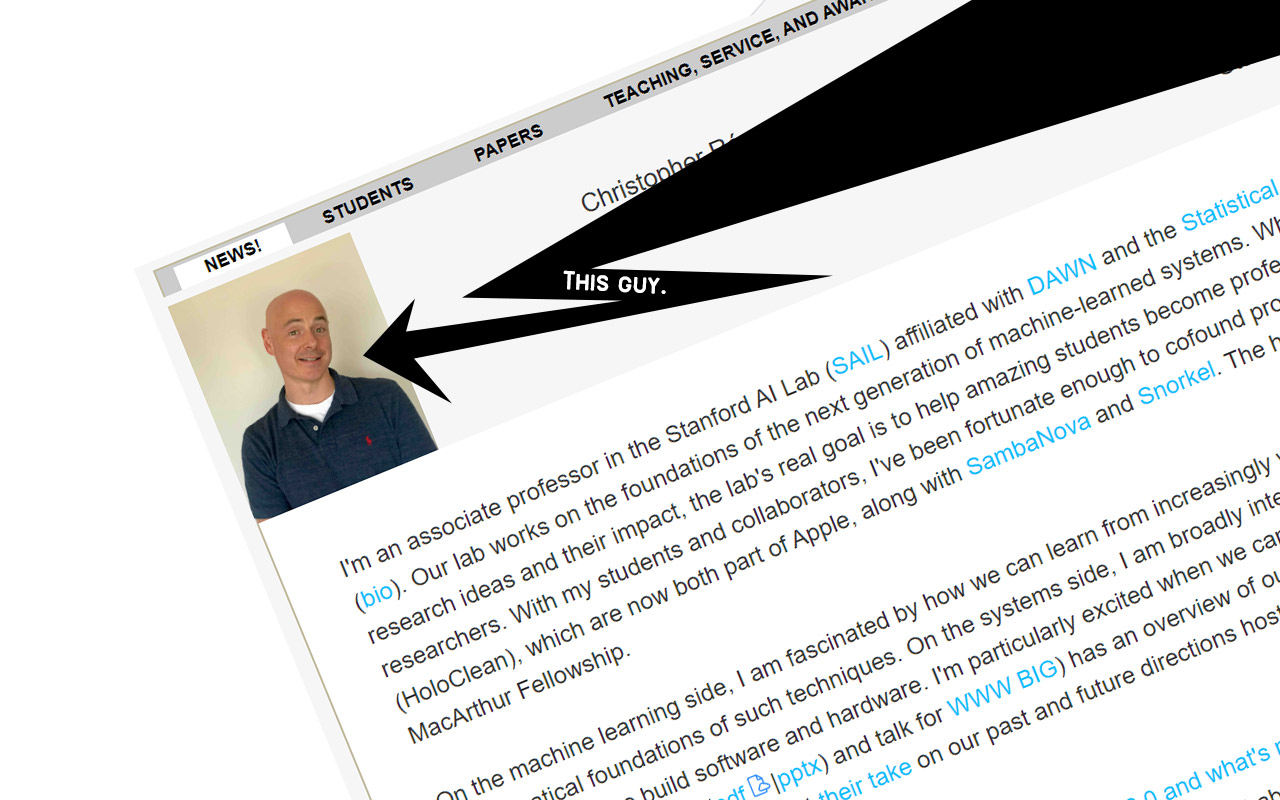 We wouldn’t be shocked to find another one of Professor Re’s associated groups get acquired in the future. We’re looking at you, SambaNova, and Snorkel. Snorkel works with machine learning and systems with collaborations with Google ads, Gmail, and Apple!

Christopher Re worked on a bit of research published in September of 2019 called “Overton: A Data System for Monitoring and Improving Machine-Learned Products.” Overton was authored by Christopher Re, Feng Niu, Pallavi Gudipati, and Charles Srisuwananukorn, all four of whom are listed there with “Apple” as their primary associated group.

In the conclusion for that research, it’s written: “This paper presented Overton, a system to help engineers manage the lifecycle of production machine learning systems. A key idea is to use a schema to separate the model from the supervision data, which allows developers to focus on supervision as their primary interaction method. A major direction of on-going work are the systems that build on Overton to aid in managing data augmentation, programmatic supervision, and collaboration.”

In Acknowledgements, Re (and the team) thanked “many teams in Siri Search, Knowledge, and Platform, and Turi for support and feedback.” Apple previously acquired Machine Learning startup Turi to improve Siri back in the year 2016.