Another trip to the USSR’s space rocket graveyard

Photographer Ralph Mirebs once again enters off-limits Russian space launch facility ground in Kazakstan at the Baikonur Cosmodrome. This time he’s not at Site 112A with the USSR’s versions of the space shuttle. Instead, he’s just a hop, skip, and a jump away at the launch silo for Энергия-М, aka “Energy-M”. In the image you see below, the tower we’re entering here stands in front of the building we entered late last month with Mirebs at Site 112A with shuttles aplenty.

Just to be clear, here, we at SlashGear have never been to Kazakstan. These photos are being taken by Ralph Mirebs of his own awesome accord. He’s aiming to record pieces of history before they collapse into dust – goodness knows no one else is going to do it. 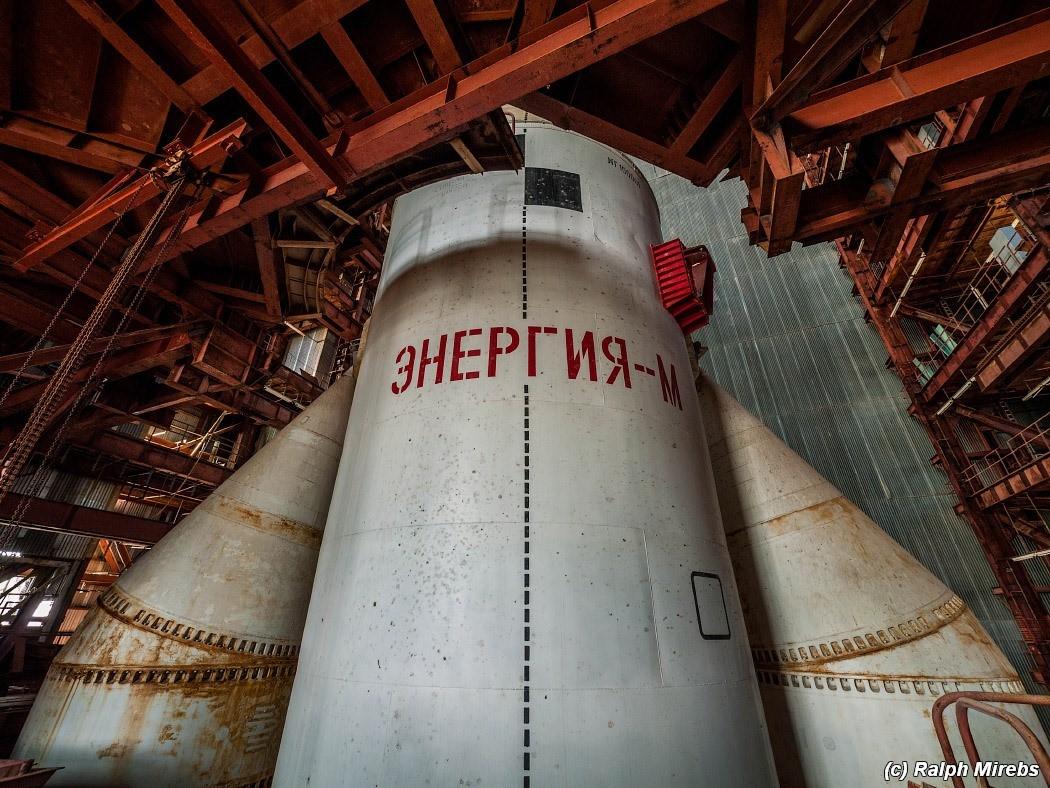 “The clock has stopped working,” says Mirebs, but the “overall and tehnologicheky layout has not changed over the years.” Desolation is here. 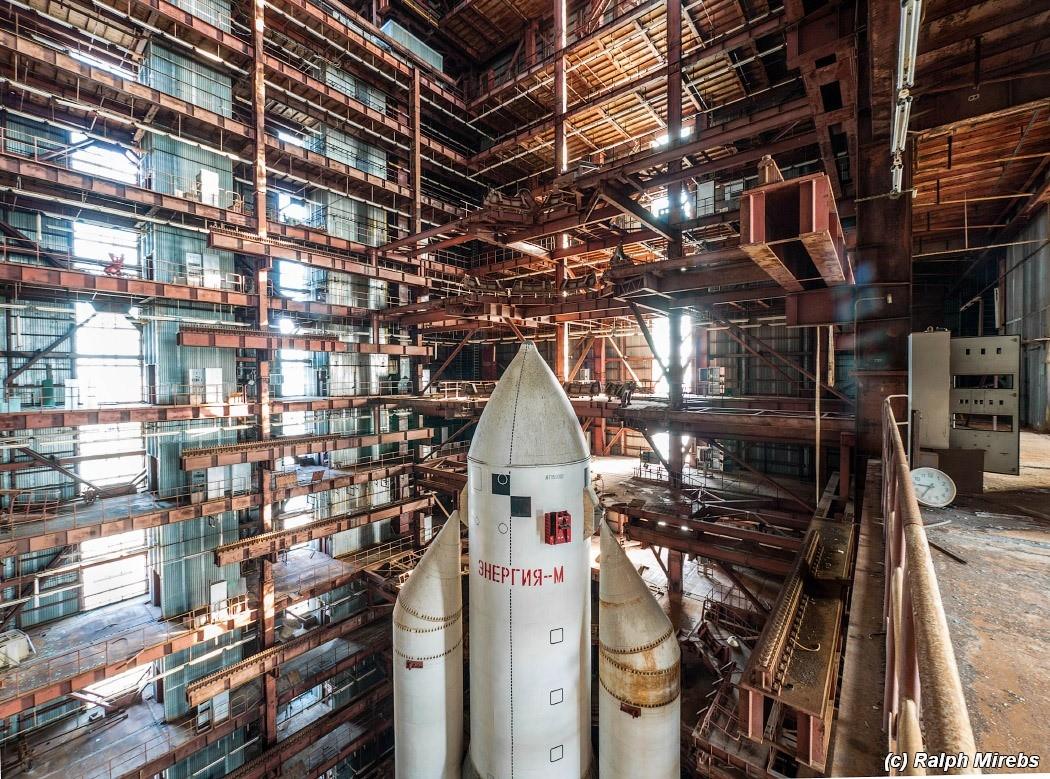 This rocket Energy-M never made it to space. Instead, rocket Proton – using “dirty” fuel – outgassed its opponent by using about half the amount of cash-for-fuel that Energy-M used. This rocket was meant to take flight, orbit the moon, and carry 12 tons of cargo while it flew. 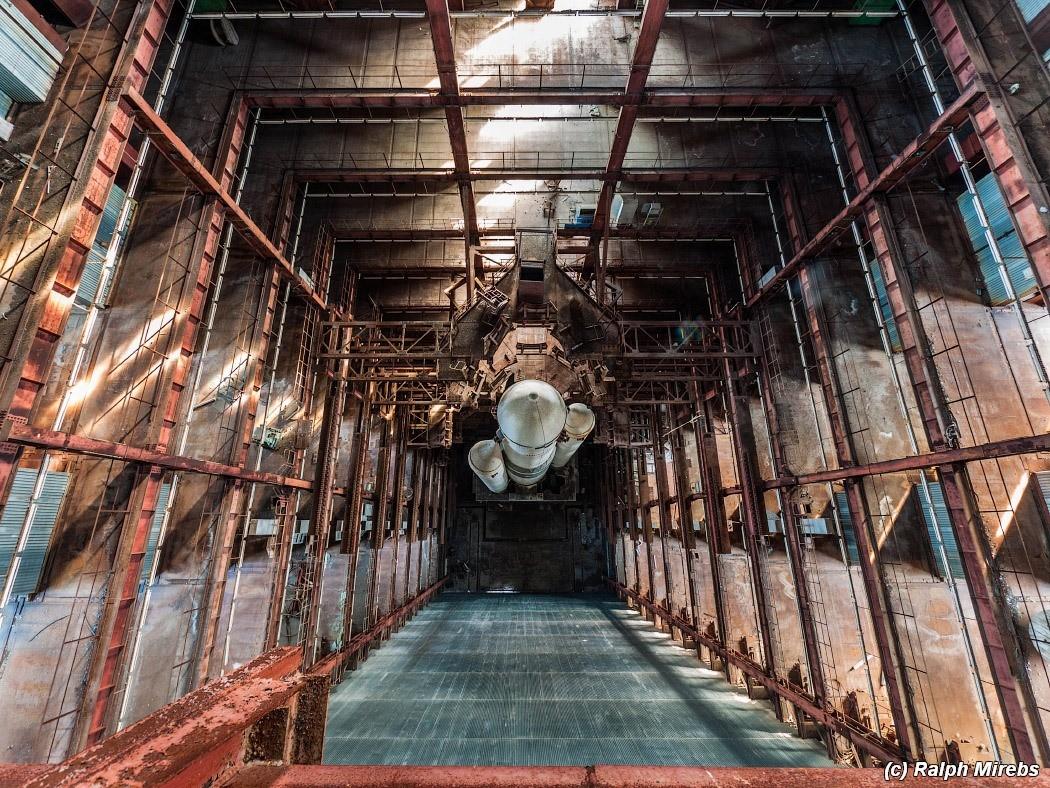 Observe the mind-glowingly less-than-perfectly applied graphics along the side of the rocket. The checkmarks are hand-painted. The lettering on Energy-M is hand-stenciled.

This rocket was meant to go into space! 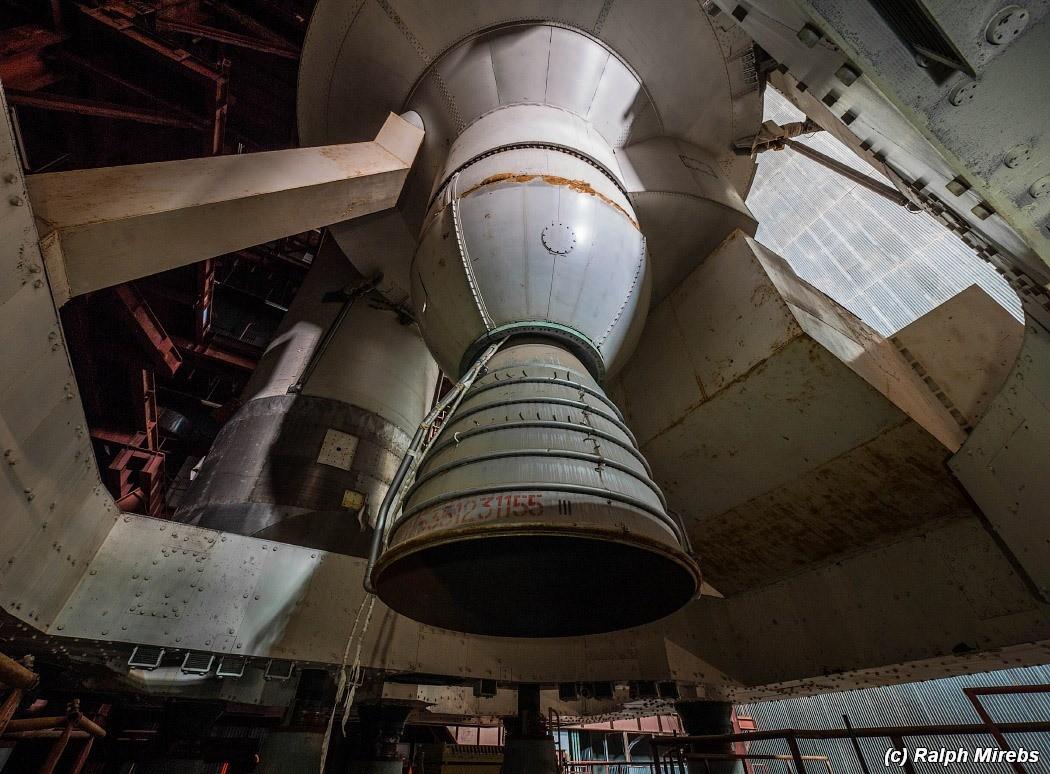 On the side of one rocket you’ll find the equipment number N5251231155. Inside, this machine was meant to thunder out a 190 ton thrust using liquid hydrogen and liquid oxygen at first flight.

Rust covers the masses. Pipes and pylons, beams and sheets of metals of all sorts.

A single crane rests near the top of the structure with windows around and beneath itself, allowing the driver to see hundreds of feet below. 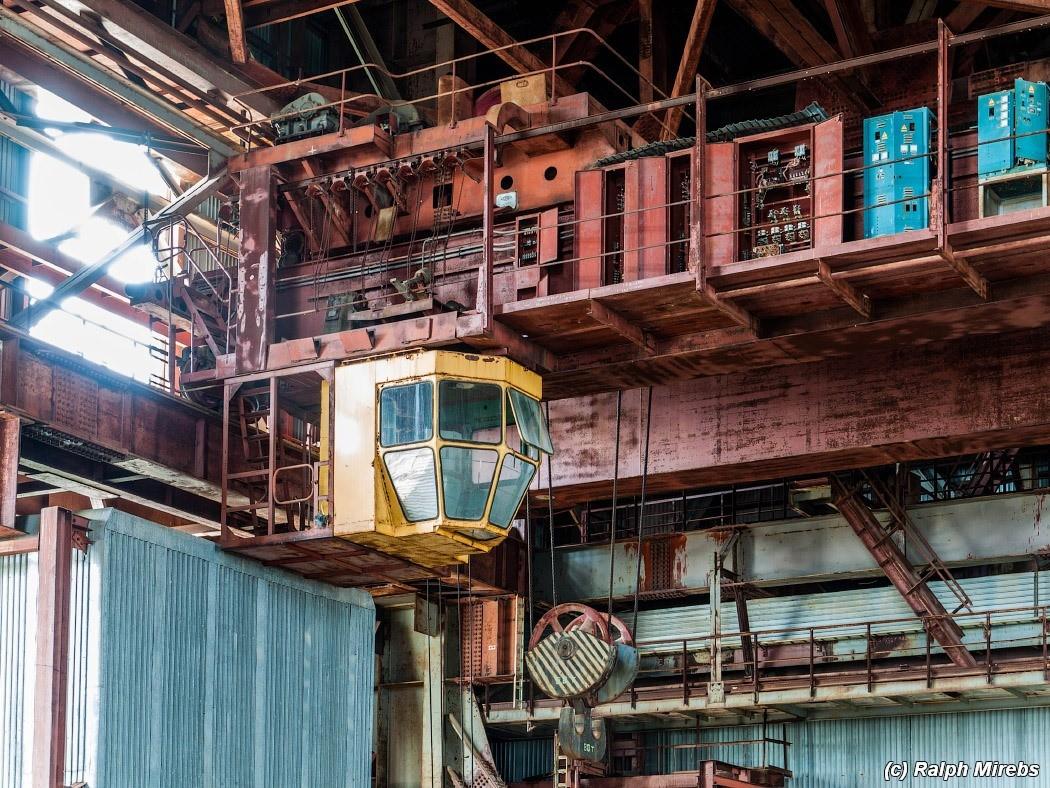 A set of two land vehicles sit outside another nearby facility prepared to move rockets from one building to the next. We wouldn’t be surprised if Mirebs enters this building next. 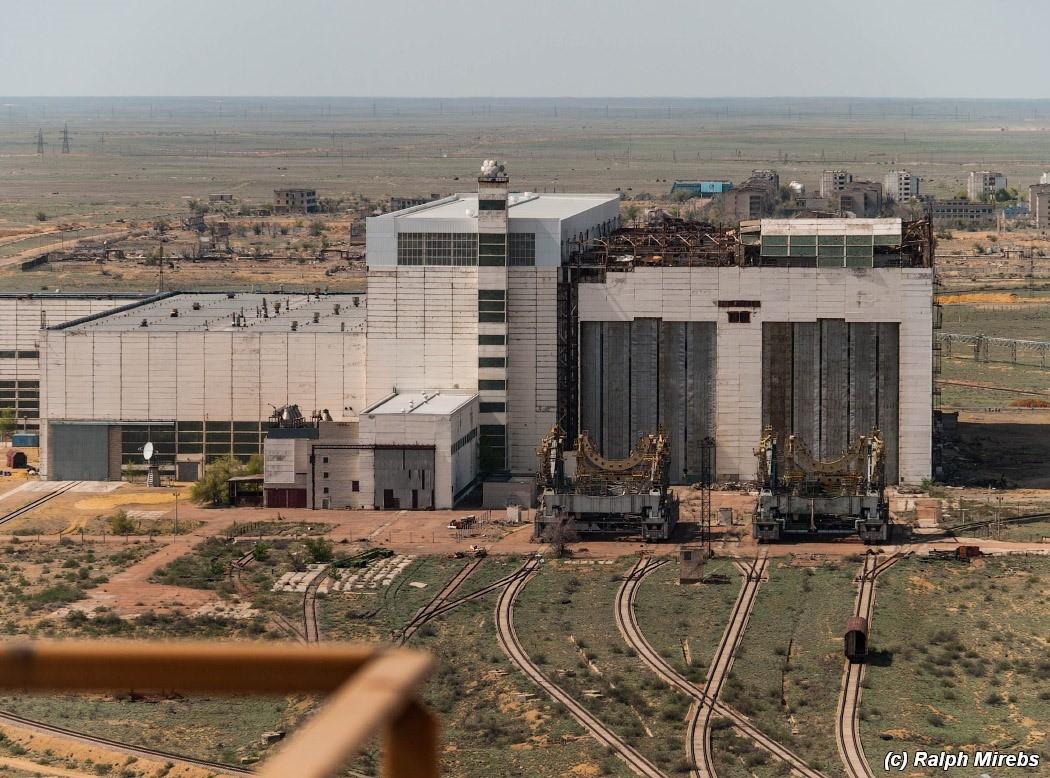 Also note – we do no condone people entering secret or otherwise off-limits buildings such as these to take photos. It’s not worth getting caught – if there’s danger of getting caught – or killed.