Inside the graveyard of the USSR’s space shuttle program

“It belongs in a museum,” we shout, as we scour this collection of photos of the MZK building. This is Site 112A at Baikonur Cosmodrome, Russia’s space launch facility – the world’s first operational space launch facility, mind you, and the largest. Photographer Ralph Mirebs entered the ruins of a once great piece of space race history earlier this month, and below lies the results of his efforts. Inside this facility are two spacecraft, the second and third in a line that included Russia’s answer to NASA’s Space Shuttle program.

This is just one building in a wide environment called Site 112A in Kazakstan at the Baikonur Cosmodrome. This building goes by the name of MZK. The MKZ, also known as the Assembly and Fueling Complex, may very well be the first set of human-made ruins in which a spaceship resides.

The map you see above comes from RussianSpaceWeb. The blinking red arrow shows Baikonur, the general area this building resides.

Below you’ll see several relatively small images captured by Anatoly Zak back in the year 2000. These images also come from Russian Space Web.

It is unknown why no larger versions of these photos are available, and Zak has been unavailable for comment. Until now, these photos of the site were as good as images got.

The location we’re entering here with photographer Mirebs is the more horizontal facility seen above. This is the MKZ, the Assembly and Fueling Complex. 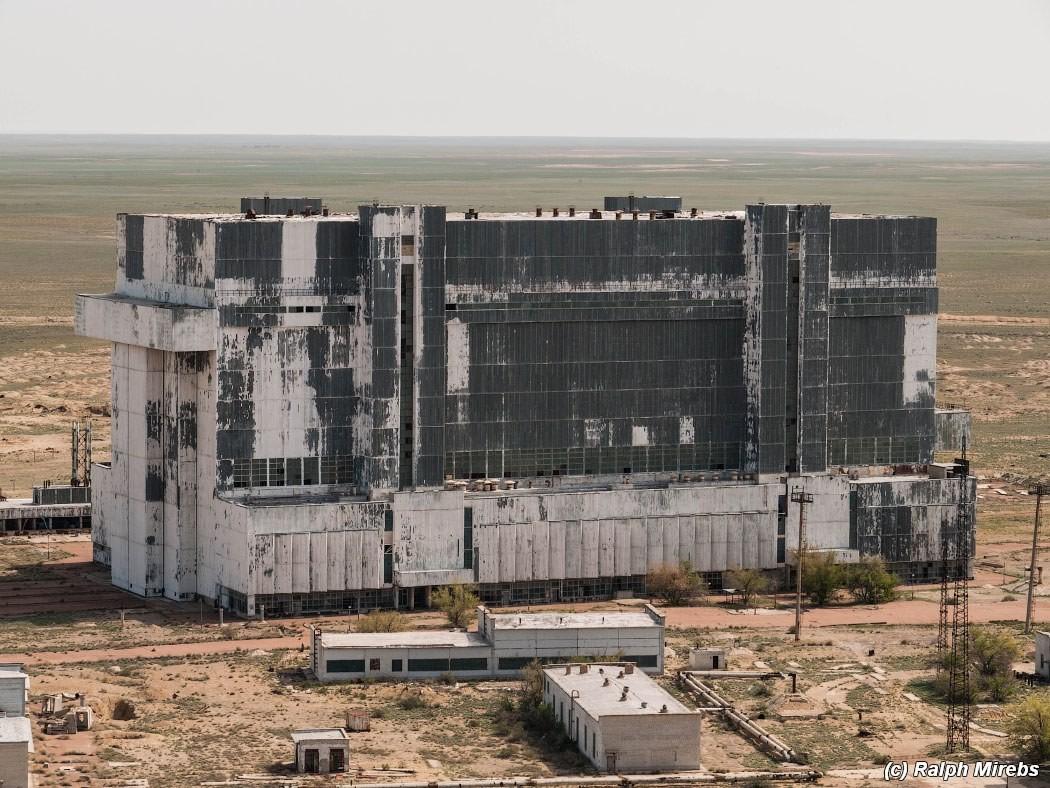 This structure was made to withstand “the pressure of the shock wave arising in the event of a possible explosion of a heavy launch vehicle from the nearest launch site.” 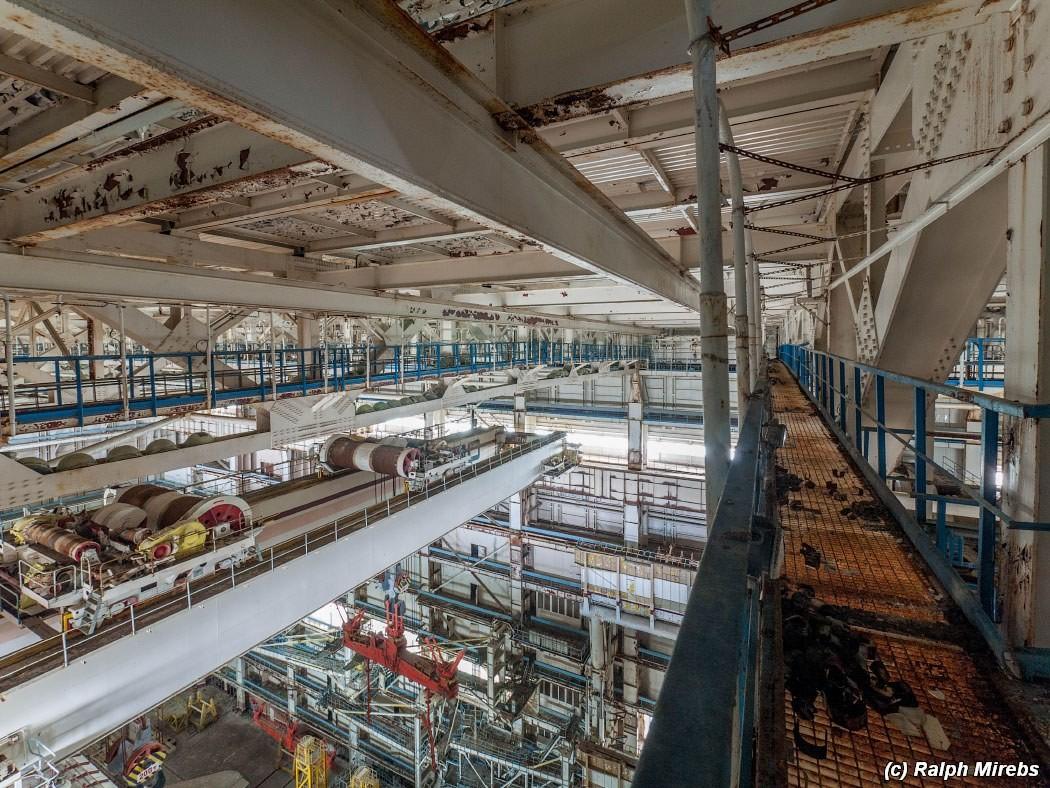 All doors to this building were sealed shut while in operation.

This facility could not operate without a dust-free environment – an artificially created high atmospheric pressure system was contained. As you can see now, the “no dust” protocol has long since passed. 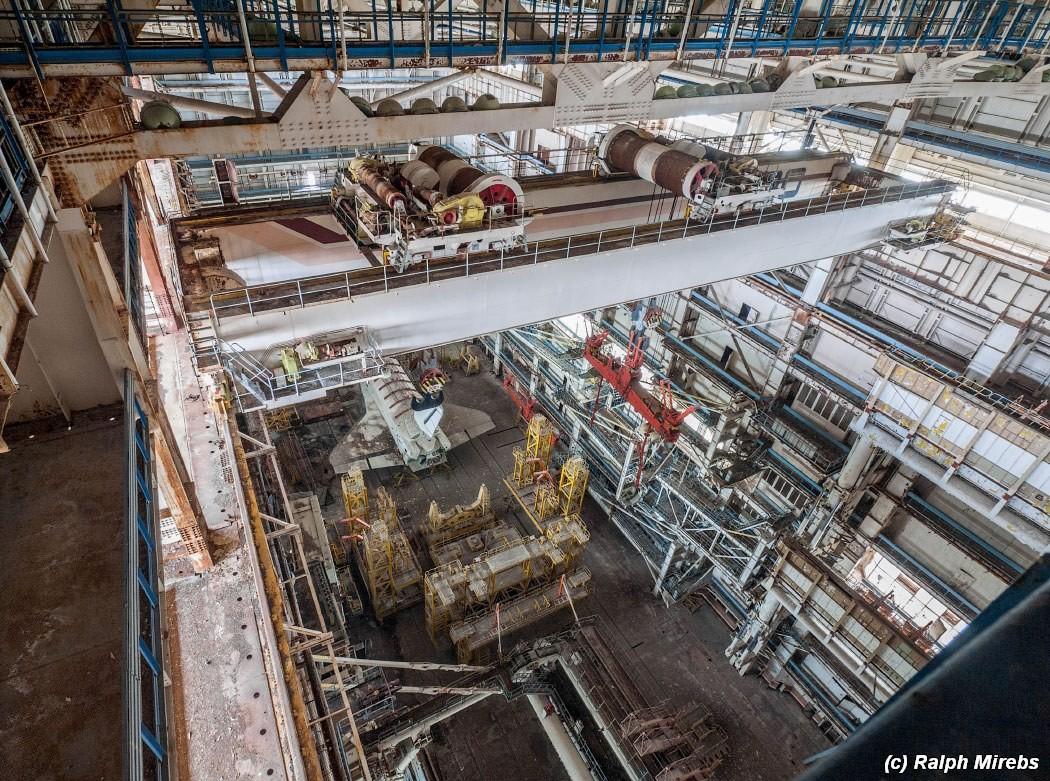 If you’d ever entered a sporting arena with a pillowy top – like the Metrodome in Minneapolis, Minnesota – you’d know that feeling of air rushing out whenever exterior doors went ajar. 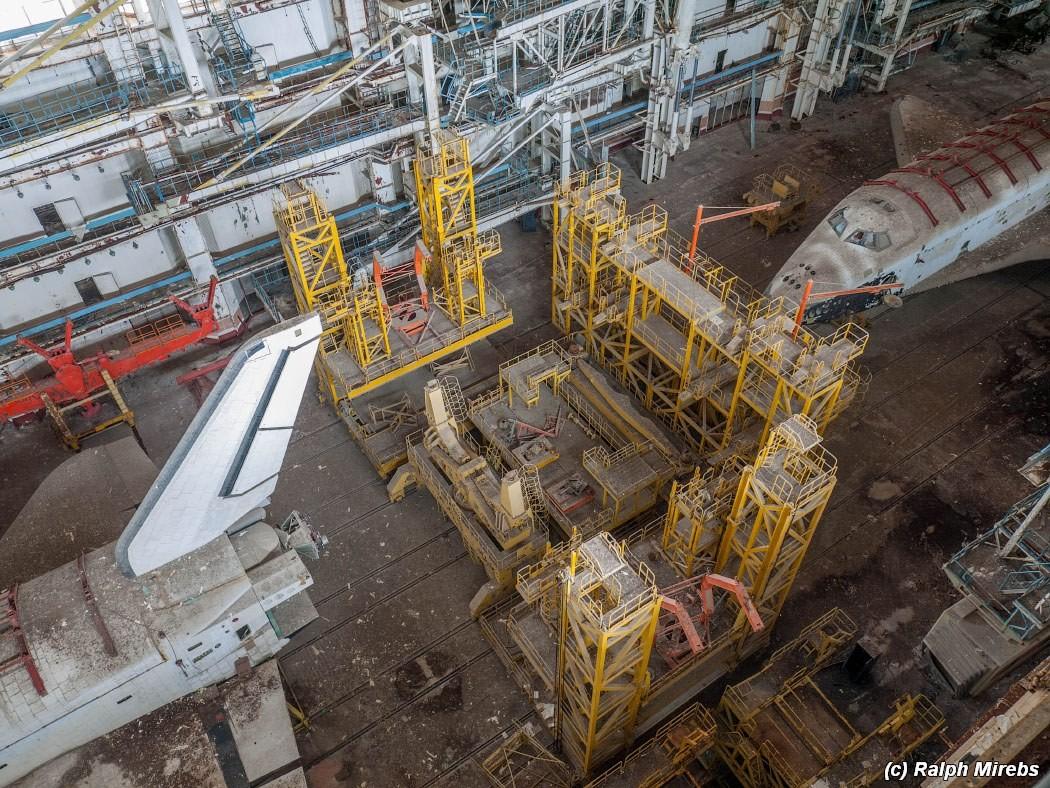 Two ships still remain inside this facility. One is the second prototype for the first Buran craft. That craft was the first Russian orbiter to have flown around the planet, having done so in November of 1988. 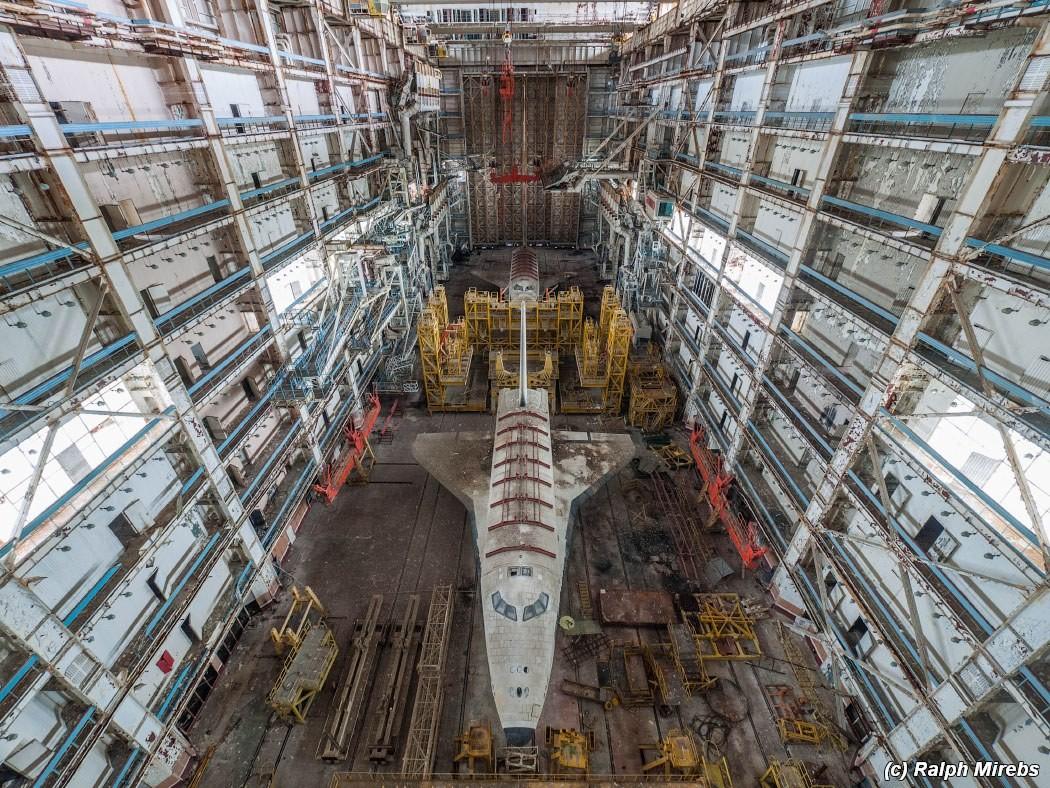 As the first craft, OK-1K1, was destroyed in an earthquake in 2002, this OK-1K2 has become all the more important. Russian authorities, as you might very obviously be aware, don’t necessarily agree on this matter. 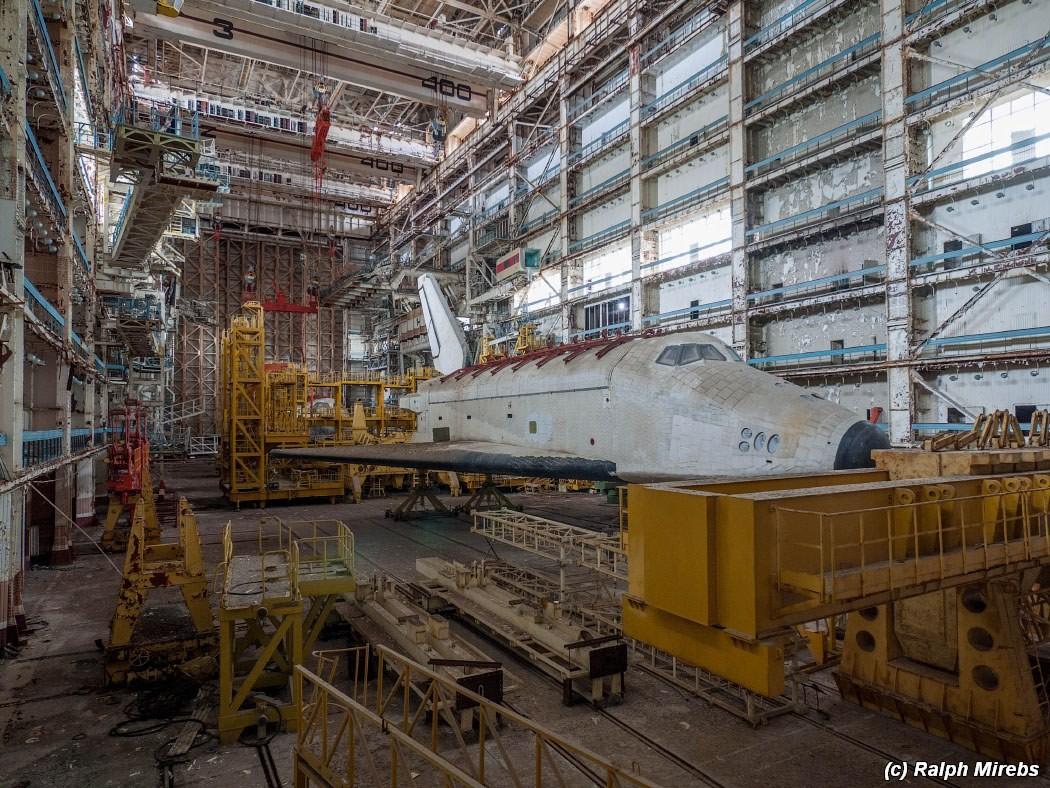 The second craft was an OK-MT craft technological layout. This means it was made for testing “pre-launch operations”, not meant to take off into space itself. 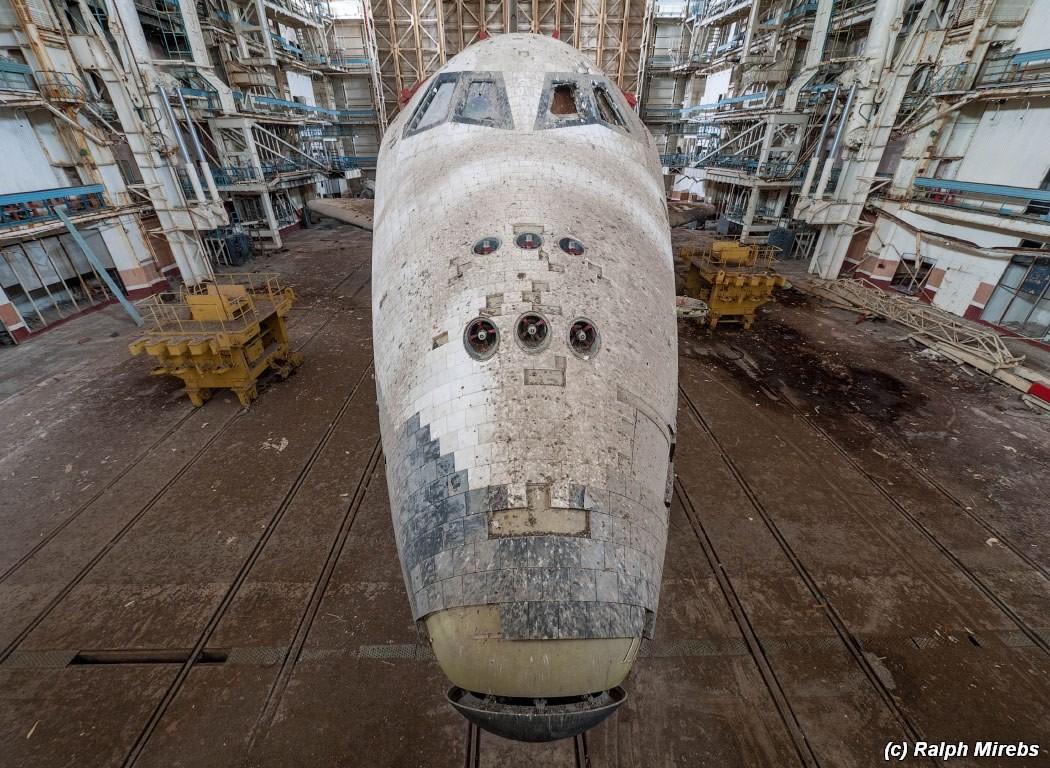 Time has not been kind to these monstrous space vehicles. According to Mirebs, “part of the thermal protection tiles fell off, cabin windows broken, wing and fuselage covers a generous layer of bird droppings accumulated on more than twenty years.” 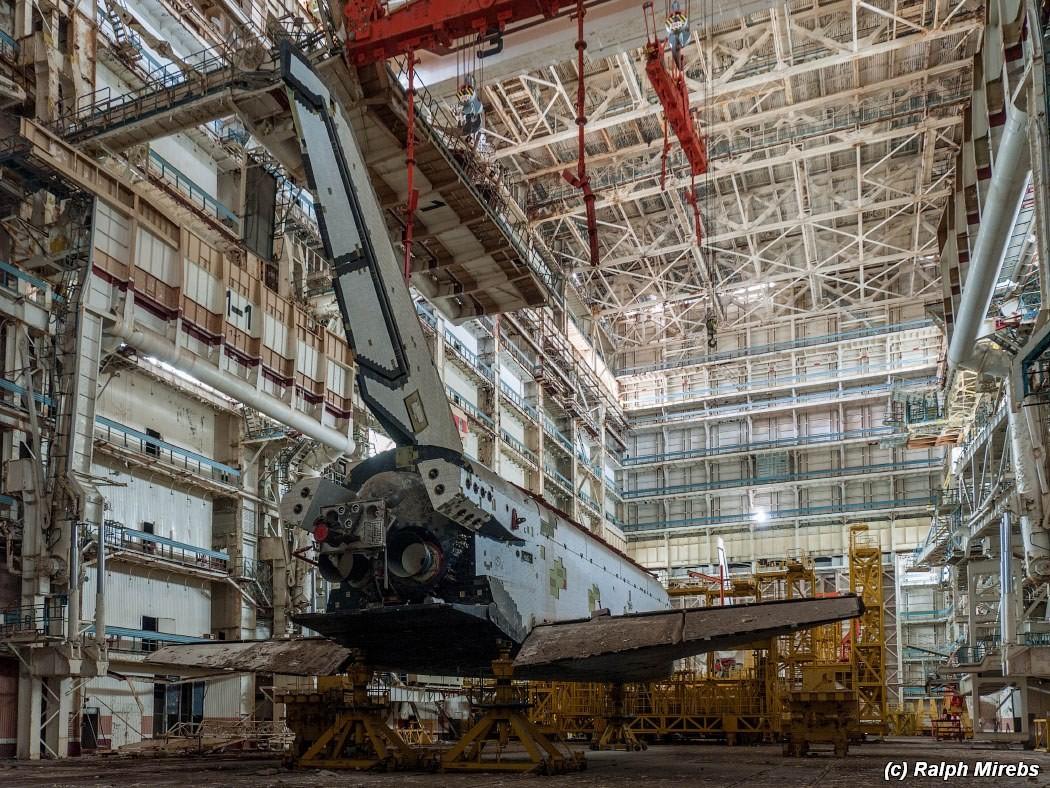 Above, the back of the OK-1K2 (codename, Буря, or “Tempest”) is shown here with propulsion system relatively intact. Mirebs suggests that the container for this craft’s brake parachutes has either been removed or stolen. 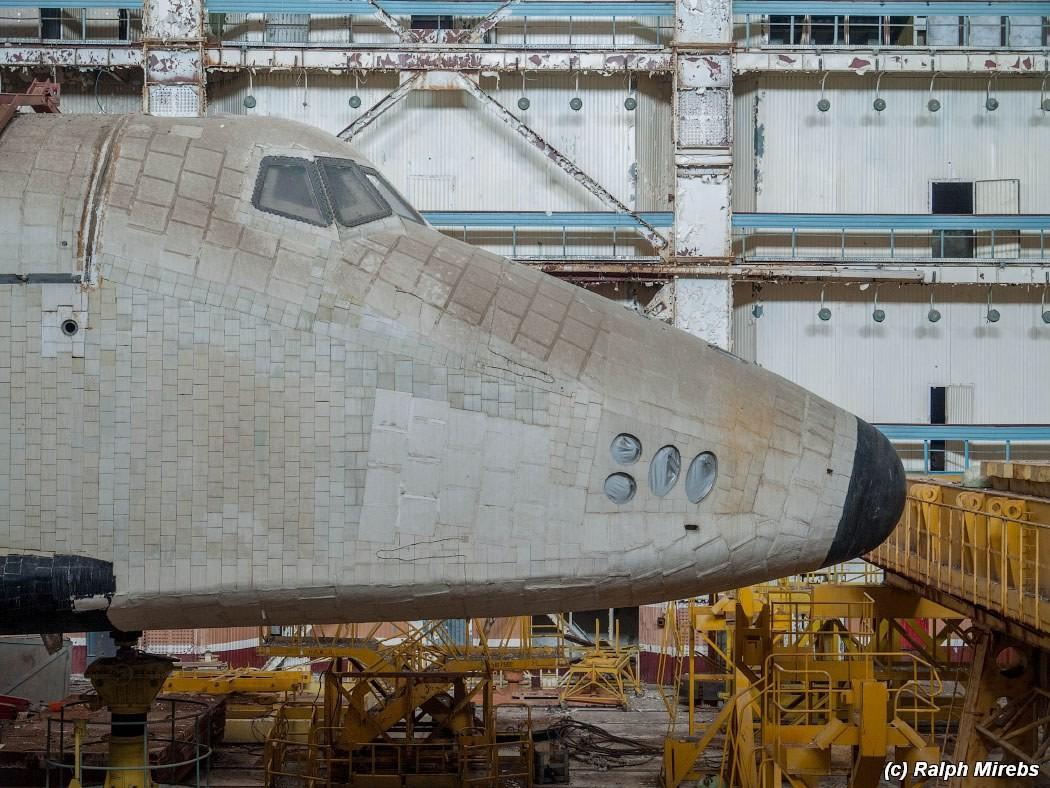 Below you’ll see a collection of photos Mirebs captured of the interiors of the craft. Look like something you’d like to be floating around in? 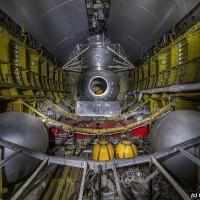 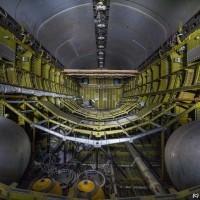 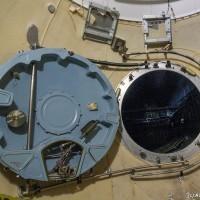 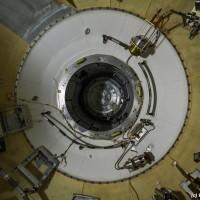 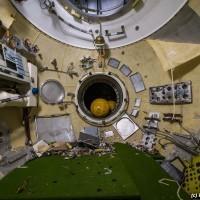 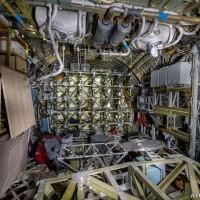 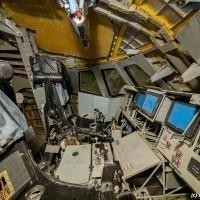 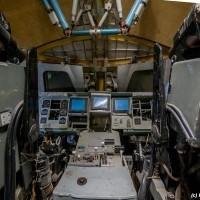 The last image you see here was captured by Mirebs and imparted to us with the following quote from a song: “Rise My God! From ashes rise! Awake, my God! Rise from the ashes!” 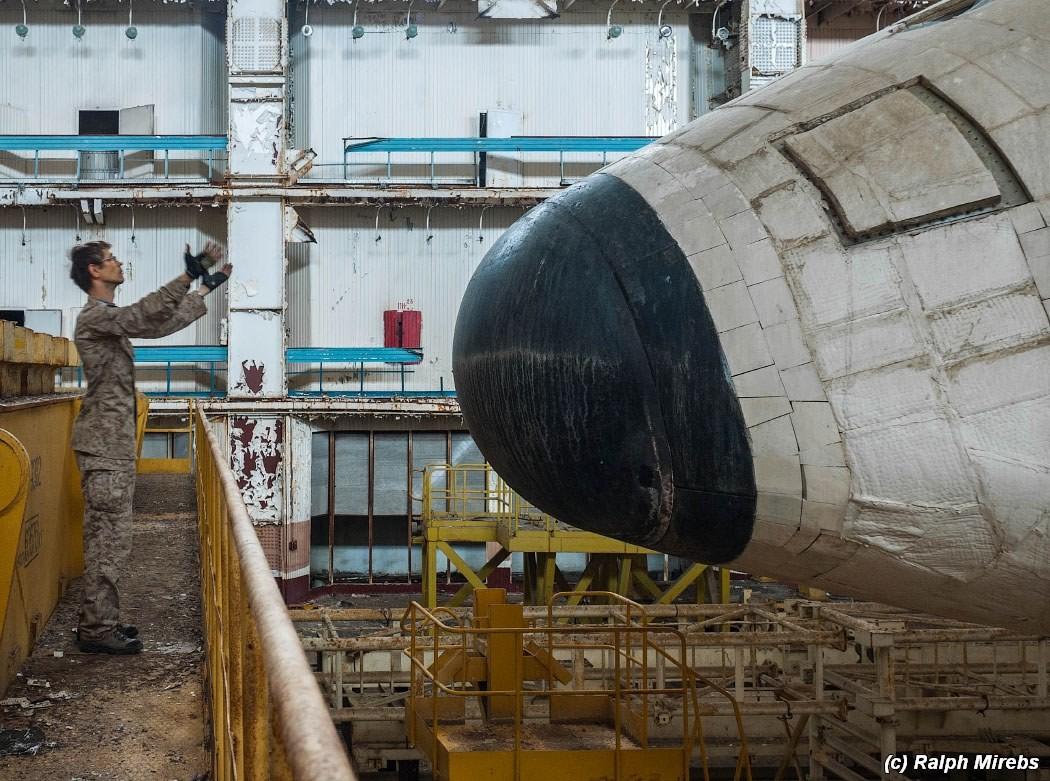 The song Mireb wishes to include with this presentation, Yuki Kajiura – Otome no Komoriuta, is also included above. If you DO expand the song on YouTube, we recommend you pay no attention to the completely unrelated image.

For additional imagery, hit up Ralph Mirebs’ LiveJournal, and encourage him to continue to explore!