Another Monster Hunter Nintendo Switch – this one’s tricked out in black, gray, and gold 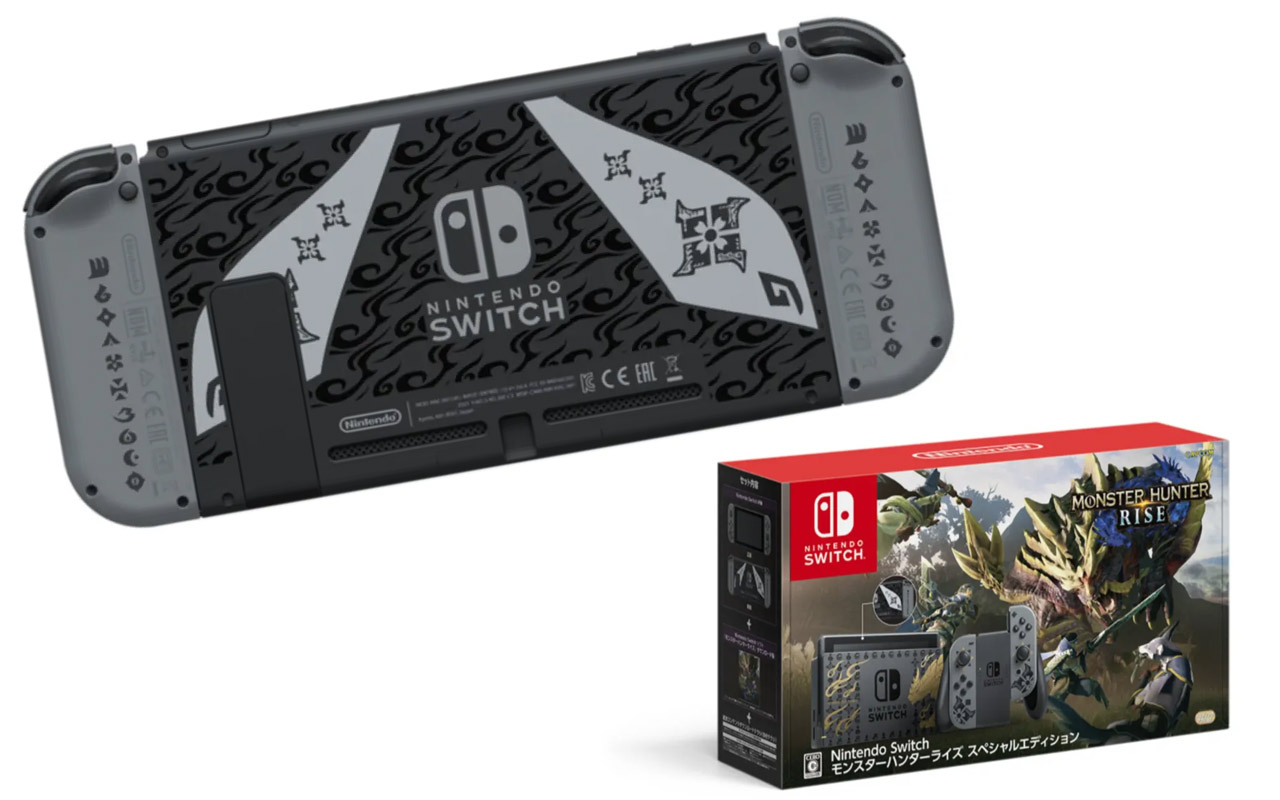 Some special edition consoles emblazon said console with a single emblem, a tiny icon, or a simple re-coloring of elements. This one is wild. This one’s more like a tricked-out low-jacked classic vehicle with pinstripes and flames (so you know it’s going fast!) Now, if only they were allowed to go the extra mile, like Microsoft did with the Gears of War 4 Xbox One S! THAT was a custom console worthy of its name! 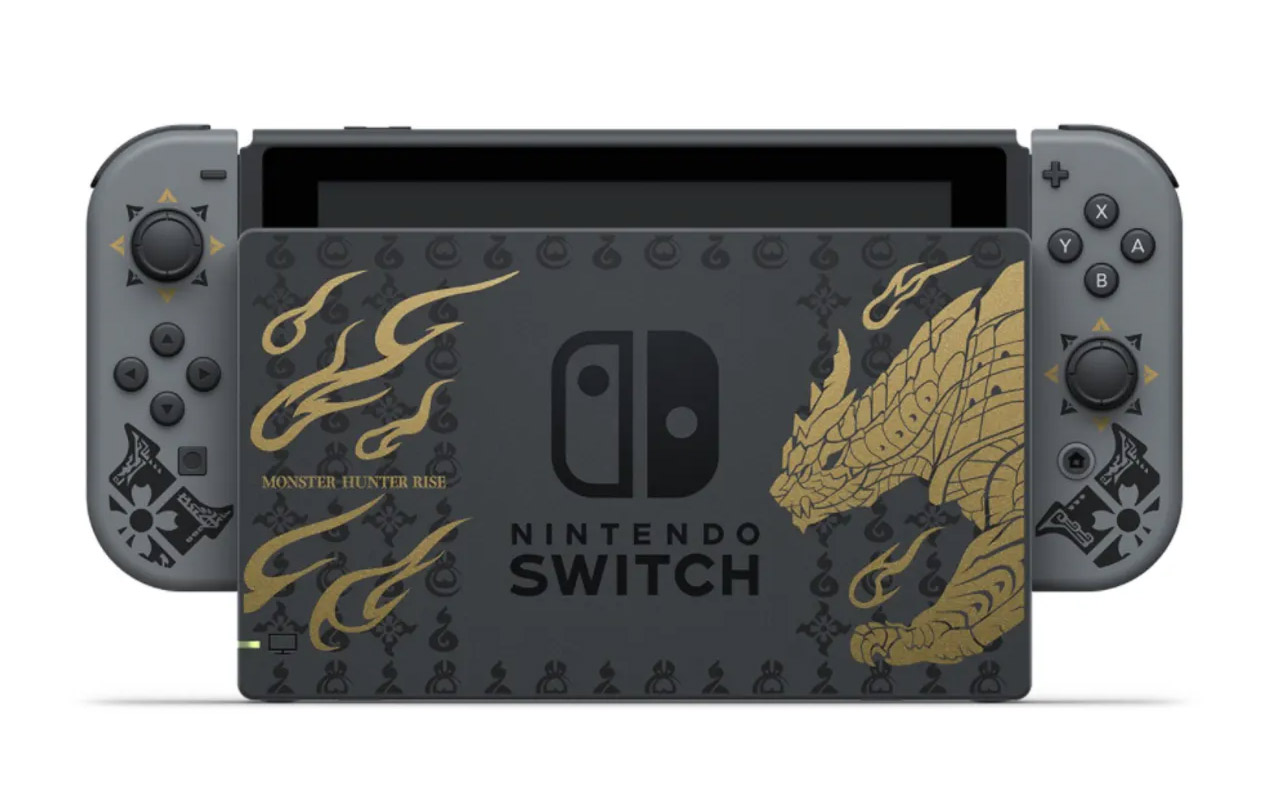 The only unfortunate part of this Nintendo Switch Monster Hunter package is the limited edition nature of its release. If you live in Japan or the UK, you might see this version of the Nintendo Switch in stores soon. The device will be cost approximately 38,400 yen in Japan, right around $370 USD (roughly), and you’ll get Monster Hunter Rise preinstalled on the console – with a code for extra downloadable content. 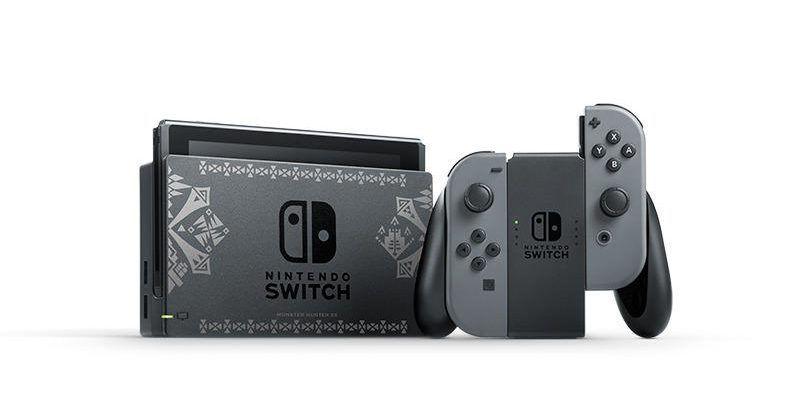 The old version had some light gray ink decorations for the first Monster Hunster XX. That Monster Hunter XX Nintendo Switch was released all the way back in June of the year 2017. Imagine being Nintendo, so well equipped to sell their devices that they’re able to release newly decorated versions year after year, while Microsoft and Sony aren’t able to keep store shelves stocked for more than a few minutes at a time.