With the first round of Android Wear smartwatches inbound, a collection of Android Wear apps have been amassed in the Google Play Store. About 25 apps for the wearables are available, including offerings from Evernote, The Guardian, Fly Delta, Duolingo, and more.

The Android Wear apps collection was announced on Google+ today, with Google encouraging developers to get on board with the platform. In addition to the collection, Google has also pushed out the Android Wear companion app, now also available through the Google Play Store. 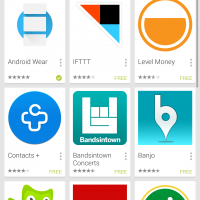 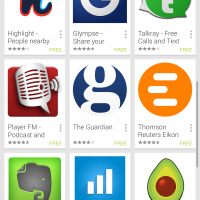 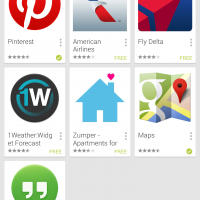 As its “companion” designation indicates, the Android Wear app is for those who plan to own an Android Wear smartwatch, allowing it to be controlled with one’s smartphone. You can check out what it looks like in the screenshots below, and head on over to the Play Store to see if it is compatible with your device(s).

What devices are forthcoming for those ready to take the Android Wear plunge? We’ve recently reviewed the LG G Watch, a square wearable that has been touted alongside the upcoming MOTO 360. There’s also Samsung’s Gear Live, which we’ve also reviewed in-depth.